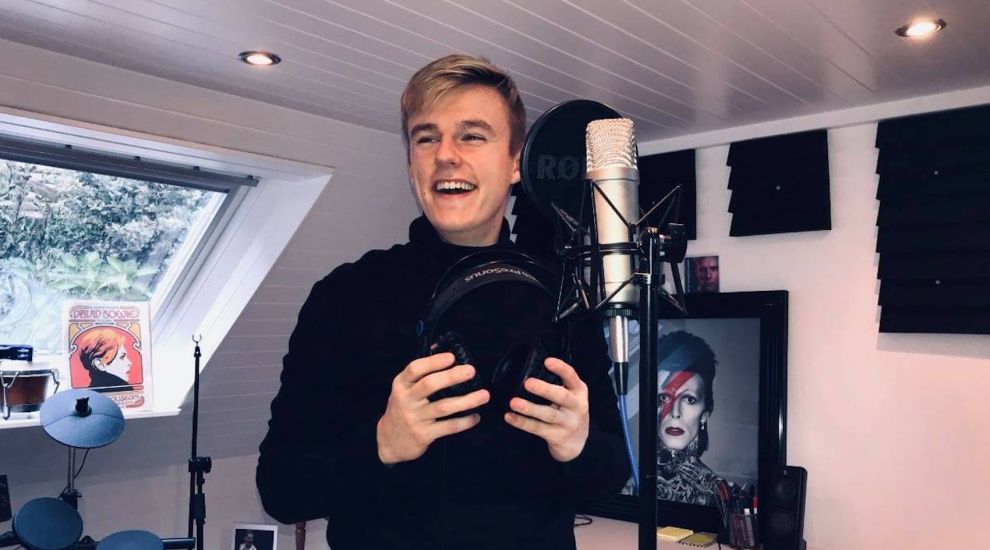 A Queen, Bowie and Elton John-inspired local songwriter is releasing an album inspired by his struggles with mental health to shed an "honest light" on the topic and reassure others in need.

‘How to not fall apart’

Jersey-born singer-songwriter Rich Allo fell into music at a young age. After getting his start singing nursery rhymes on the park swings, he discovered Queen and David Bowie at the age of five and decided he wanted to be like them.

He first learned to play guitar and drums, before starting to sing professionally in his teenage years. He then discovered Elton John and was inspired to play the piano, which is now his favourite instrument.

Rich spent several years performing songs from his main inspirations, as well as Ed Sheeran, but in 2017 he decided to start writing his own and turning his poems into lyrics. As an “emotional person”, Rich says his mental health and state of mind have always been a huge influence in his music. While he is always writing about “everything about what’s going on inside his brain”, his latest album, which is being released today (26 November), is his most personal to date.

'How To Not Fall Apart' features 11 alternative pop-rock songs inspired by Rich’s experiences with mental health in 2019, which was a “very challenging year” for him.

“I experienced a lot of trauma in my personal life and my mental health hit an all-time low," Rich explained.

“For a long time, I felt very lost and insecure and plagued with an identity crisis, but 18 months of therapy and deep personal reflection helped me to process everything - how to embrace my fears and insecurities, and I guess give closure to some very dark times.

Rich said he has found a sense of comfort in many of Keane’s songs when he feels like his world is “spiralling out of control", saying ’Somewhere Only We Know’ and ‘Day Will Come’ have such a "beautiful optimism" that never fail to make him feel better.

Rich explained writing his own songs helped him and he now hopes they will help those who are struggling with their own mental health.

“There’s a track called ‘What Have You Done?’ and writing this helped me to process my battle with anxiety and understand myself better, so creating this one was definitely comforting,” Rich said.

“The more I wrote the more I found there to be a unity between the songs and from here ‘How To Not Fall Apart’ was born. These are the most personal songs I’ve ever written and I hope they reassure people struggling with their own mental health.

“I’ve learned so much about myself over the past two years, and one of the most magical things I’ve discovered is that we’ve all got so much strength inside us - even when we feel like we’ve got nothing at all. The fact that we’ve been able to shed so many tears and still be here is so, so beautiful. We’re all heroes, and we can all defeat whatever comes to challenge us."

The majority of the songs on Rich’s album are alternative but he has also sprinkled “many flavours of pop and modern rock”.

“Some are very explosive and uplifting like ‘Tornado’, some are extremely sad and vulnerable like ‘Another Lonely Dream’,” Rich said. “Overall they’re tinged with a sense of honesty and hope that I’d like to think people will be able to relate to.”

Following the release of his album, Rich will be at the Royal Hotel on Sunday (28 November) for RampArts’ fundraiser in support of Headway Jersey.

Next month, he will make his musical debut at the Royal Jersey Showground as Carl Bruner in Jersey Green Room Theatre Company’s production of Ghost. 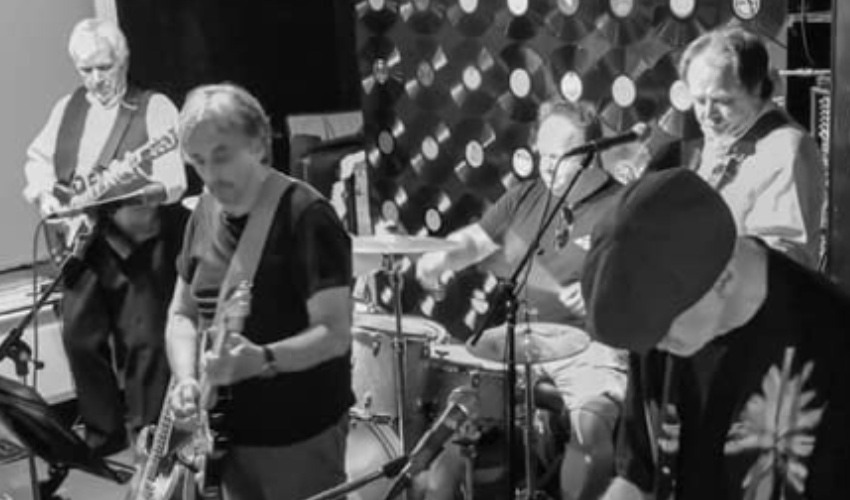 After a two-year absence, one of Jersey's longest running bands is back playing this evening.

The Electric Blues Band, which has been playing to islanders for three decades, is performing at a new venue – Chambers – between 8 pm and 11 pm.

The five-piece – Steve on vocals, Leon on lead guitar, Brian on bass, Roger on keyboard and Tim on drums – have made a short from their old home The Blue Note to 5 Mulcaster Street.

After this evening, the band is hoping to return to Chambers in the New Year for more regular gigs.

Underwater photography at The Space 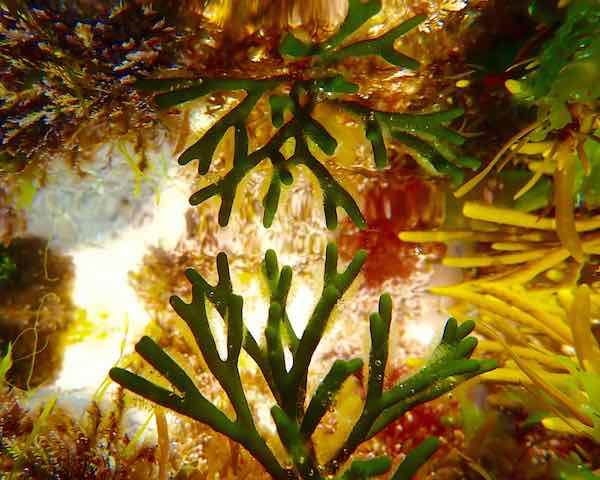 Pictured: Nicola Miskin has been taking underwater photographs for the past three years.

Photographer Nicola Miskin is showing the result of her underwater explorations at The Space until 3 December.

After a BA Hons degree in Applied Photography, Film and Television at Harrow her my 20s, Nicola went to work into fashion and bookkeeping before starting a family.

In September 2018, she started sea swimming and received a “third hand underwater camera”. Passionate about photographing anything to do with the sea - colour, reflections, distortion and seaweed – she discovered new avenues with her new gear.

“It was some months before I discovered how beautiful it was below the surface,” Nicola said. 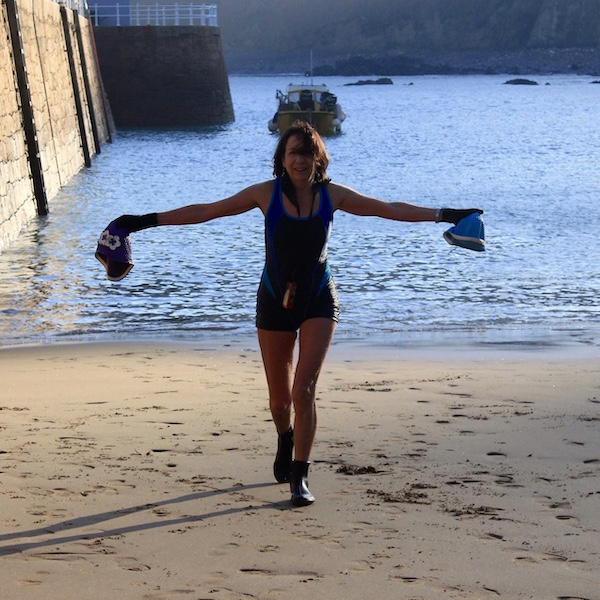 “Suddenly I had found something that re-kindled my photographic creativity. It’s a challenge taking photos underwater, the sea moves all the time, the subject moves, and I am being thrown around in the swell and most of the year it is cold, but I love it!

“We are so lucky in Jersey, so many beautiful and different bays.  I swim all around the island, depending on wind, tides and how much time I have. Inevitably swimming around work and family commitments mean I swim more often in the bays closer to home.  But I really can’t say I have a favourite location, the sea is always beautiful and the swim is always amazing, even in the coldest seas in winter!”

Along with Nicola’s photographs, the Space is showing work from local illustrator, print enthusiast and designer Kirstie Fulton and Manchester-based artist and designer, Reesha.

After two years of delays caused by the pandemic, a series of photographs portraying the bodies of local mums, including their C-section scars, stretch marks and breastfeeding boobs, is on display at Jersey Arts Centre.

‘Motherhood’ is the result of the collaboration between midwife and 'Positive Birth Jersey' founder May Bourne, and photographer Sophie Darwin.

The pair met when May delivered Sophie’s baby on Boxing Day and their different perspectives sparked up the idea of a photoshoot that would help promote body positivity among local mums.

With new mums experiencing a lot of pressure to look a certain way and body positive messages not always applying to motherhood, May and Sophie wanted to show that mother’s bodies come in all shapes and sizes.

“We want to celebrate the beauty of your post-birth body, and offer a realistic image of what motherhood looks like - the image that is rarely portrayed in the media and on Instagram!” the pair wrote at the time.

“We want to celebrate everything that comes with motherhood - stretchmarks, a change in skin, C-section scars, breastfeeding boobs and all. We believe that all post-partum bodies are beautiful and women are amazing!”

Another “Blues Rock and Roots” night

Blues star Giles Robson will be collaborating with international stars in the blues, rock and roots world to unique shows as part of a new concert series at the Blue Note Bar.

For the latest “Giles Robson’s International Blues, Rock & Roots Nights" he will be performing with the Cinelli Brothers tonight (Friday 26 November) at 19:30.

Marco Cinelli (Guitar/vocals) and Alessandro Cinelli (drums) created their band out of a common passion for the electric Chicago and Texas blues from the 60s and 70s.

Their hip interpretation of blues music combines a thorough understanding and love of classic blues with startling and refreshing new pop elements.

They spent the last four years performing on the international blues scene in front of audiences from Norway, Brazil, France, Spain and Holland and built a strong following with their showmanship.

“The Cinelli Brothers champion a new generation of passionate musicians sharing in the love of Blues, Soul, R&B and the true authentic sounds that have made the blues a cornerstone of music history,” Giles said. “The fact that they are drawing in new audiences as well as having gained the respect of the diehard blues audiences is a testament to how much freshness they bring to the music and how much great showmanship.

“The intimate Blue Note Bar is a perfect setting for this show, we’ve played together many times before and all there of us are looking forward to creating this never to be repeated show for Jersey.”