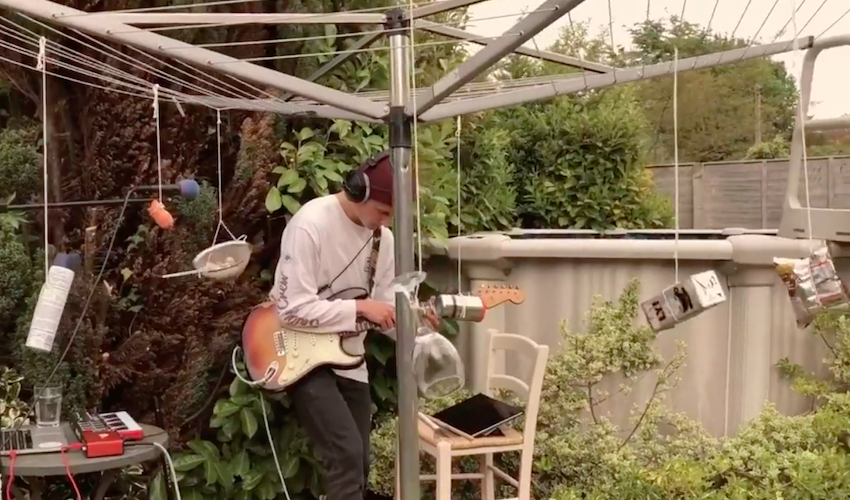 From a desire to get away from the island, to wanting to see your loved ones and using household items – including a bag of crisps and a tin of coffee - to create some music, local musicians have found inspiration in the middle of lockdown.

This week’s cultural offering is an entirely musical one, featuring Tom Rolls, Midriff and Alfie Butel.

Tom Rolls’ bio describes him as a “multi-instrumentalist, songwriter and loop artist”.

He recently got creative with his composition work using several household items turned instruments in a four-minutes loop.

A bag of crisps, a tin of coffee, a deodorant spray, a crunchy carrot, a sieve full of rocks and a glass – all hanging from a washing line – feature in the video, along Tom’s guitar, his loop pedal and his vocals.

Midriff - Come Back Running from ArtHouse Jersey on Vimeo.

During lockdown, the band relied on technology to work on covers of several songs, including ‘I Wish’ by Stevie Wonder and ‘What’s Up’ by 4 Non Blondes which they shard on their Instagram page.

Their first EP, ‘Signal’, was released last year and the band has now released a new original song on ArtHouse Jersey Presents.

Titled ‘Come Back Running’, the song was inspired by the anxieties of being separated from your loved one.

Video: An extract of ‘Mexico’.

18-year-old singer songwriter Alfie Butel has been performing since the age of nine and was the youngest musician to enter the Battle of Bands competition that year.

Since then, he has been busking, playing at charity events, weddings, funerals, open mics and other events, including the Island Games, Jersey Live, Weekender and every ‘Groove De Lecq’ since it started.

He performs solo or with his bands, Tibetan Funk and Mezra.

Now living In Brighton, where he says he is “messing about with different sounds to find something people like”, Alfie has taken time during quarantine to release covers and playing the odd livestream on Facebook.

He has recently released a new song, titled ‘Mexico’, which he says is about “getting away from it all”. “I think it’s something everyone can relate to, especially during our current situation,” Aflie said.

“As much as we love our wonderful island, you can’t ignore the size of the the world around us and the infinite amount of things to experience and discover.”