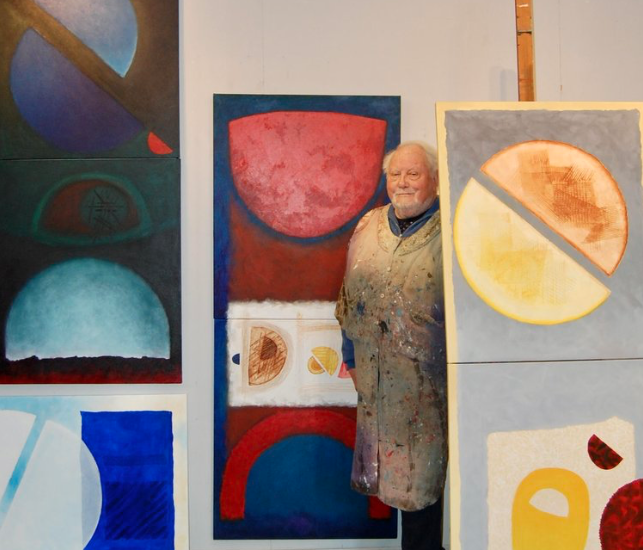 There is a variety of upcoming art and music exhibitions, as well as the announcement of the young winners of the Jersey Festival of Words postcard competition. People can get involved in an interactive art exhibition, make their own pottery, or take a picnic to the park for some family-friendly fun! 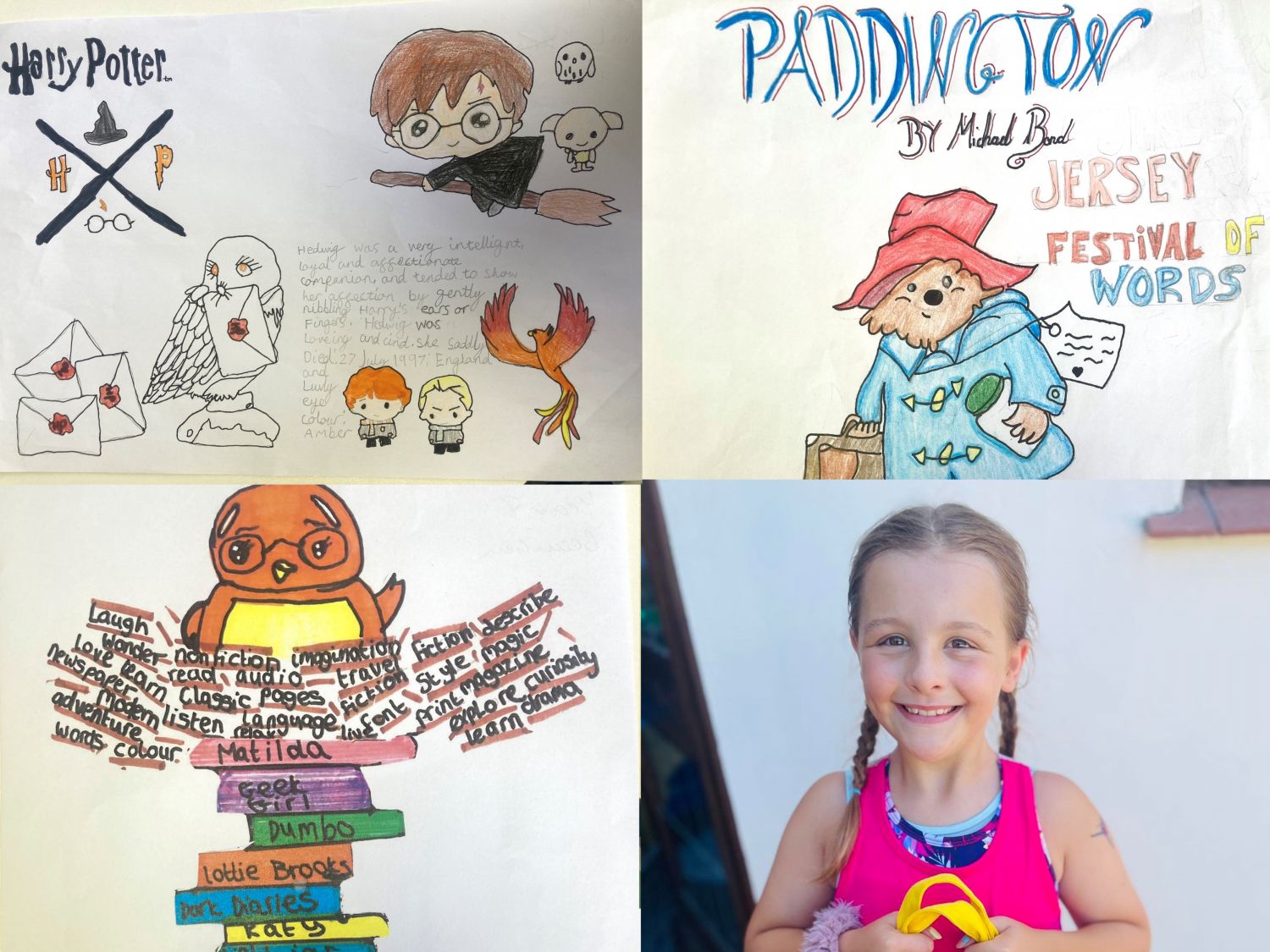 The winners of the schools’ Design a Postcard Competition as part of the Jersey Festival of Words have been announced. Over 100 entries were received from schools across the island celebrating books and the written word in different and creative ways.

Molly Smith was selected from Year 8, Olivia Cassiano from Year 5, and Ava Lucken (pictured) from Year 4, with each design now due to be made into postcards to be distributed at the Festival hub in Howard Davis Park. They each won a literary goodie bag worth £200 as well as tickets to their choice of events at the JFOW. 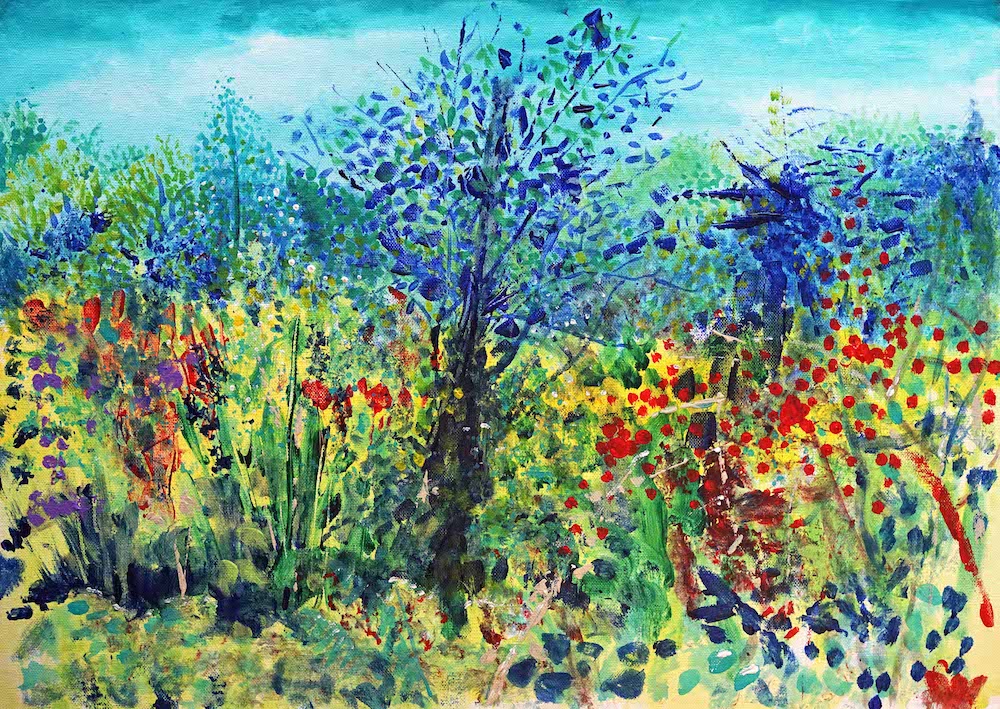 Julia Coutanche is a Jersey-born artist who works instinctively and spontaneously, fascinated by spirit of place; inspired by rural and coastal views, nature, words and music; she uses the power of colour to create vibrant and expressive paintings.

Julia studied graphic design and specialised in illustration at Camberwell School of Art; then she studied animation at the Royal College of Art. Drawing has always been central to her creative process and for over 30 years Julia has taught drawing classes for adults.

This exhibition of recent paintings is her fifth solo show. It features a variety of abstract and figurative subjects in acrylic, some with collage, painted outside on location or developed from drawings or other sources.

The Link Gallery at Jersey Museum is open daily 10am to 5pm and entry is free. Julia's painting will be exhibited there from 1st to 30th August. 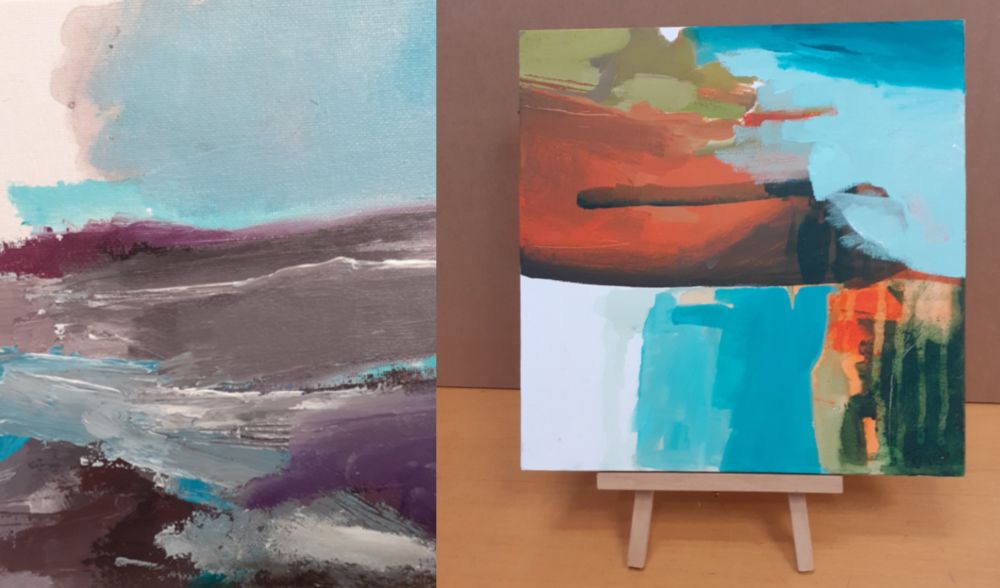 The significant impact of these life changes left Graham suffering from poor mental health and panic attacks. Recognising that he had to take his mind off his problems, and with encouragement from his wife, Graham felt a pressing need to reconnect with art which had been a big part of his life before his strokes.

Graham now paints from memory, revisiting inside his head the memorable places and the natural world he has always loved so much. His imagination has also been fired by listening to Robert MacFarlane’s The Wild Places, which is available as an audiobook.

Graham is right-handed and still able to wield a paintbrush, however some techniques have helped him when working on his paintings. To ensure the edges of his canvas are apparent to him, Graham positions it on a contrasting background.

An exhibition of Graham’s paintings will feature at Jersey Library from 5.30pm on Thursday, 11 August to 8 September.  Half of profits from sales will go to EYECAN, the charity which supports islanders with sight loss. You can find out more about their work here. 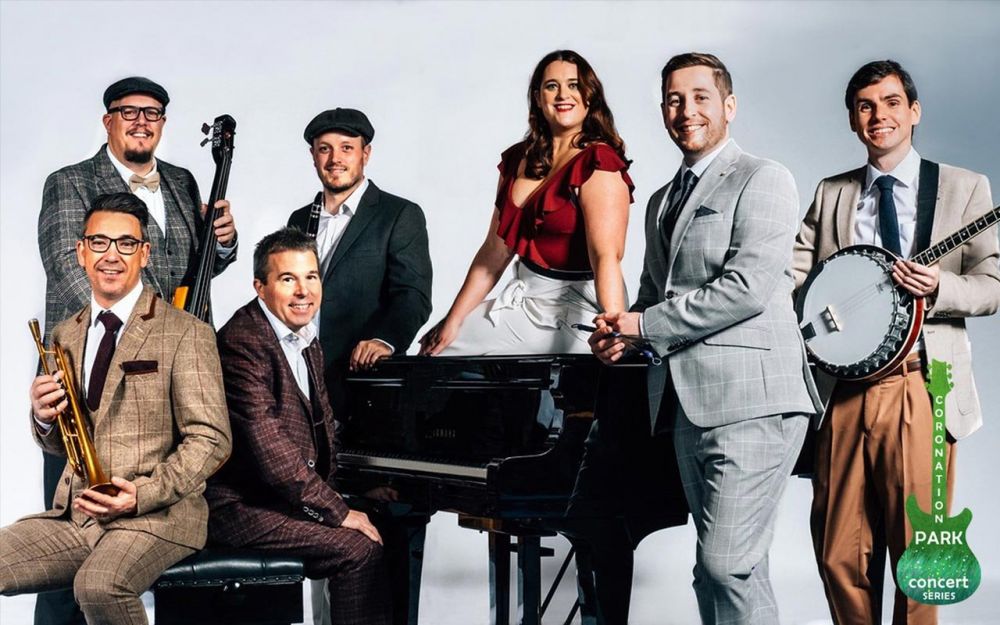 Jersey Arts Centre are offering a series of different concerts at Coronation Park this week, including jazz, blues, classical, and disco music:

BLUES IN THE PARK - 13 AUGUST: 7PM
Blues to make you feel good from The Engine, Ferret and Olly, Giles Robson and special guests.

FAMILY PICNIC IN THE PARK - 14 AUGUST: 2PM
The only afternoon show in the concert series, the show promises to be entertaining and fun for all the family!

JAZZ IN THE PARK - 14 AUGUST: 7PM
A concert featuring some of the finest jazz Jersey has to offer - from Retro Gramophone, Dave Andre and Rex Moss, Georgi Jazz and The Kings of Swing with Tony Gardiner.

A CLASSICAL CROSSOVER - 15 AUGUST: 7PM
Spend a sophisticated evening with Wonderbrass and Ida. 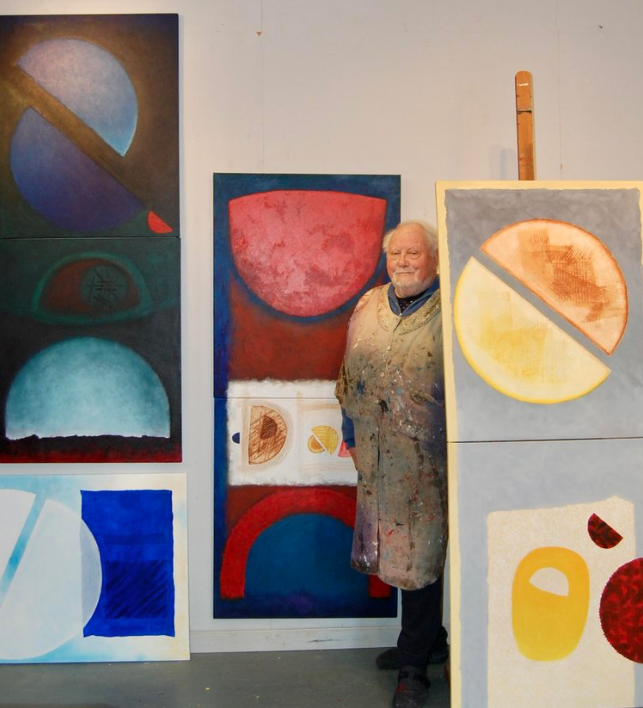 ‘Entr’acte Variations’ by Paul John Kilshaw launched at ArtHouse Jersey at Capital House on Thursday 11 August 2022. Kilshaw is well established in the Jersey art scene, with over 40 solo exhibitions, locally and internationally, under his belt.

This year Paul celebrates his 75th birthday and has engaged in the practices of painting and drawing for 62 years. A prominent figure in Jersey since his arrival as the Head of Art at Highlands College in 1972, his talent, knowledge and personal enthusiasm were a prominent part of his 30 year tenure at the college. Many students and adults who have benefitted from his wonderful teaching skills have developed into successful artists in their own right.

This exhibition is based on Paul’s personal experience during the pandemic, reflecting on the emotional and physical struggles he experienced, coping with the virus and the threat it posed to himself, his family, friends and indeed the entire world. As part of the exhibition, Paul has designed colouring-in sheets for children and adults. Visitors are encouraged to explore their own creativity and be inspired by the vibrancy of the surrounding artwork.

The exhibition will run from Thursday 11 August to Sunday 4 September 2022, and will be open 10:30-18:00 Tuesday to Sunday (Closed Mondays) at ArtHouse Jersey's at Capital House. 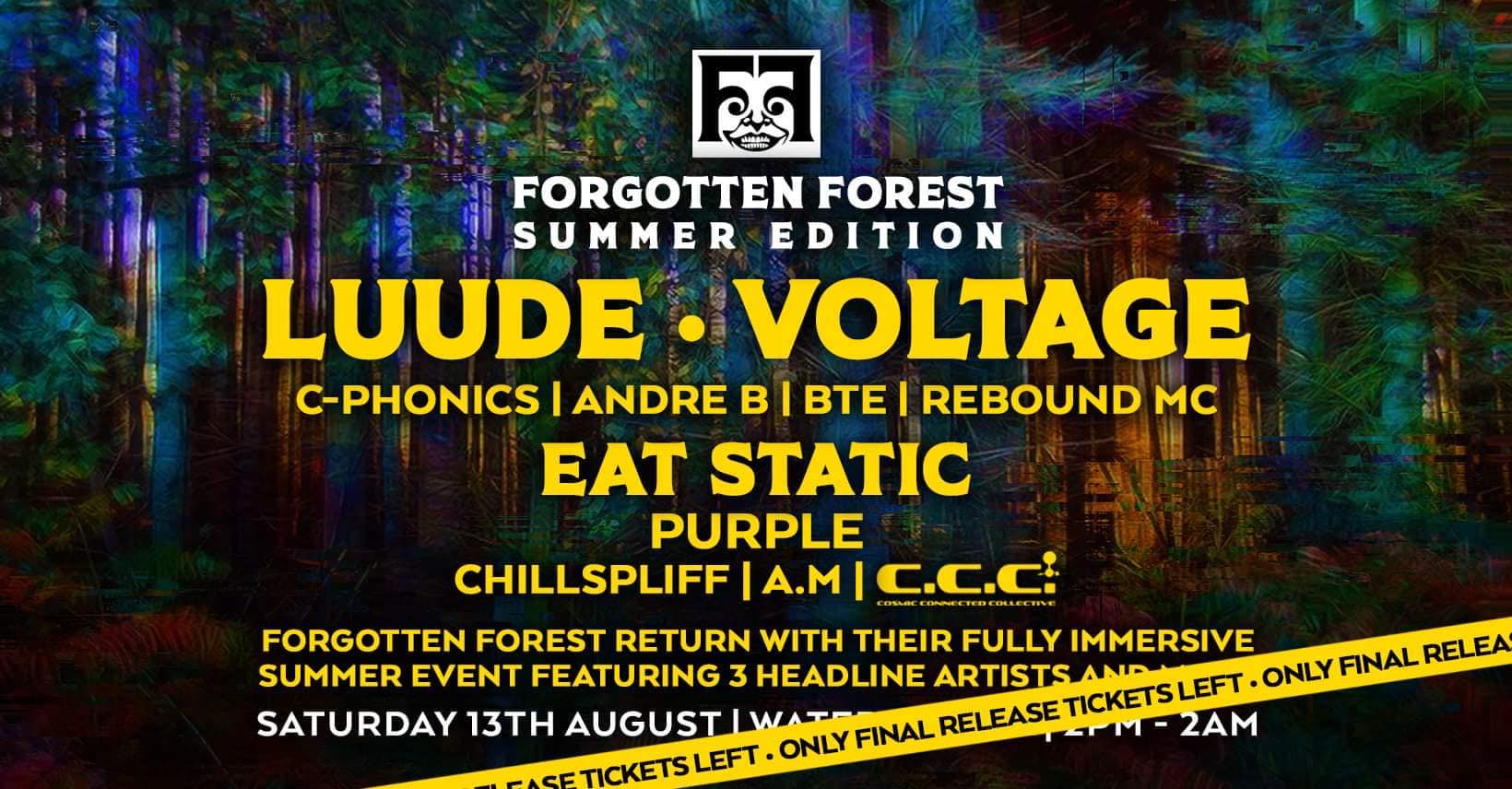 On Saturday 13 August, Forgotten Forest once again transform the Watersplash with a fully immersive venue transformation featuring exciting headline acts and some of the island's best local DJs.

The show kicks off outdoors on the Splash terrace from 2pm with live music, and then the ticketed event begins in the indoor club area from 10pm-2am.

Tickets can be purchased via Eventbrite. 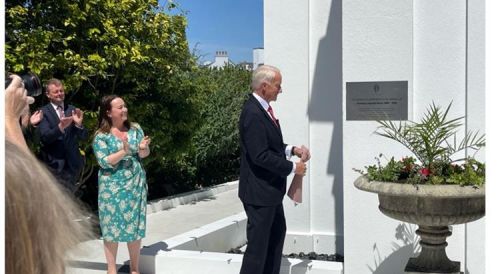 Following the completion of the project to restore Howard Davis Hall, in Howard Davis Park, the Government of Jersey is proud to announce a public open day on Sunday 14 August from 10am to 3pm for Islanders to view the newly renovated building.

Howard Davis Park and Howard Davis Hall were gifted to the people of Jersey by T B Davis in 1939, in memory of his son, who died at the Battle of the Somme in 1916. Howard Davis Hall was originally part of a larger property called La Plaisance, which included gardens that now form Howard Davis Park, and had a billiard room and adjoining ladies’ viewing gallery with a private salon. These rooms have all been restored and decorated with their original purpose in mind.

Superintendent Registrar, Claire Follain, said: “I’m delighted to be able to showcase Howard Davis Hall at a public open day, an event which is very much in the spirit of the original gift of the building and park to the people of Jersey.

"I hope as many people as possible can come along to see this beautiful and iconic building that has been so carefully restored, and which remains dedicated to the memory of a much loved son.” 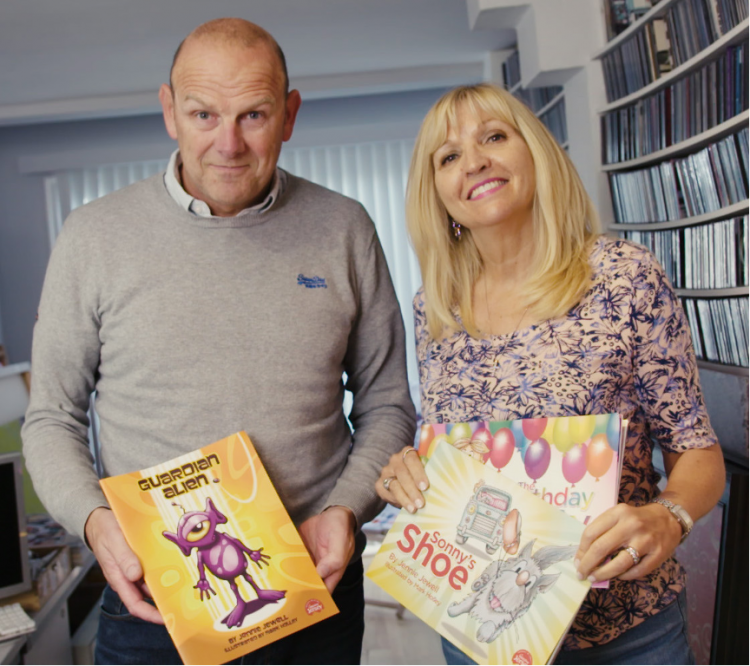 Local company, Seeker Publishing and Distribution, has signed its first children’s author and is launching a range of rhyming stories with an event at the Jersey Museum.

The stories are written by Jennie Jewell and illustrated by Mark Holley, who are together known as Lutlye Productions.

Simon Watkins of Seeker Publishing said: "Jennie has a real passion for storytelling and a natural talent for writing in rhyme. The stories are extremely creative, entertaining and beautifully illustrated by Mark, who is a gifted artist and illustrator.

"I know that Jennie has been reading in local schools, such as d’Auvergne, Samares and St George’s as well as at local fetes, fayres and markets and the books have been extremely well received by adults as well as children. It’s great to be supporting local talent and we are very grateful to Melissa Bartlett and Eve Ozouf at Jersey Heritage for their help and support with this exciting event.”

The event starts with a reading of Jack and Zed Save the Day at 10.30am on Saturday 13 August in the Concourse Theatre at Jersey Museum, followed by a book signing and chance for people to meet and chat with both Jennie and Mark.

The event is free but it will be ticketed via Eventbrite. 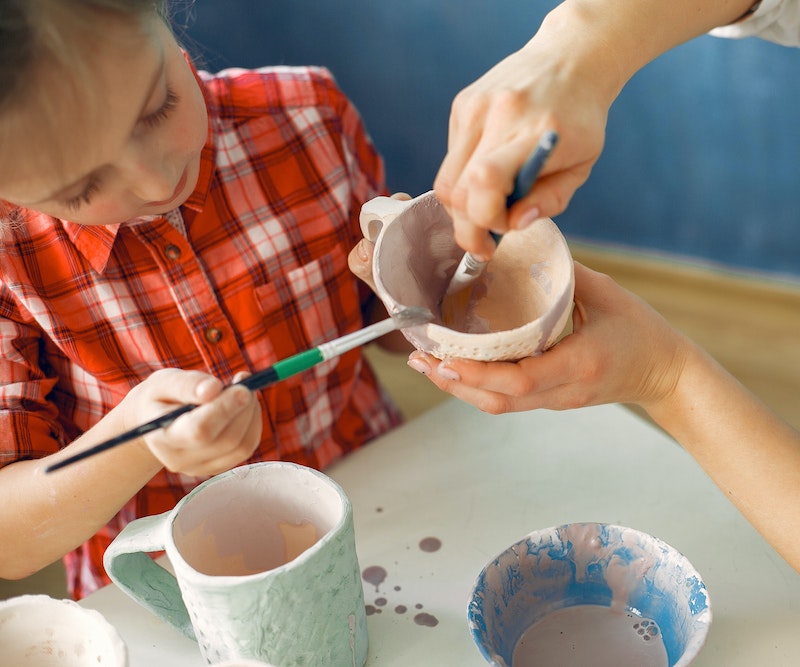 Join potter Stuart Copeland, whose enthusiasm for his craft is contagious, and create unique artworks to take home with you.

This event runs from 11am-3pm on Monday 15 August to Friday 19 August. It is a drop-in activity with no booking required but all children must be accompanied by a responsible adult. 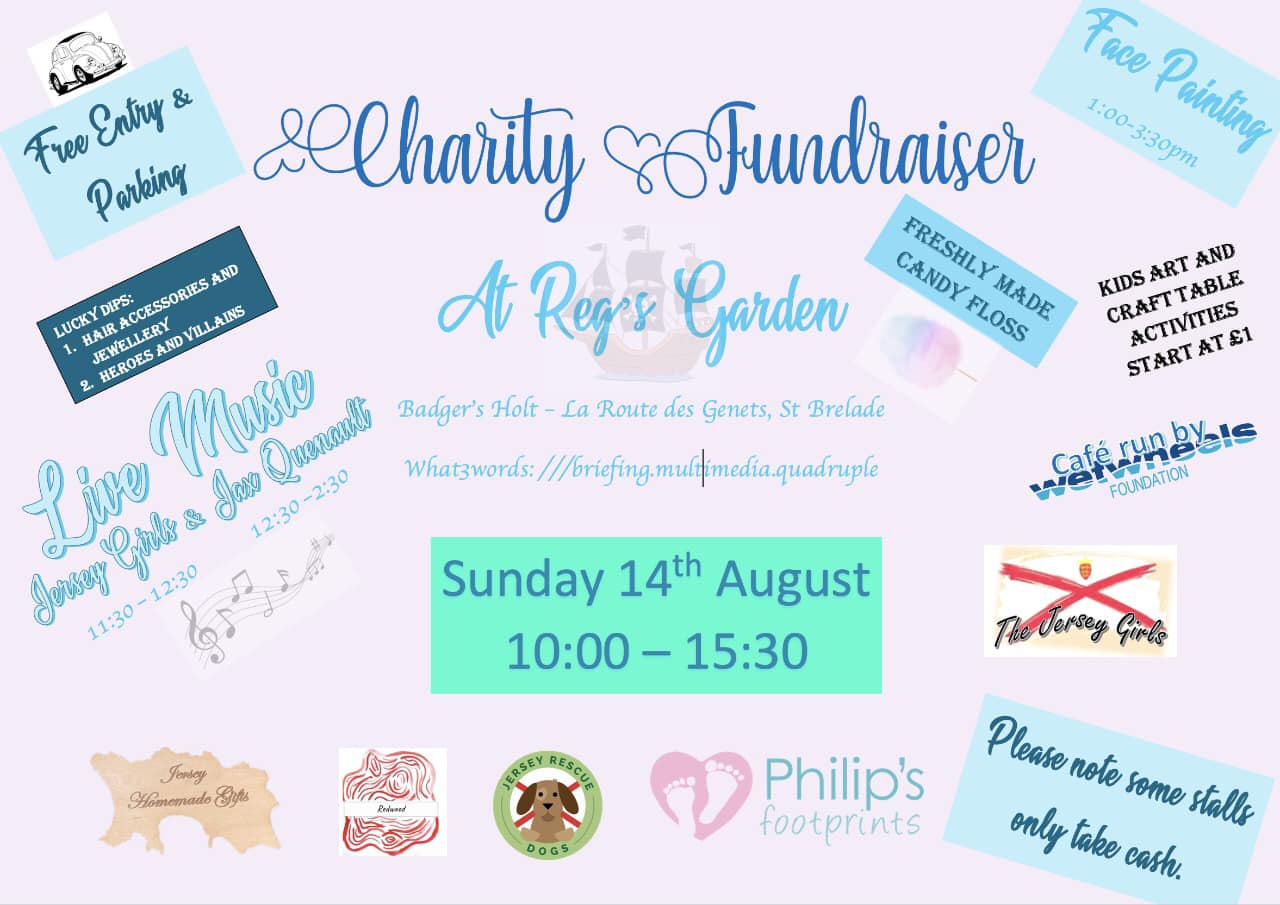 ART FIX: Supper Club and comedy at the pub...