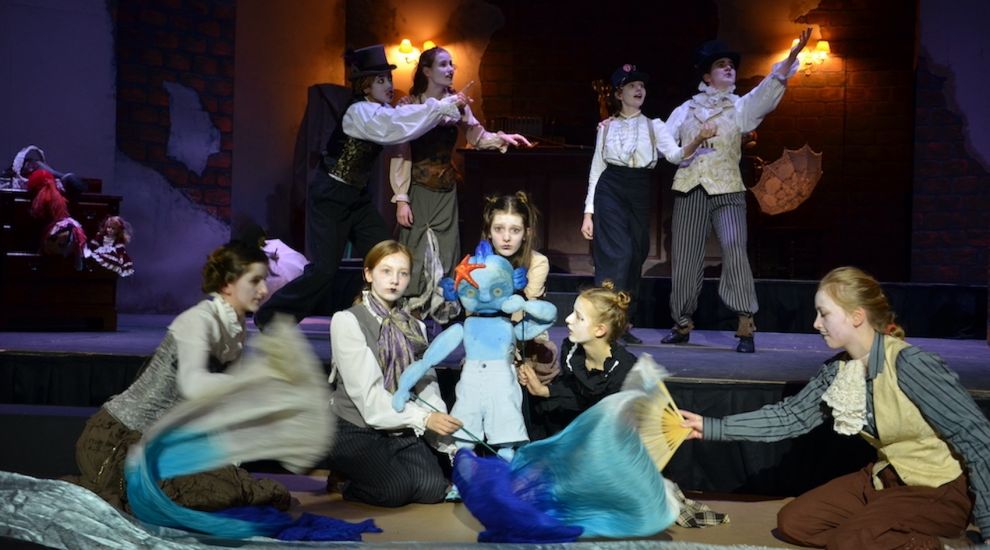 For those keen to start Christmas festivities early, this week's Art Fix has details of a Christmas market and a charity advent concert... But for those not in the festive mood just yet can enjoy a 'terrible' play or an 'explosive' cinema night... 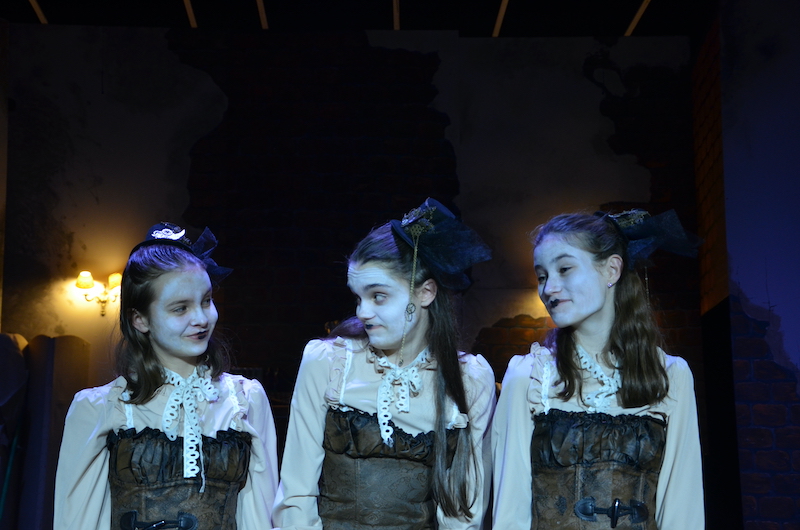 The students enjoy creating quirky and interesting pieces with exaggerated characterisation, choral effects and lavish set designs but, with this play, they have also included some exciting puppets. This is because The Terrible Infants is a series of morality tales about naughty children with puppets as its main characters.

These include Terrible Infants like Tumb, a boy so greedy that he eats his own mum; or Finbar, who wishes himself into a very tricky situation by turning into a fish; and even Mingus, who never washes and ends up getting thrown out with the rubbish!

The puppets were created with the help of Alice Bravery, an ex-student who now lives and works in London as a puppet-maker and workshop facilitator. Alice not only worked with the JCG Tech Club students to help make the puppets, but also led a workshop with the 33 cast members to teach them how to operate a puppet character so that they live and breathe.

The performances run from Tuesday 29 November to Friday 2 December at 19:30 each night. Tickets can be purchased via Eventbrite. 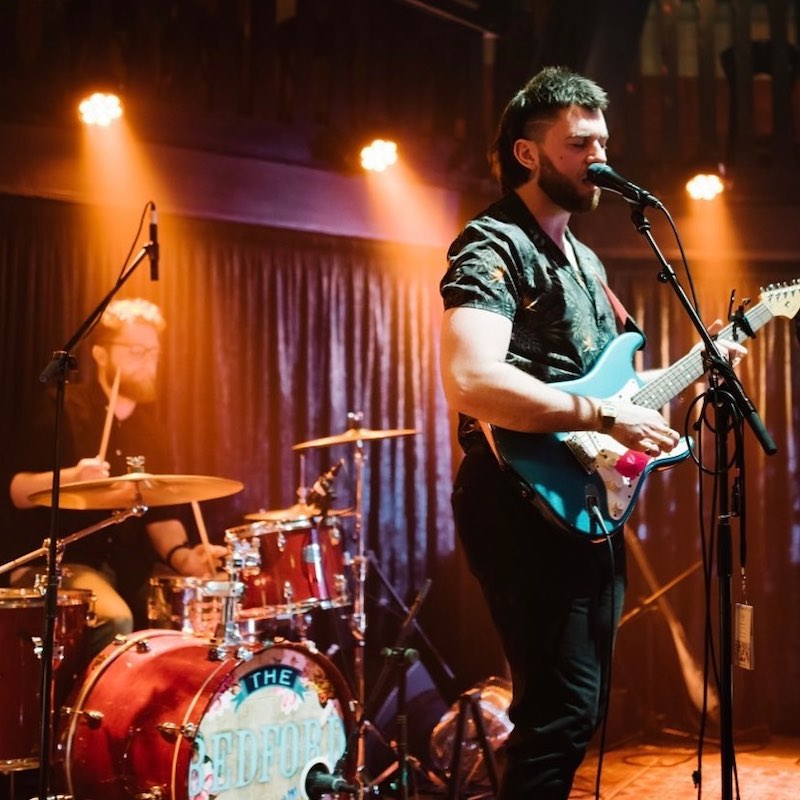 George Alfie and Tommy Bisson met in a small university classroom in 2019. It was Tommy's first time living away from Jersey so he was quiet, hard working, and focused on improving and practicing drumming whenever possible. On the other hand, George was talkative, nosey and would do anything to get out of doing any kind of work.

However, three years later Tommy and George are not only friends but also house- and band-mates, performing in venues and festivals up and down the country, and writing and recording music for a 2023 debut.

The pair perform alongside fellow band members Emily Sowell and Brandon Charles under George Alfie's name. Their first single was released this week and is titled 'By My Side'.

The song is a 'thank you' to "the people around you who have been there, not because they had to, or needed to but wanted to". For George, this is exactly what Tommy and his band are to him, with Tommy making his way back and fourth from his home in St Helier to see family, and back to the mainland to perform and work, showing the sacrifice and belief to support George's music and the dream they all share to release and perform to a large audience.

George aims to play some shows in Jersey next year to "showcase Tommy, so that he can perform for his island and home". 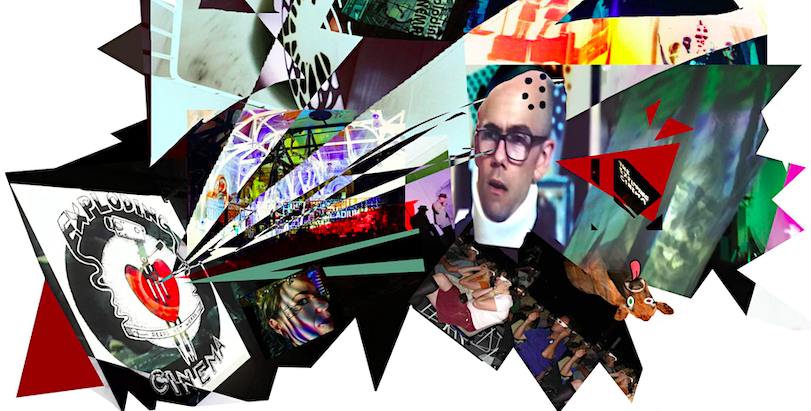 For over 30 years, Exploding Cinema have platformed short film in all its stellar hybrid forms. They have tirelessly championed rough and ready outsiders, the outrageously below radar, the quirkishly beautiful and sometimes downright ugly. Showcasing work from all over the world in squats, basements, car parks, swimming pools... anywhere they can project an image.

They explode cinema beyond the screen across walls and ceilings wherever they go. And in their own words, it's "high time they lit a torch for underground film in the Channel Islands".

Screenings will take place on Saturday 3 December and Sunday 4 December from 18:00-21:30 each evening at ArtHouse Jersey's Capital House in town.

Tickets are available via Eventbrite.

Get into the festive spirit 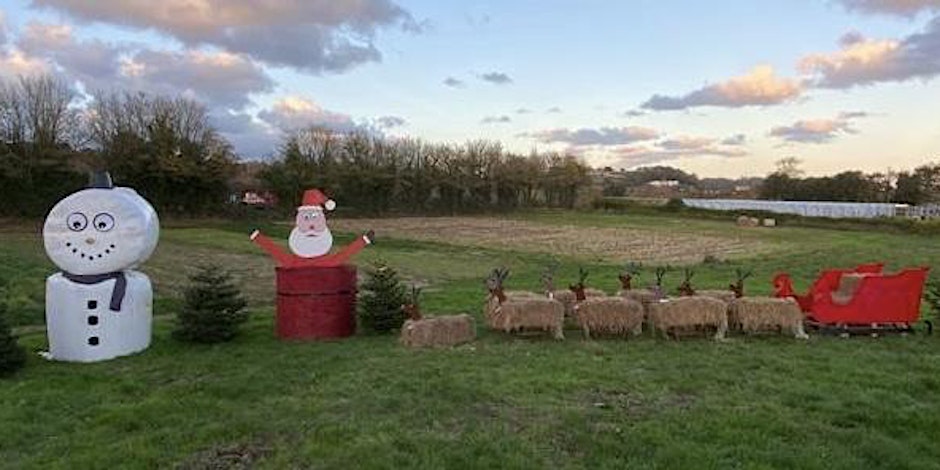 Kickstart your Christmas festivities at Master Farms where you'll be able to pick your perfect Christmas tree, meet Santa and his reindeer in their grotto, grab a photo opportunity at one of the Christmas-themed face board, and enjoy some toasted marshmallows or chestnuts or in front of the roaring fire. Other refreshments will be available too.

You can also meet the haybale Christmas Characters, jump onboard a festive John Deere tractor, and grab some of freshly harvested, locally grown, vegetables; perfect to accompany your Christmas dinner!

When purchasing your tree, entry to Santa's grotto and Christmas display is included in the price. For those not purchasing a tree, entry is £5 per car. Limited tickets available.

Ticket prices are payable on the door on the day, but can be pre-booked via Eventbrite. 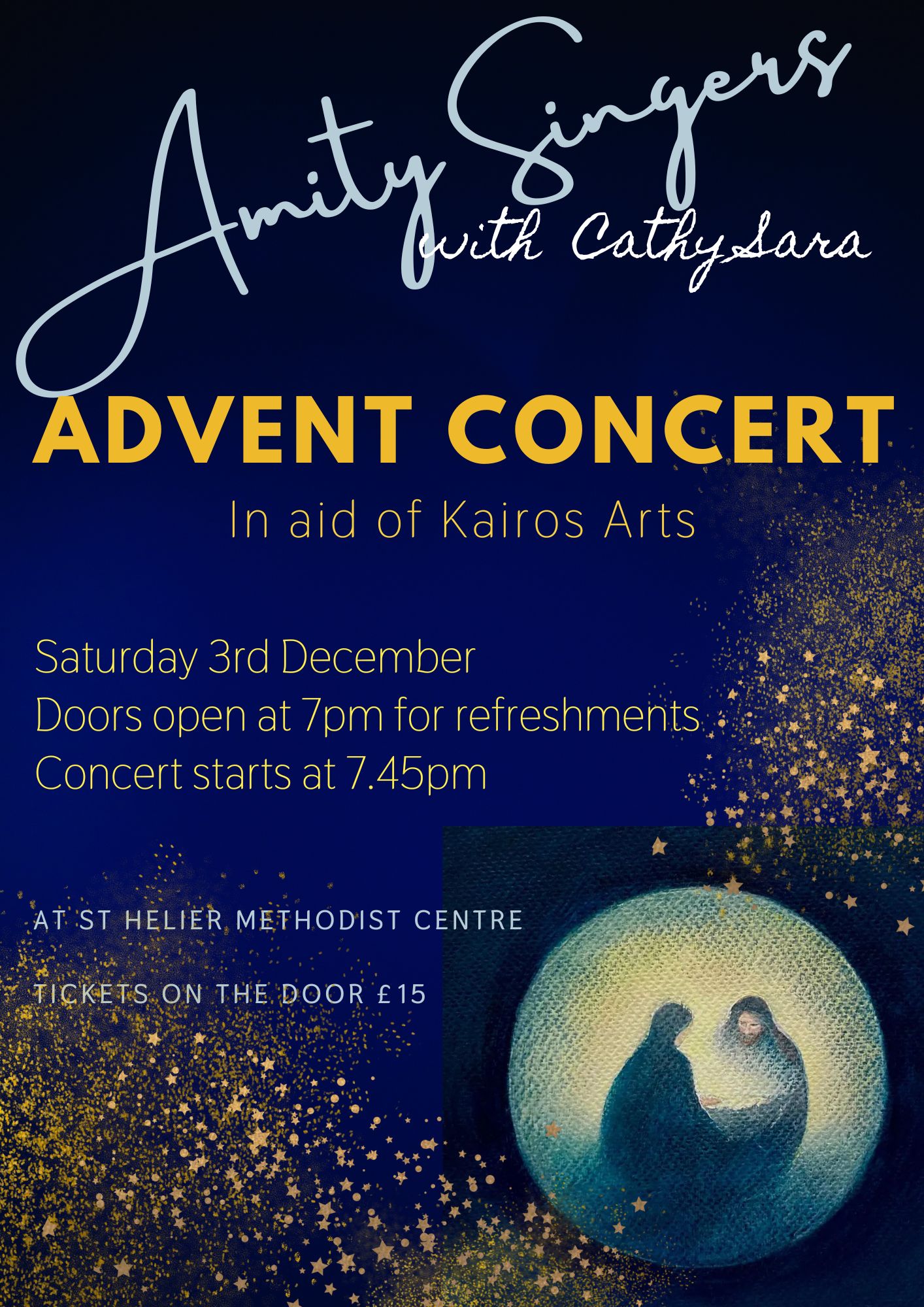 Kairos Arts are hosting a special evening on Saturday 3 December, where they will be joined by the Amity Singers and a local musical group called ‘Bououns Bassoon’.

The charity’s Creative Director, actress Cathy Sara will be performing a range of readings both traditional and modern, poignant and comedic, from Betjeman to the local poet Rev C W H Fell, who was in Jersey during the Occupation.

The Amity Singers will perform a range of music for Advent from serious, grand pieces to light-hearted and 'tinselly' ones … because that’s what Christmas is all about!

Kairos Arts is a Jersey charity which offers therapeutic creative workshops for people recovering from trauma, domestic violence, trafficking and abuse, and those living with dementia and young people with mental health concerns. The Advent Concert has become an important part of the Kairos year. 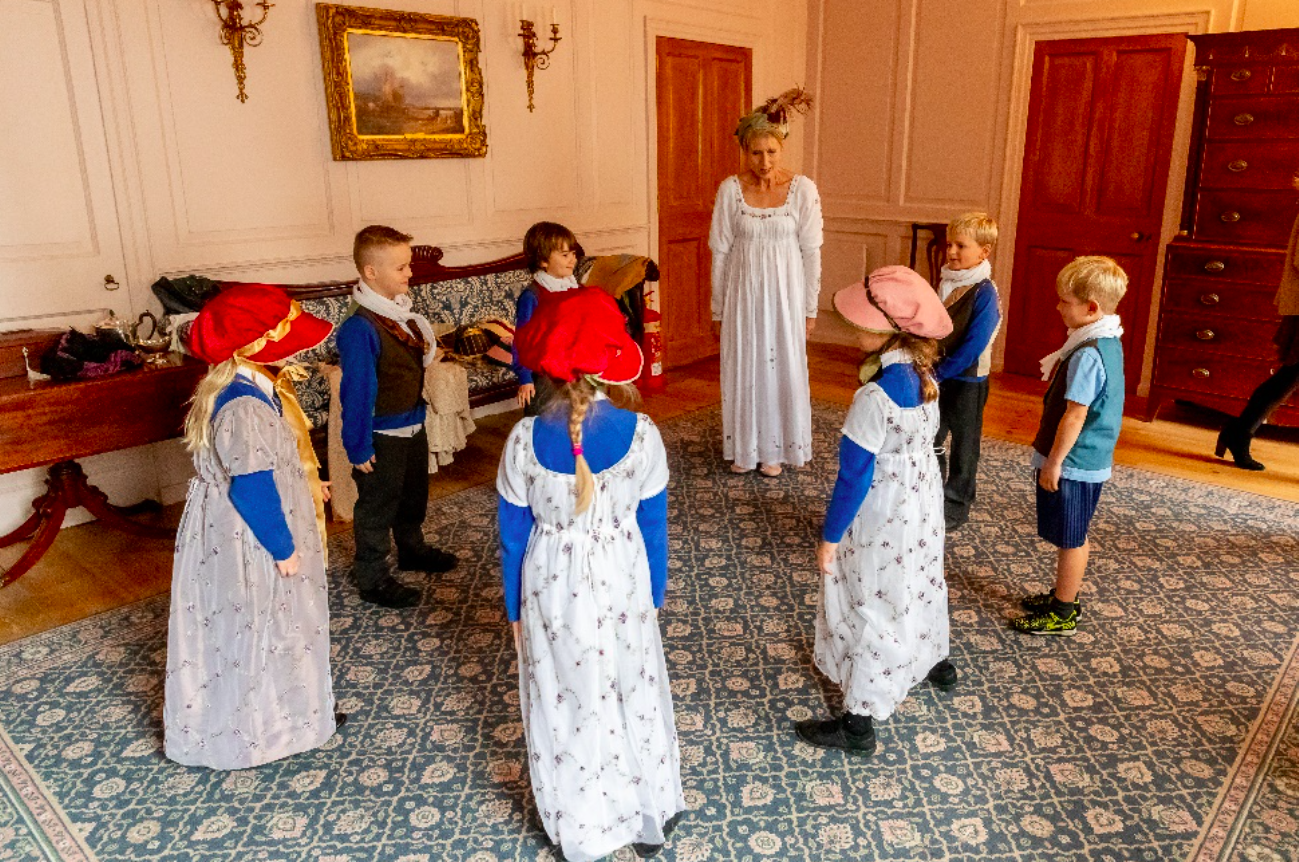 Year 2 students are being given the chance to earn about how Christmas was enjoyed in the past in free workshops being offered at the Georgian House on New Street.

The students will learn how to make traditional Christmas pudding, learn a dance, enjoy a Christmas story, and more!

A "theatrical cocktail night with a difference" 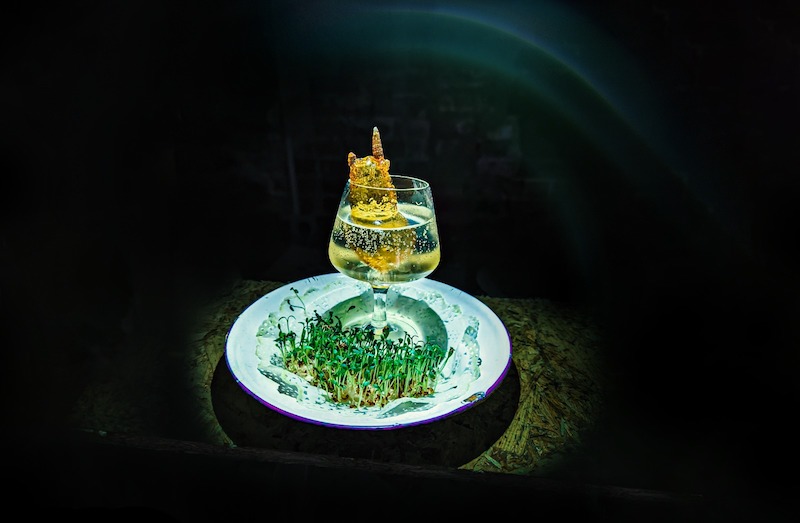 As part of the immersive exhibition 'Recollect', ArtHouse Jersey are presenting 'Memory Bar': a series of theatrical cocktail nights with a difference. Guests will enjoy a tasting menu of bespoke cocktails inspired by people's real memories brought to life through a multi-sensory live-art performance. Attendees are invited to spend an evening stepping into another person's life as sound, smell and taste offer up surprising twists on life stories collected from real people who live in Jersey.

Designed by artist Thomas Buckley and collaborators, these events will offer a new way of seeing how we might share our histories and understand ourselves as part of a wider community. Through perfume, immersive technologies and storytelling, Memory Bar will be a unique blend of cocktail bar, theatre show and a chat with your gran. 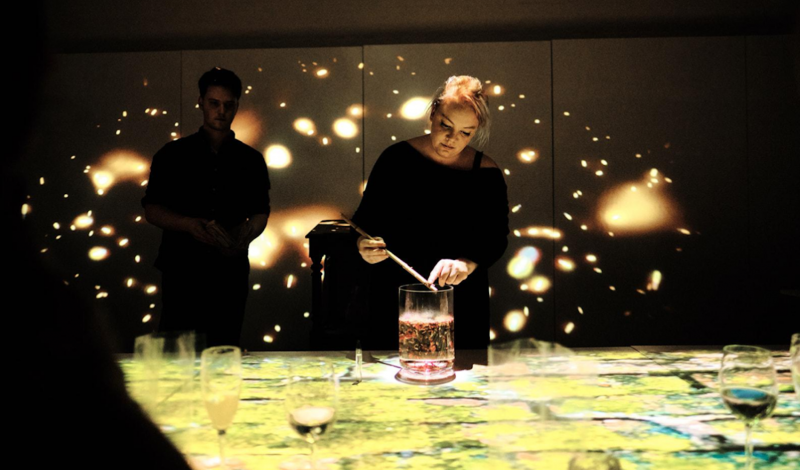 Tickets cost £29.50 (plus booking fee) and can be purchased via ArtHouse Jersey's Eventbrite page and will last approximately 90 minutes. An alcohol-free option of Memory Bar is also available, though must be ordered at the time of booking your tickets by emailing: scott@arts.je.

Unlocking the memories of elderly islanders

ArtHouse Jersey's 'Recollect' exhibition continues at Capital House. This sensory exhibition, designed by artist Thomas Buckley, uses creativity and technology to bring to life the memories of a selection of Jersey's elderly people.

Recollect' gives visitors objects to explore that offer a window onto another person's life. You will hear voices, smell chamomile, get soil under your fingernails and in doing so come to learn a little about what it is like to walk a mile in someone else's shoes.

'Recollect' runs until Sunday 27 November. It is free to attend and it located at ArtHouse Jersey's Capital House, 8 Church, Street, St Helier. 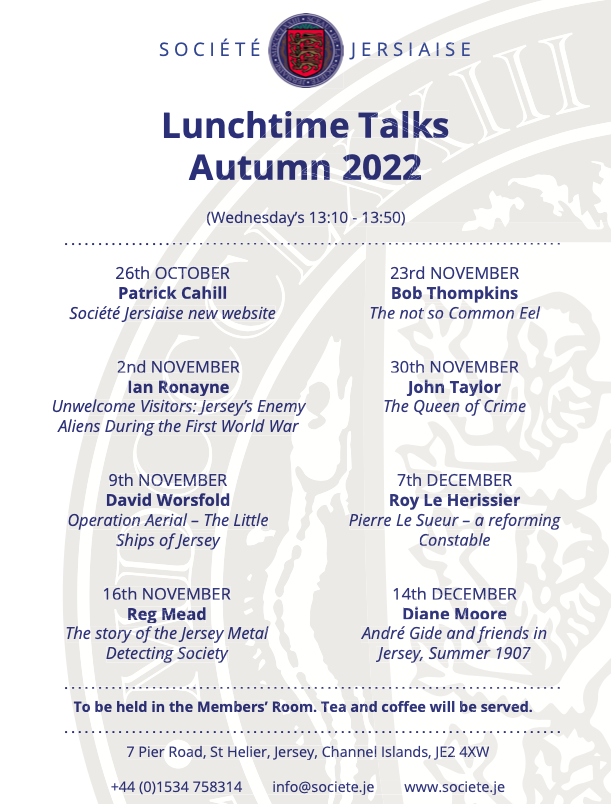 This week's talk is entitled 'The Queen of Crime' and will be delivered by John Taylor.

During her long life, Agatha Christie wrote several books, poems and plays based on her experiences as a nurse and pharmacy technician. But it was her 66 murder mysteries which gained her the title ‘Queen of Crime’.

Her works have sold over three billion copies and have been translated into over a hundred languages. Despite her worldwide fame, she remained a shy, retiring person. This talk will provide enthusiasts with details of her life with which many are not familiar, her personal tragedies, and her surprising Jersey connection.

The talks take place every Wednesday lunchtime from 13:10-13:50 in Société Jersiaise's Member's Room in 7 Pier Road. Tea and coffee is served.