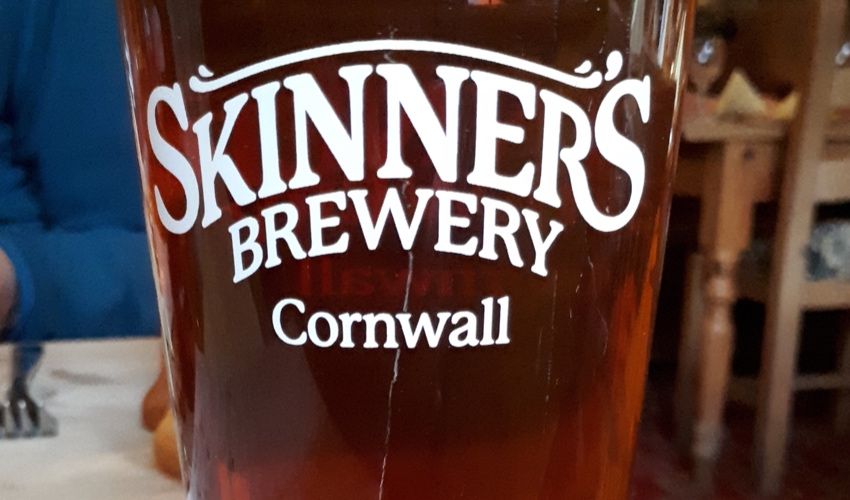 A brewery founded by a Jerseyman who pioneered independent craft brewing in the island has gone into administration in the UK.

Steve Skinner and his wife Elaine set up Skinner’s Brewery in Cornwall in 1997 after leaving Jersey, where he had established the Tipsy Toad Brewery, which brewed in The Star in St. Peter and at the Town House in New Street.

In the 1990s, Mr Skinner produced a number of popular local ales including Jimmy’s Bitter and Tipsy Toad Ale, before the business was sold to Jersey Brewery in 1997.

Mr Skinner, who was also well known in the island’s surfing community, then moved to Truro and established Skinner’s Brewery.

The ales it produced include Betty Stogs, which was Champion Beer of Britain in 2008, Lushingtons, Ginger Tosser, Chapel Rock and Cornish Knocker.

However, despite its award-winning beers, the company entered administration earlier this month.

To our dear friends, On behalf of Lainey and myself I would like to thank everyone for the amazingly kind and sincere messages we have received from you all - we are both broken hearted that we couldn’t save our beloved brewery after many sleepless nights and heartache. 1/3 pic.twitter.com/nSf1JNTeSA

Pictured: The Skinner family have thanked customers and supporters after their business went into administration.

In a Tweet, Mr Skinner said he was “deeply saddened” to have to call in the administrators.

“On behalf of Lainey and myself I would like to thank everyone for the amazingly kind and sincere messages we have received from you all - we are both broken hearted that we couldn’t save our beloved brewery after many sleepless nights and heartache,” he wrote.

“Skinner’s and our incredibly loyal staff are so close to both our hearts and we have battled tirelessly over the last 3 years, since the pandemic, to try and save it.

“We’d also like to send our love to our amazing children: Emma, Louise, Ben, Sophie, Harvey, Bonnie and Monty - and for continually over many years moving the bottles around on supermarket shelves to make us look like the best seller! Love and great memories to you all, Steve and Lainey Skinner xx.”

The company also Tweeted: “Our strong hope is that a buyer can be found and that the brewery in some form will continue to be part of life in Cornwall for many years to come.”

Skinner’s Brewery had been hit hard by the pandemic. On its website, the company wrote: “For Skinner’s, it was a perfect storm, arriving just as the business was in a transitional phase and uniquely vulnerable.

“In December 2020 Steve and Elaine were finally able to become sole owners of the brewery, but at huge personal cost and at a precarious time for the business.

“With pubs and other hospitality businesses closed for months on end, it was touch and go for us at the start of 2021. Steve and Elaine decided to launch a Crowdfunder Campaign to ask Cornwall, and the wider community of Skinner’s enthusiasts, for help.

Please be reassured that the Old Ale House is not affected by this and will remain open at all times as it is not owned directly by the brewery. pic.twitter.com/YwcIFfPi4C

Pictured: The brewery's tap house in Truro is still in business and open.

“Within four days, we’d smashed our Crowdfunding target of £100,000. Beer lovers and the public here in Cornwall supported and shared our campaign with a generosity beyond our wildest dreams – a lump-in-the-throat moment for us all here at the brewery.

“Given the incredible levels of support, we were nudged to think bigger, and decided to use the extra funds to kick-start a project to take us from surviving to thriving. So, in summer of 2021 we unveiled our revamped Tasting Room and reinvented outdoor space, The Tap Yard Bar.”

However, the new facilities were not enough to save the business, and Skinner’s was forced to close at the end of September.