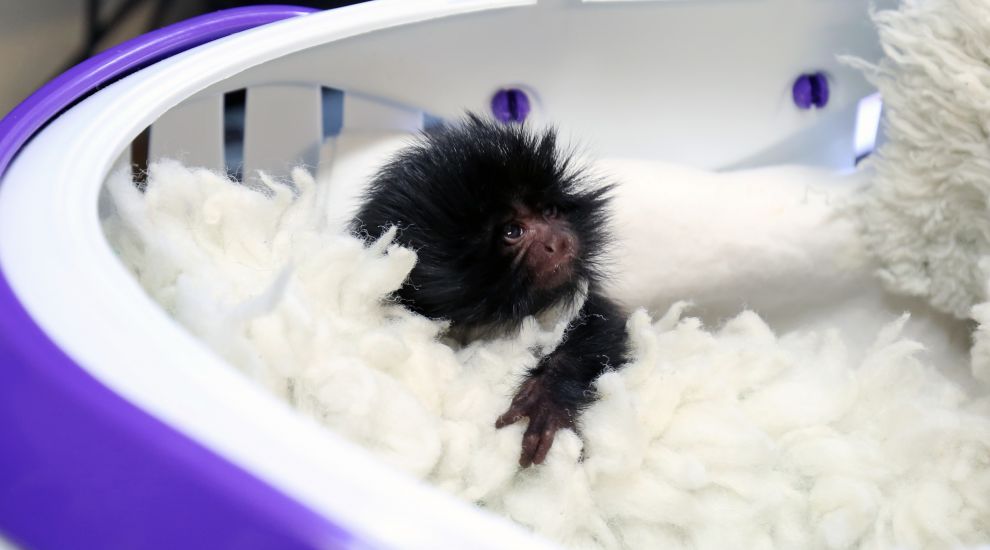 A baby lion tamarin born too weak to hold onto her mother three months ago has finally been able to rejoin her family again thanks to zoo keepers’ efforts to nurse her to health.

Native to Brazil, Black lion tamarins are highly endangered, meaning that every birth is vital to help give the species a future.

Grace was born at Jersey Zoo – the only place the species can be found outside Brazil - on 12 December 2021.

It quickly became clear that she would need help to survive.

???? An endangered black lion tamarin has been born at the zoo ????

Grace was born on 12th December but had to be hand-reared as she was too weak to hold onto her mother. Thanks to the incredible efforts of the keepers, she is now back with her family and thriving. pic.twitter.com/aORGOnv4pF

Dominic Wormell, Head of the Mammal Department at Jersey Zoo, was among those to step up to the challenge.

In the beginning, Grace needed to be fed every two hours throughout the day and night.

“For the first two weeks, we cared for Grace around the clock,” Dominic explained, “then gradually, we integrated her back into the family group. First, she met mum and dad and was then introduced to the rest of the group once she had gained a little more confidence.” 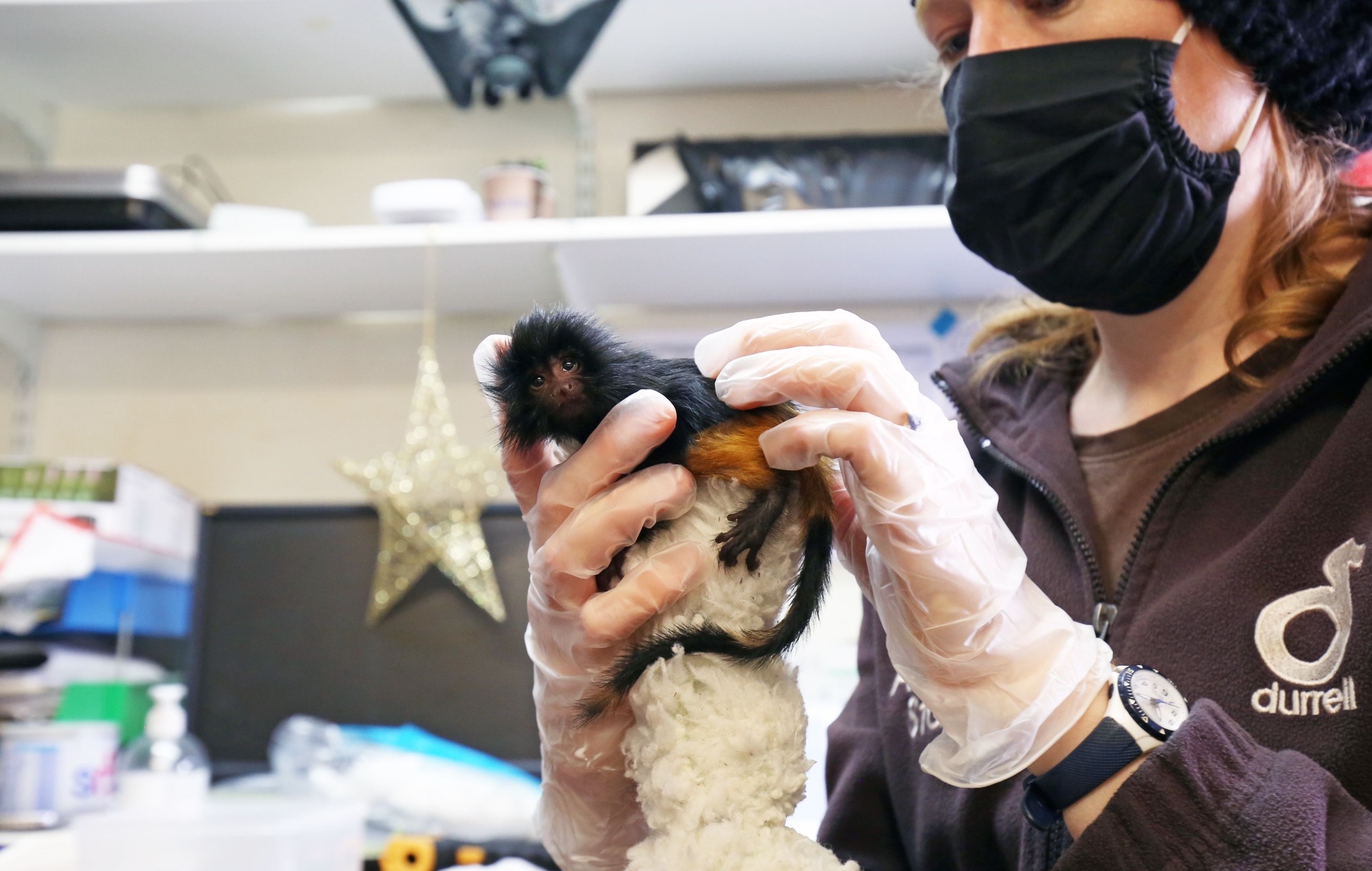 Pictured: Baby Grace has been looked after by staff at Durrell's Zoo

Normally keepers would only aim to hand-rear animals for a short-time before giving them back to their mothers to suckle, but Grace was unable to do so within the first two weeks.

Keepers therefore had to keep caring for her until she was strong enough to fully return to the family at around two-and-a-half months old.

She is the fourth newborn black lion tamarin the team has reared. 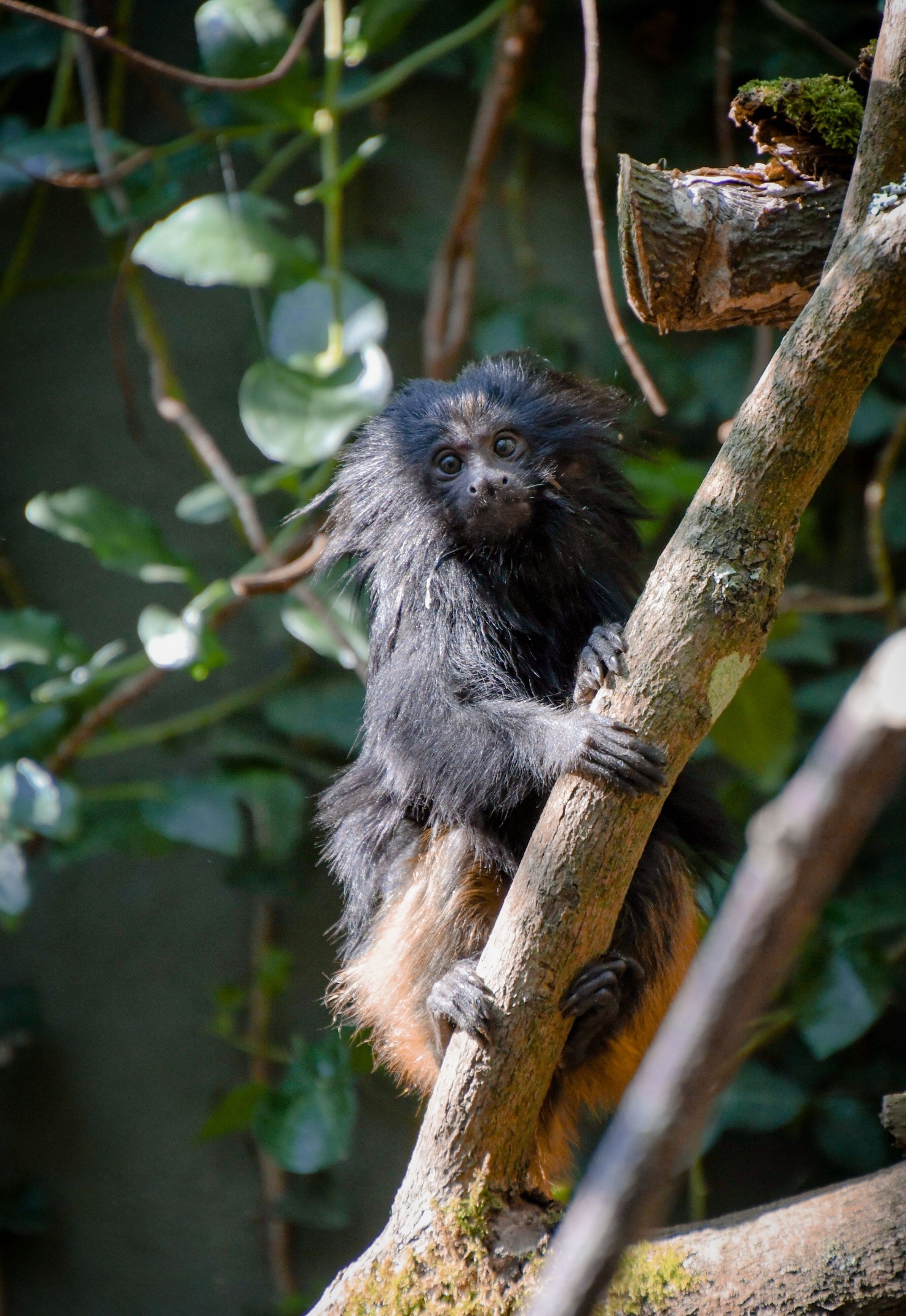 Pictured: Black Lion Tamarins are very rare animals. Jersey Zoo is the only place in the world where you will find them outside of Brazil.

The black lion tamarin breeding programe was first established in Jersey more than 30 years ago to help the species from “being lost forever”.

“[Grace] is now back with her family full-time, sleeping and feeding with the group, which is wonderful to see,” Dominic added.

“Her mother is the only breeding female outside of Brazil, and now Grace too will play a very important part in the breeding programme to help safeguard the future of her species.”

Durrell is also working alongside Brazil’s Instituto de Pesquisas Ecológicas to revive the Atlantic Forest – the home of the black lion tamarin – by reconnecting areas of isolated forest through tree planting. The initiative is being funded through its Rewild Carbon Programme.