Bailiff tells Muslims “we need to be integrated” 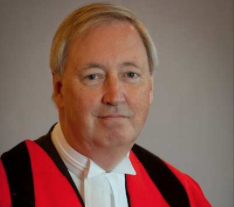 Bailiff tells Muslims “we need to be integrated”

Jersey’s Bailiff has used the opportunity of his first visit to the Island’s Islamic Centre to stress the need for tolerance and understanding.

Addressing the congregation at the centre - a converted Methodist church in Aquila Road – William Bailhache - accompanied by his wife, and the Lieutenant-Governor and his wife – called for the Island’s various communities to come together.

In a world where many commentators report a rise in anti-Semitism and anti-Islamism, the Bailiff added: “The important thing in Jersey is that although we are part of our own different communities, we form a single community together. In order to ensure that there is no discrimination which leads to the differences between us no longer being respected, we need to be integrated and to act together. “