Bailiff’s dual role: Put it to the people! 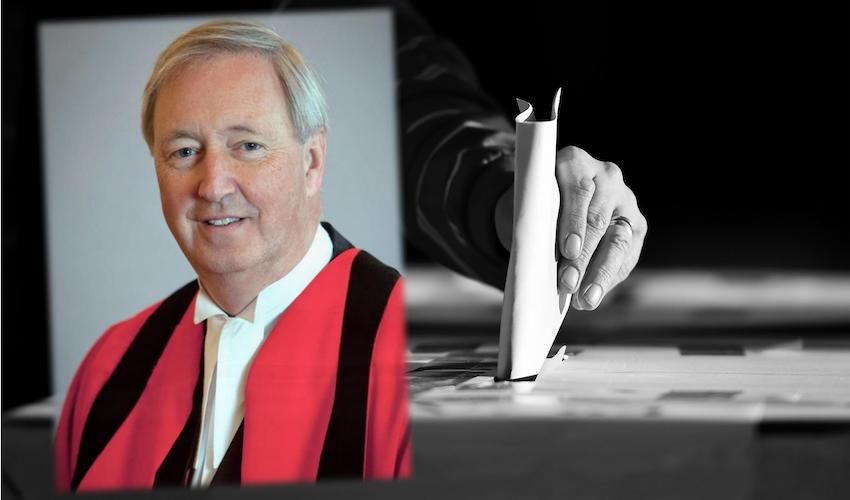 Bailiff’s dual role: Put it to the people!

Politicians have narrowly voted to give islanders the final say over whether the Bailiff should continue to preside over the States Assembly, if major changes to the centuries-old role are agreed this week.

In a vote which almost split the Chamber down the middle, the first stage of the debate on the Bailiff’s dual role has resulted in States Members saying that the decision should only be made by the public.

The long-standing debate over whether the Bailiff’s role as civic head of the island clashes with the position as Speaker came back to the Chamber yesterday (Thursday 2 May) via Senator Sam Mézec’s proposition to elect an ‘impartial’ individual to preside over the States Assembly.

The proposed model would see Jersey’s Assembly function in a similar way to the UK Parliament where John Bercow MP currently holds the role of ‘Speaker’ of the House of Commons.

Pictured: The equivalent role in the UK is that of 'Speaker' of the House of Commons John Bercow MP (Press Association).

However, this bid has already come up against one hurdle due to a vote on an amendment brought by Grouville Constable John Le Maistre which added the caveat that this cannot happen without a referendum from the people of Jersey voting to remove the Bailiff as President of the States.

Therefore, if Senator Mézec's proposal succeeds after today's debate, it will need the green light from islanders voting in a referendum in order to take effect.

Members were clearly divided on whether the issue should be put to the people as they ultimately voted 25 in favour, 22 against and two Members – Senator Ian Gorst and Deputy Jeremy Maçon – were absent. 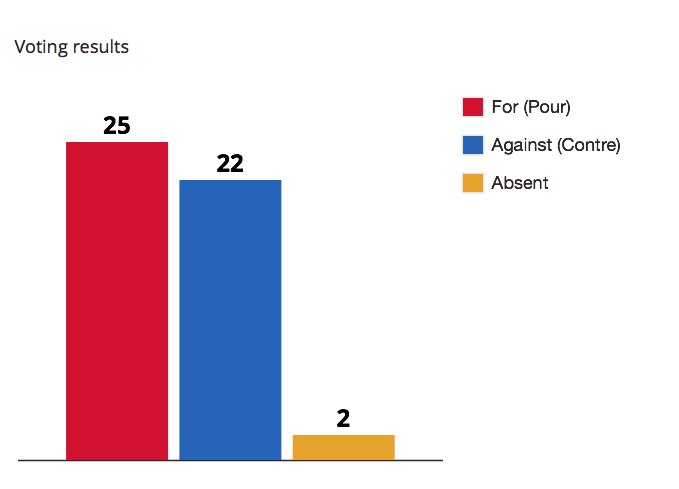 Pictured: The Grouville Constable's amendment to put the issue to the people proved divisive in the Chamber.

What Constable Le Maistre’s amendment doesn’t do, however, is include any obligation to hold such a referendum on the issue, nor set a date for one. This means that the debate on the Bailiff’s dual role could be shelved for even longer.

Under Senator Mézec’s proposals, the Bailiff’s roles as Chief Justice and as Civic Head of Jersey would remain entirely intact, but States Members would elect a new ‘speaker’ to preside over the Chamber except on ceremonial sittings of the States Assembly when the Bailiff would be invited back as President.

Pictured: The debate centres on whether the other roles of the Bailiff should prevent him from being an 'impartial' President of the States.

The debate, which is due to continue when the States reconvene tomorrow morning, comes just a day after the Chief Minister put forward ‘compromise’ proposals to establish an elected Speaker for the States – who would only preside when the Bailiff and Deputy Bailiff weren’t available.

The current Bailiff, Sir William Bailhache, has even waded into the issue, calling for no changes to be made for the role he currently holds for at least 10 years in a letter to the panel reviewing the issue that was subsequently circulated to all States Members.