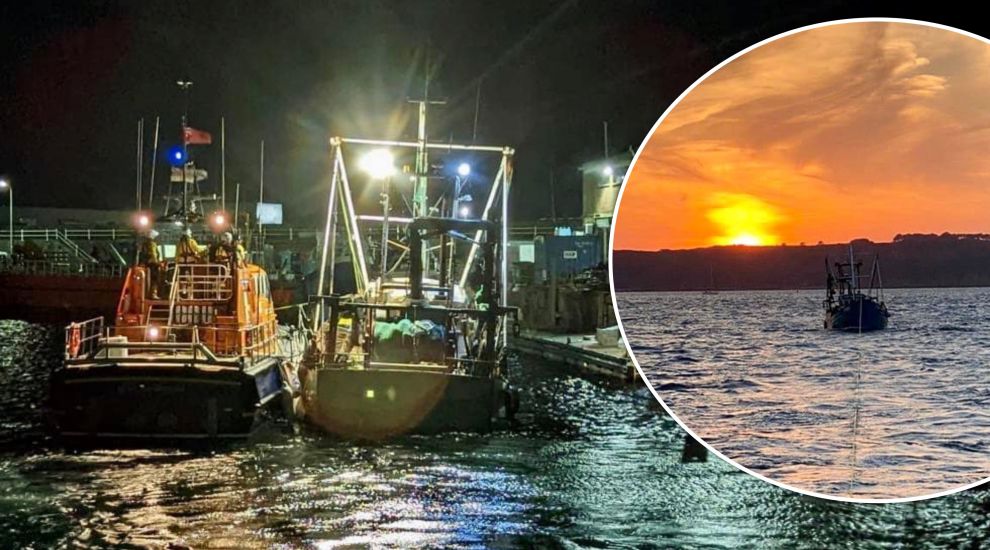 Lifeboat crews had to battle wind and tide in an intense seven-hour tow to rescue a 96-tonne fishing boat stuck 10 miles off La Corbière.

The 17-metre vessel had a damaged its rudder on fishing gear and was unable to steer.

After receiving a call for help just after midday on Tuesday, the RNLI sent its Tamar-class all-weather lifeboat.

When they arrived, crews had to deal with a force 5-6 north-easterly wind as they attempted to free the boat. However, all attempts were unsuccessful.

Concerned that water may start to come into the boat, a lifeboat crew member was sent onto the boat with a salvage pump at the ready.

However, due to conditions and the size of the boat "becoming a navigational hazard", the coxswain decided that the safest course of action would be to tow the boat back to St. Helier.

"With the tide and wind against the lifeboat crew and the large 96 tonne vessel under tow, the initial estimate for the tow back to St Helier was 10 hours," the RNLI reported.

"Fortunately, as the tide turned the crew were able to pick up speed. However, it still took seven-and-a-half hours to return to St. Helier.

"With 15 feet of fishing gear under the vessel, the Ports of Jersey workboat, Halcyon, assisted manoeuvring the fishing vessel onto their berth." 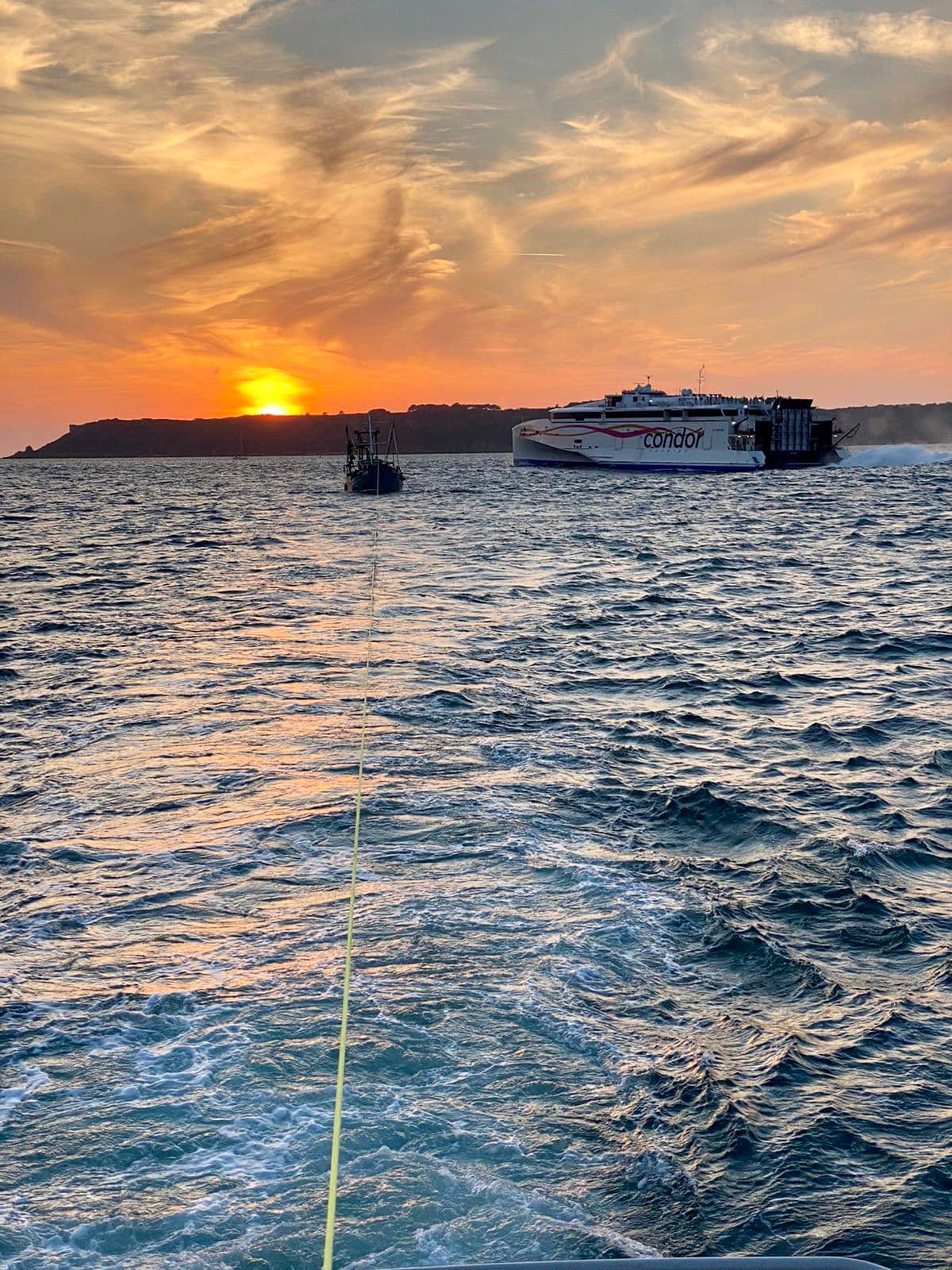 And there was a pleasant surprise on arrival for all involved in the rescue.

"The crew that remained on dry land were on hand to prepare a delicious chilli con carne for the ALB crew to tuck into whilst the boat was made ready for her next service."

Islanders have since shared praise for the RNLI crew, with Janet Marshall commenting: "Well done crew - that was a long day."

Mark Pilulefaisceau said: "Well done with a challenging job. Bet it made the chilli taste even better after a long day."