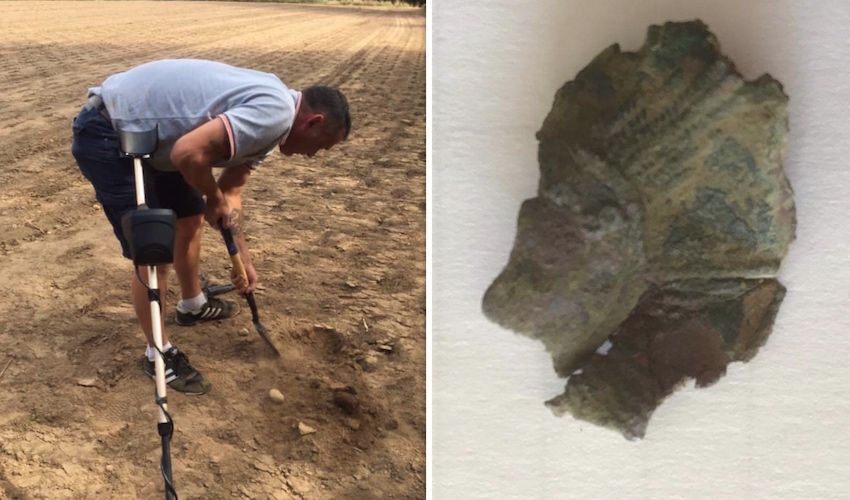 A local metal detectorist has uncovered a fragment from a cross belt piece, likely to have been worn at the Battle of Jersey, in a St. Ouen field... exactly 238 years to the day of the pivotal conflict.

Steven O’Driscoll, a member of the Jersey Metal Detecting Society, discovered the 241-year old artefact on 11 January while scouring the field behind Catherine Best.

At first, the metal detectorist didn't realise the significance of the fragment. It wasn’t until the following day, after letting it soak overnight, that he inspected the fragment and recognised the Jersey Militia pattern on it.

After consulting Jason Cronin, who is also part of the Society, he discovered it was part of a Jersey Militia metal cross belt piece and dated back to 1779. 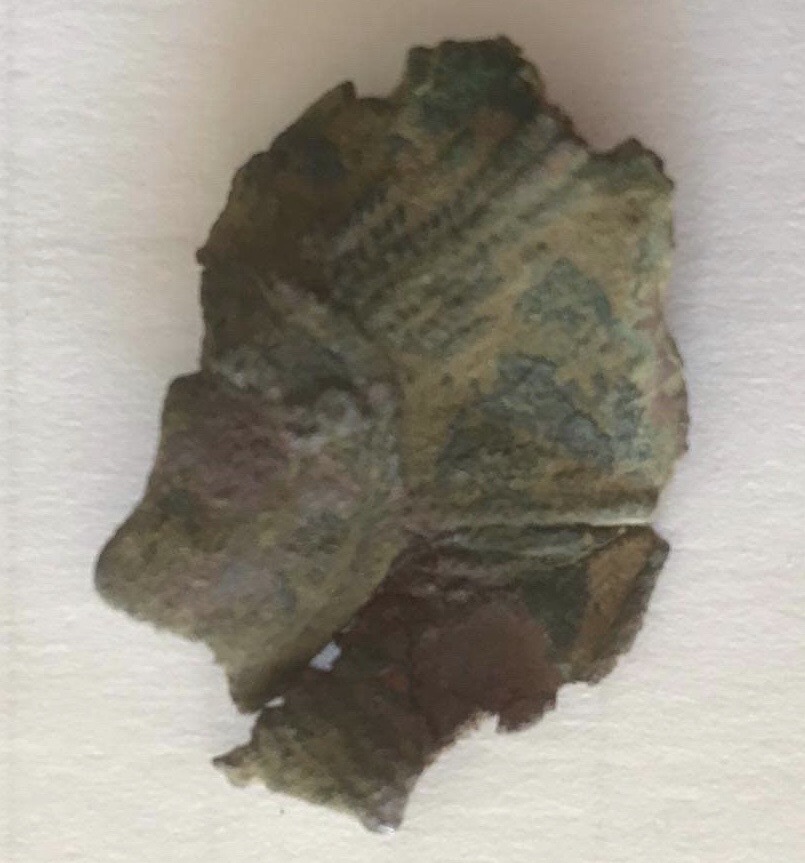 Pictured: The pattern on the fragment dates back to 1779.

Mr Cronin says it is likely it was worn by “a Jersey Militia 1st North West Regiment - St Ouen - Soldier at the Battle of Jersey in 1781."

“These pieces are exceptionally rare and the partial centre piece will be handed over to the Jersey Heritage Finds Officer for recording,” Mr Cronin added.

Mr O’Driscoll said he was “quite chuffed” to have found the piece on what was the 238th anniversary of the battle between local and French forces.

“I could not believe it when I cleaned,” he said. “I only found a part of it, but it’s quite good.” 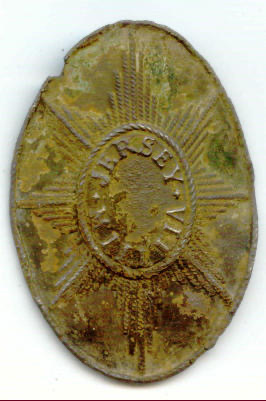 Pictured: An example of a whole cross belt.

The landowner, who gave permission for the search to be conducted, said he was delighted that Mr O'Driscoll had found such a significant piece of local history.

Mr O’Driscoll has been a metal detector for about two years and has found all kinds of items over that time. Among his finds are coins, including Russian ones from the beginning of the 1800s, militia buttons, and coin weights from the 1340s and 1600s.

“Anything is interesting to find,” he commented. “Each has their little bit of history. I don’t sell anything. Everything is registered and we all hand it in.”

Mr O’Driscoll gets detecting at least once a week, even in the cold weather. In this particular field, he had also found lots of broken China, plates, and fragments of a dagger.

“There may have been a settlement there,” he said.

Pictured: The fragment was found in a St. Ouen field.

Along with the other members of the society, he has also helped reunite islanders with their lost jewellery.

“People come to us when they lose their wedding ring in the sand, for example,” he said. “99% of the time we find them. We do try and get stuff back to who it belongs to when there’s a name, if it’s possible.”

The most common finds for detectorists tend to be less exciting, however - tin cans.

“We pick them up and take them away,” Mr O’Driscoll explained. “We clean the field. You pick it up because you don’t want to find it again.”

“We go everywhere,” he added. “We have a meeting once a month where everyone brings their finds. It’s amazing what gets pulled up!”