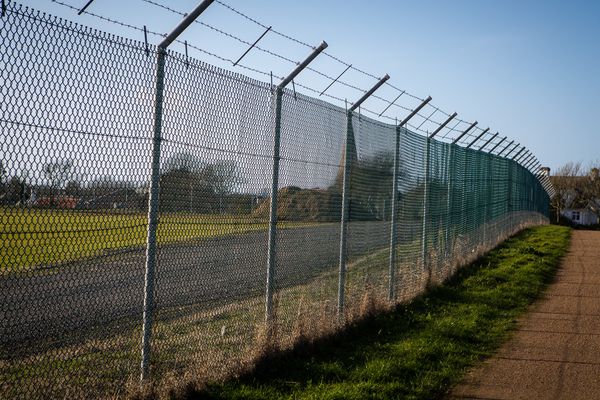 Jersey's Environment Minister may be about to get some divine intervention to help him decide whether to knock down the airport arrival's building.

Bosses at the Airport argue that the listed building, which was built in 1937, is too close to the runway for international safety rules, and is therefore potentially dangerous. But rather than knocking it down, Deputy Rob Duhamel has delayed a decision and suggested moving the entire runway further away from the building instead - which would put it much closer to St Peter's Church. Now Parish Rector, the Reverend Martin Poolton, fears that would threaten the church itself.

He said: "The Environment Minister is concerned about the 1930's arrival building being knocked down, and wants to move the runway north, closer to the medieval building of St Peter's Parish church. It would certainly mean taking the spire off. If he wants a battle over the Church spire then he can have it, I think it's daft."

The Airport has applied to knock down the arrivals building as it breaks international safety regulations by being too close to the runway. Airport Director Doug Bannister says unless it is demolished restrictions on flights will be imposed by the regulator, meaning passengers will face more flight delays and cancellations, and that there will be significant disruption to summer charter flights.

However, the four-year-old application was further delayed this week, after the Enviroment Minister asked for a fresh report on alternatives.

Mr Bannister said: “We have now been instructed to examine and report back to the minister the feasibility of retaining the arrivals building and instead relocate the runway to the north of the airfield, closer to St Peter’s Village."

A church has stood on the current site for well over a thousand years, with the building being designated the Parish church in 1053. It was originally built on what was then an exposed site, which meant it was dedicated to "St. Pierre dans le desert" - the rock in the wilderness.