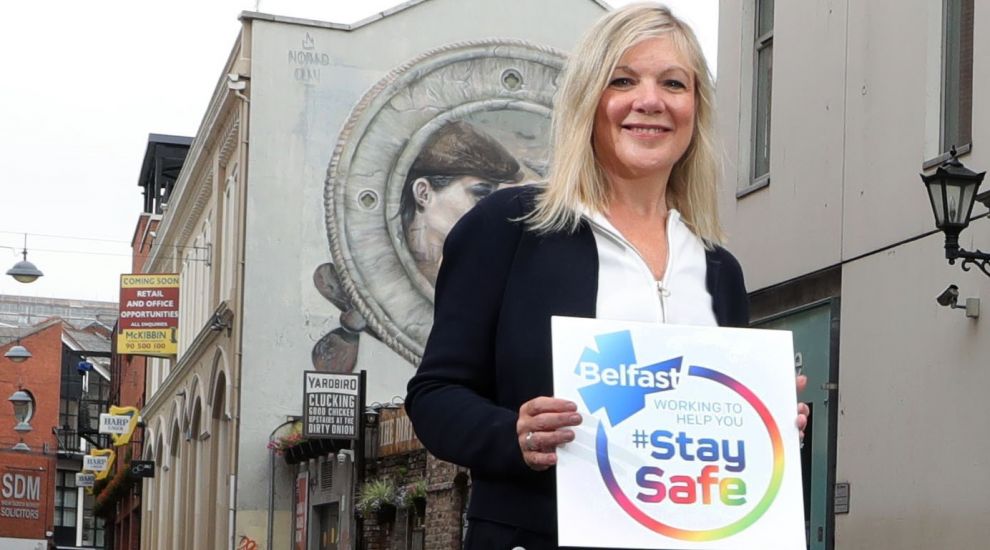 Belfast City Council’s first female CEO is the preferred candidate for the £250,000-a-year top civil service job in Jersey, it has emerged.

But frontrunner Suzanne Wylie is yet to sign any contract – Express understands the Government is awaiting the outcome of a crucial States Assembly vote next week on whether the Interim CEO’s contract should be extended until after the elections.

Her positioning for the leading Jersey job is reported today in the Belfast Telegraph, which described her as a "popular figure with councillors across the political divide."

Before taking on the role, she was previously Director of Health and Environmental Services – a post she held for just under four years.

At the time of her appointment, Ms Wylie said: “I have been responsible in recent years for a leading a number of partnerships aimed at making Belfast a safer, healthier, more vibrant and sustainable city. I am passionate about my home city of Belfast and am committed to dealing with some of our long-standing issues such as health inequalities and community cohesion."

Her most recent achievement has been negotiating a £850m investment package - £350m committed by the Northern Ireland executive, match funded by the UK Government and £150m from other partners – to help deliver projects spanning tourism regeneration, Life and Health Sciences, creative industries, manufacturing and digital development. 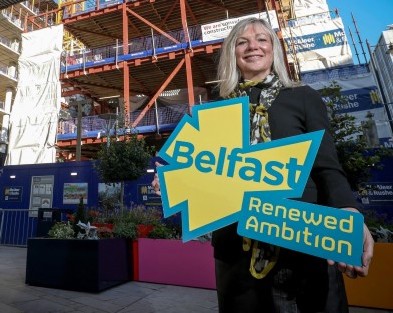 Pictured: Ms Wylie at the launch of a campaign to encourage investment to support economic recovery in Belfast in October 2020. (Belfast City Council)

She also recently made headlines when she was forced to apologise “wholeheartedly and unreservedly” over the handling of the funeral of former head of intelligence of the IRA and senior Sinn Féin member, Bobby Storey, last June.

Families were unable to attend cremation services on the same day as the one held for the Republican – something Ms Wylie described in a statement as an “error of judgment.”

An independent report into the controversy concluded in February of this year: "The differential in treatment should have been realised by all those involved on an organisational level.

"The differential in arrangements for the cremations that day was avoidable, unnecessary and simply wrong and steps should have been taken to prevent the differential from arising in practice."

The Belfast-born leader, who has three children, is also well-known in the city for her love of cycling – she first got into commuting to work via the council’s ‘Bike to Work’ scheme, and has now commuted to work by bike for more than a decade.

Former Chief Executive of the London Boroughs of Wandsworth and Richmond Paul Martin – who is ‘connected’ to Ms Wylie on LinkedIn - currently holds Jersey’s top Government job on an interim basis. His 12-month contract due to expire at the end of February 2022.

The Interim CEO role opened up after Charlie Parker agreed to step down in the wake over a row about taking on a second job as a Non-Executive Director at UK real estate firm New River.

Recruitment for a permanent CEO, which was overseen by the Jersey Appointments Commission, started in March, with the deadline for applications set for 19 April. Shortlisted candidates were expected at the time to be interviewed in late June.

Pictured: Mr Martin was one of 17 candidates to be considered for the Interim Chief Executive role by the Jersey Appointments Commission.

Express understands that the Government hoped to have contracts for the permanent appointment settled in August - six months prior to Mr Martin’s February 2022 contract expiry date - but that this process was paused when Deputy Kirsten Morel called for a vote on keeping the Interim in place until after the June 2022 election. He said Mr Martin had indicated he would be happy to do so.

In a report outlining his proposal, Deputy Morel commented: "If the wrong person is appointed to the role, the consequences are profound and have a serious detrimental effect on the Island’s public administration."

He went on to note that the Government's last three Chief Executives had all left with compromise agreements that led to three reports by the Comptroller and Auditor General (C&AG), each featuring recommendations that still need to be implemented.

The move had previously been suggested by Chief Scrutineer Senator Kristina Moore who said in a letter to the Chief Minister that delaying the recruitment until a new Council of Ministers is in place would "avoid a repeat of the previous recruitment process" - Mr Parker took up his new role just months before the 2018 elections brought in a new Chief Minister.

This week, the Corporate Services Scrutiny Panel – which Senator Moore chairs – said they would be backing Deputy Morel’s calls to delay recruitment as they published a highly critical report of the culture and HR processes in Government.

Express asked the Government whether the new CEO job had been offered and accepted on Friday. When Express contacted the Government again this morning for comment, a spokesperson responded: “The recruitment process for a new Chief Executive is due for debate in the States Assembly. We will not be commenting before that debate.”

Deputy Morel's proposition is due to be debated next Tuesday, 14 September.

Posted by Paul Troalic on Sep 9th, 2021
In my opinion no new appointments should be made until after the next elections. This is common sense, but sadly our government does not appear blessed with this attribute.
Leave the present incumbent in place until the new House is elected.
And jus5 an observation but she looks a tad young to me for such a crucial role. But then what do I know.
Posted by Donal Dolo on Sep 9th, 2021
No one should be paid that much no one.
Posted by gordon le claire on Sep 9th, 2021
another non jersey person o why do our states members always assume local people are never good enough for the top jobs.
Posted by anthony turmel on Sep 9th, 2021
in five years time or sooner..massive pay off, thank you goodbye.....next.
Posted by David Moon on Sep 9th, 2021
Deputy Morel is quite correct in that the appointment of a CEO should be left until after the elections next year when a new Council of Ministers will be in office. The last thing the Island needs is another high flying ex Uk Civil Servant. With the current problems the Island is experiencing with the EU and France in particular that would be the last person it needs. With Institute of Directors urging its members to stand for election next year perhaps it could persuade one of them to stand for CEO. as they are more in tune with the Island and its culture and history then someone from Belfast. Indeed the Government HR Department should be looking at employing a French head hunting company to recruit a top ranking civil servant from the ranks in France this would help to redress the balance of anglicisation of the Island and help restore the entente cordiale with Normandy and Brittany.
Could we informed where the post was advertised and the list of applicants who applied. It does seem strange for someone who is the CEO of Belfast to want to become CEO in Jersey.
Posted by Martin on Sep 9th, 2021
Agreed this Gov is panicking ( again ) & has rushed this through!

TOTALLY agreed re the non local appointment AGAIN - I am not slurring her abilities BUT REALLY is NO ONE in Jersey good enough to do this job?

After Charlie Parkers efforts I would say about 20% of the population would do a better job than he did - except for fleecing us with a HUGE HUGE GRIN -which likely still exists today!
Posted by Jon Jon on Sep 9th, 2021
Surely there’s someone in this Island fit for this purpose? Crazy money and no doubt she moves her family across to a four bedroom mansion paid for by tax payers .Our states have lost any faith in them.
Posted by Keith Marsh on Sep 9th, 2021
The only way a new CEO should be appointed soon, is IF the current Government and all States Members resign NOW. Seriously though, it is madness to appoint this Lady before the elections especially as Mr Martin is happy to extend his stay,
The only concern I have about Suzanne Wylie is why does she want to leave her beloved post in Belfast, where her heart is, to take up a possibly less demanding position here.
Question ~ did she get the job because she cycles to work ??
Posted by Ann Good on Sep 9th, 2021
I’m delighted to see the powers that be have chosen a woman to lead Jerseys public sector however Ms Wylie’s background prior to her current appointment was as Director of Environment and Waste at Belfast County Council. Unlike Mr Martin or his predecessor both of whom had far greater experience in CEO roles. I struggle to see how the totality of Ms Wylie’s experience in Belfast would make her the preferred candidate over a senior leader in Jersey, with Jersey based experience and critically local knowledge. We are not Westminster or Belfast…. so why does Government insist on bringing in applicants from overseas, it cannot be that no one in Jersey is able to offer leadership for our community at this level.
Posted by gordon le claire on Sep 10th, 2021
it would be nice if at leased one minister replied to the above telling us why we are wrong and they are always right
To place a comment please login Login »