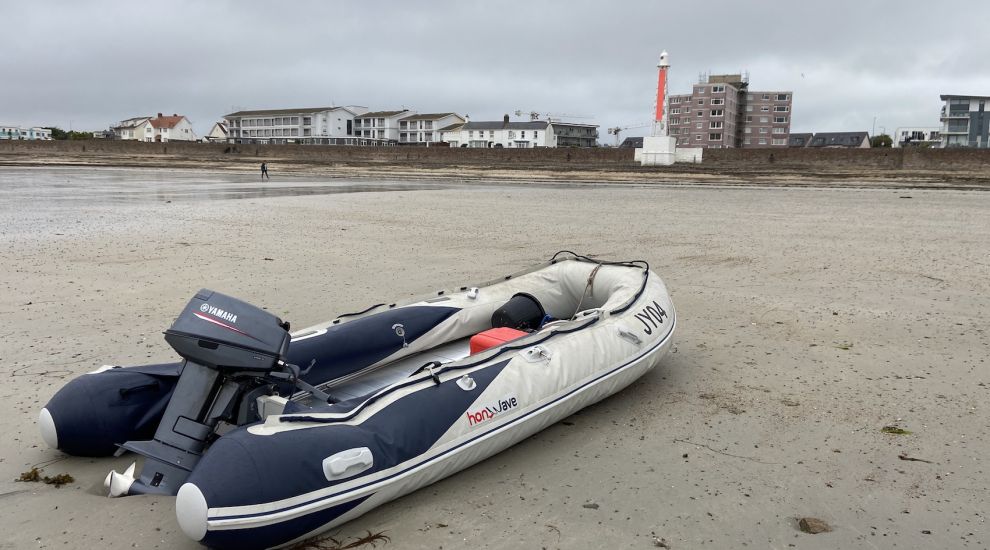 Police are on the hunt for witnesses after a dinghy was apparently stolen from La Haule slipway in the early hours and taken all the way to the east of the island.

According to officers, the vessel was tampered with around 04:00 on Tuesday (14 July).

In a statement, they explained: "A grey inflatable dinghy with an outboard engine was stolen from the Jet-ski concession at La Haule Slip. The vessel had been on its trailer near the sea wall.

"The trailer was pushed down to the sea and the vessel launched. Damage was also caused to a nearby red Massey Ferguson tractor and another boat had been climbed on."

Pictured: The dinghy was originally based at the jet-ski concession at La Haule Slip.

They added that the dinghy was located several hours later in a poor condition with "deflated tubes" on La Mare beach in St. Clement.

Anyone who witnessed the vessel being launched for who has more information about what happened is urged to contact Police on 612612 or make an anonymous report using the Crimestoppers website.