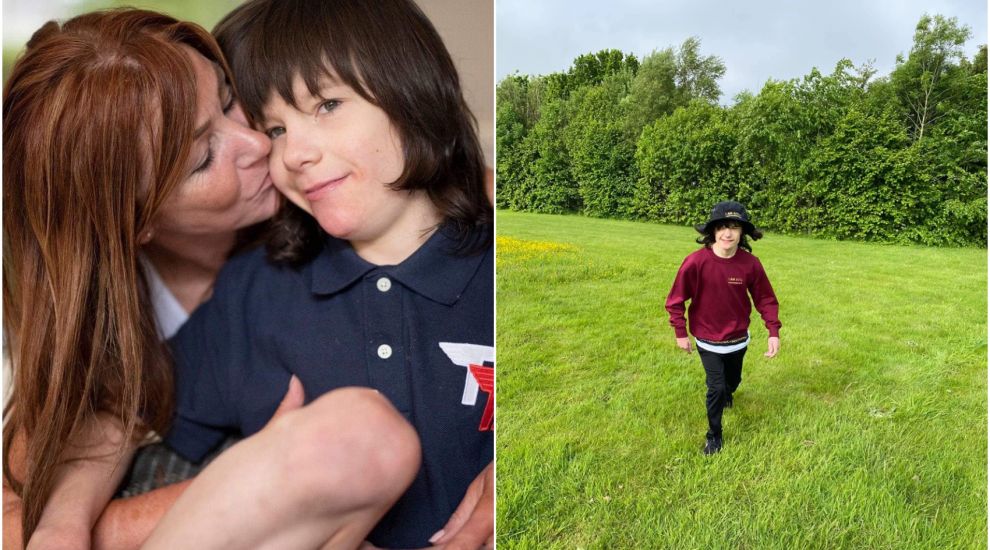 The boy who played a pivotal role in changing UK medical cannabis laws is visiting Jersey this weekend, as part of a campaign which could see a 'not-for-profit' clinic set up in the island.

15-year-old Billy Caldwell and his mum, Charlotte, are urging people to join them as they walk around the island throughout the weekend and early next week, as part of an initiative to fund more research into medical cannabis - as well as meeting local politicians to talk about an 'I am Billy' clinic here.

Billy has both severe drug resistant refractory epilepsy and autism - over the past five years, medical cannabis has been the key drug that has helped Billy control his life-threatening seizures, which he has been suffering from since he was four months old.

In 2018, he made national headlines after his doctor was suddenly prevented from prescribing him the medicine, having initially given him a prescription the previous year.

This then led his mum Charlotte to Canada, where she brought back a supply of the medicine from a clinic to the UK - however upon declaring it at Heathrow Airport, it was confiscated from her, leaving Billy without any at all.

Four days after the medicine was confiscated, Billy was taken to a hospital in London via ambulance after what Charlotte said was his first seizure in around 300 days.

Following a national outcry of support for Billy, the UK Government agreed to release the medicine back to him.

Even then though, it would take another two years of legal battles and lobbying before Billy and Charlotte finally got what they were fighting for, and Billy became the first person to be granted a full NHS-funded prescription for the whole-plant medical cannabis since the 2018 law came into play. 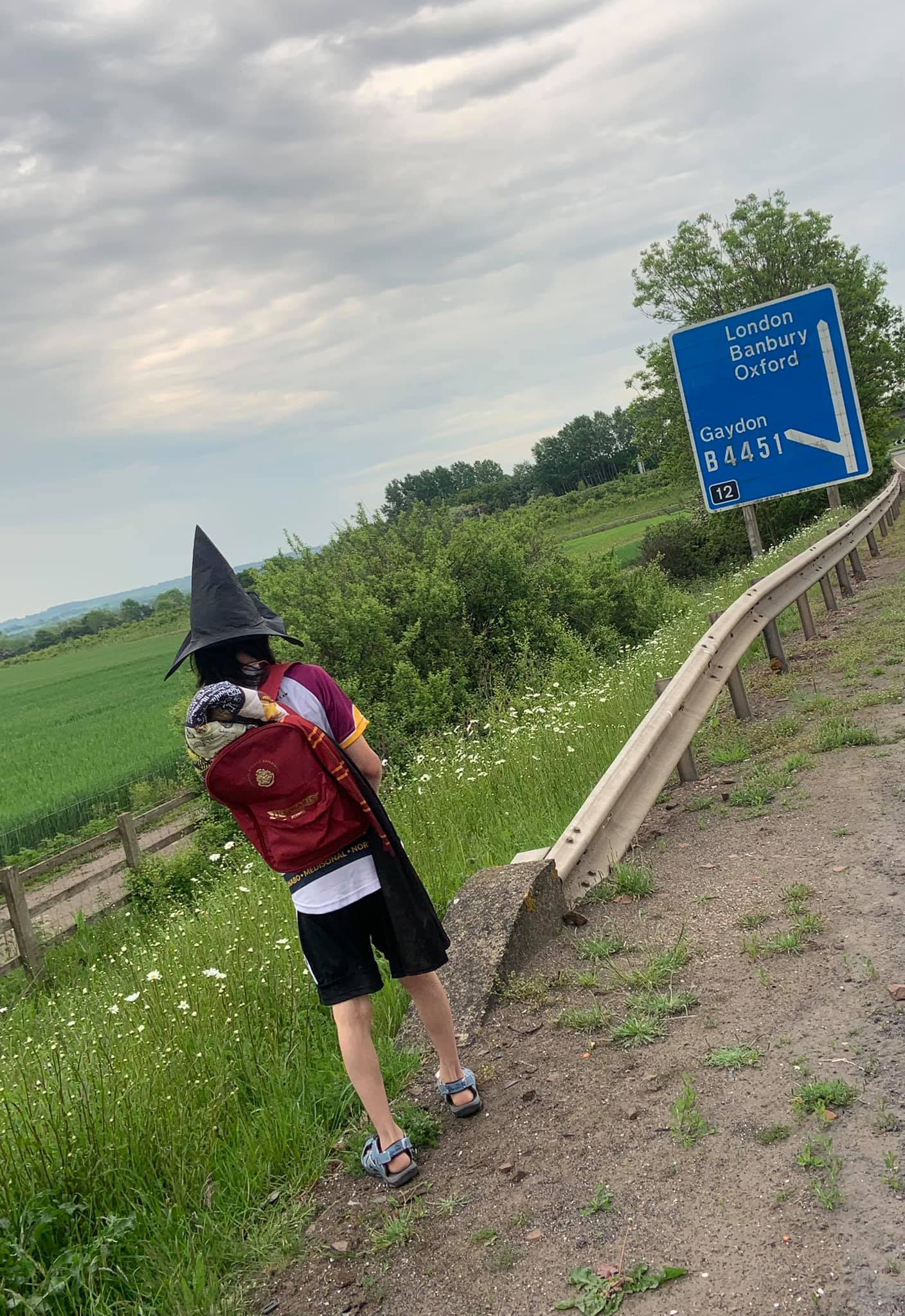 Pictured: Billy and his Mum, Charlotte, are walking 1000 miles to help fundraise for their new foundation to support access to medical cannabis.

On the change in Billy since the prescription on the campaign website, Charlotte said: “It is quite simply blowing my mind to watch my beautiful and innocent child… show such great improvement using cannabis medicine despite such an aggressive and devastating medical condition.”

Talking to Express nine months on from the historic prescription, she explained how hearing other stories from those who had gone through similar ordeals, had put her on the path to setting up a foundation to financially support those who need a prescription.

“It’s been a five year journey, and throughout that journey I have been inundated with (stories of) thousands upon thousands of vulnerable clinically ill patients, throughout the UK and the British Crown Dependency Islands,” she said.

However, since the law change in 2018, she noted that “there has been a very minute small number of NHS prescriptions written for medical cannabis - sadly that’s the situation… ”

Giving an example of one story, she spoke of “a mummy of three children who is suffering from with fibromyalgia, and chronic pain, and she is calling me and crying on the phone saying I can’t go on, I can’t go out anymore, I can’t take care of my babies, I’m crawling down the stairs on my hands and knees to put my children out to school.

“And in the midst of all that she has been prescribed untold amount of pharmaceuticals that just haven’t worked… she might benefit from medical cannabis, she might not, but that’s all really left for her to have a quality of life…

“I just decided there had to be some action and I’ve spent the past six months putting the ‘I Am Billy’ campaign together.” 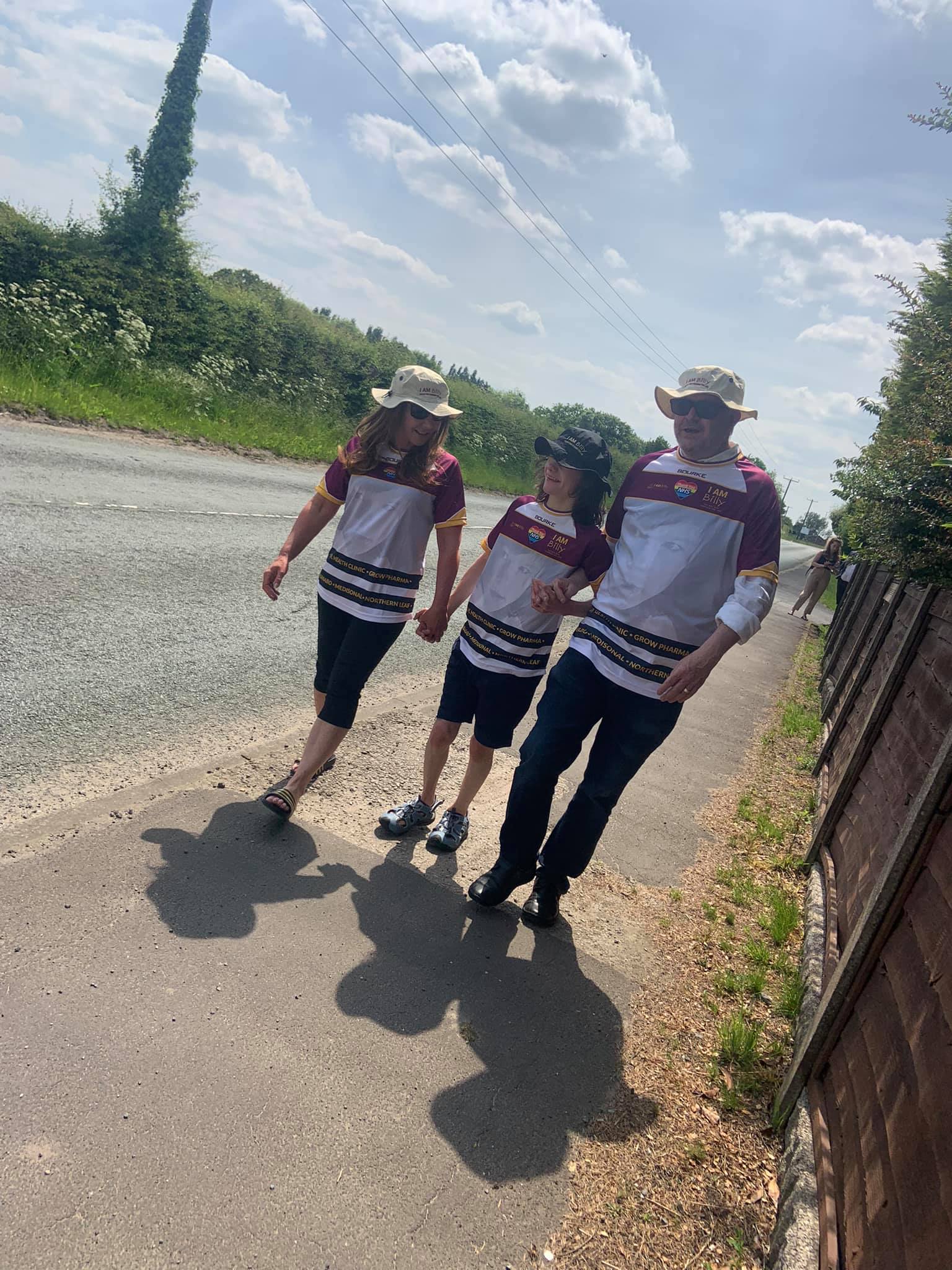 The campaign will be raising money for the I Am Billy Foundation, which looks to support those with chronic illnesses who could be helped with medical cannabis.

The aim would be to set up not-for-profit clinics where they could carry out clinical research, and offer financial assistance to those most in need of medicinal cannabis products, as well as offering prescriptions given by GMC-registered doctors for those who don’t fit into the criteria of the studies.

To fundraise for the Foundation, Charlotte and Billy have embarked on a 1,000 mile walk, that has taken them from their home in Northern Ireland to locations around the UK - and their next stop will be Jersey this weekend.

On why she is choosing the island as a pitstop on their journey, Charlotte explained she is aware of around 750 patients between Jersey and Guernsey who currently acquire prescription cannabis from private clinics, many of whom she has spoken to and knows desperately need support in paying for their prescription. 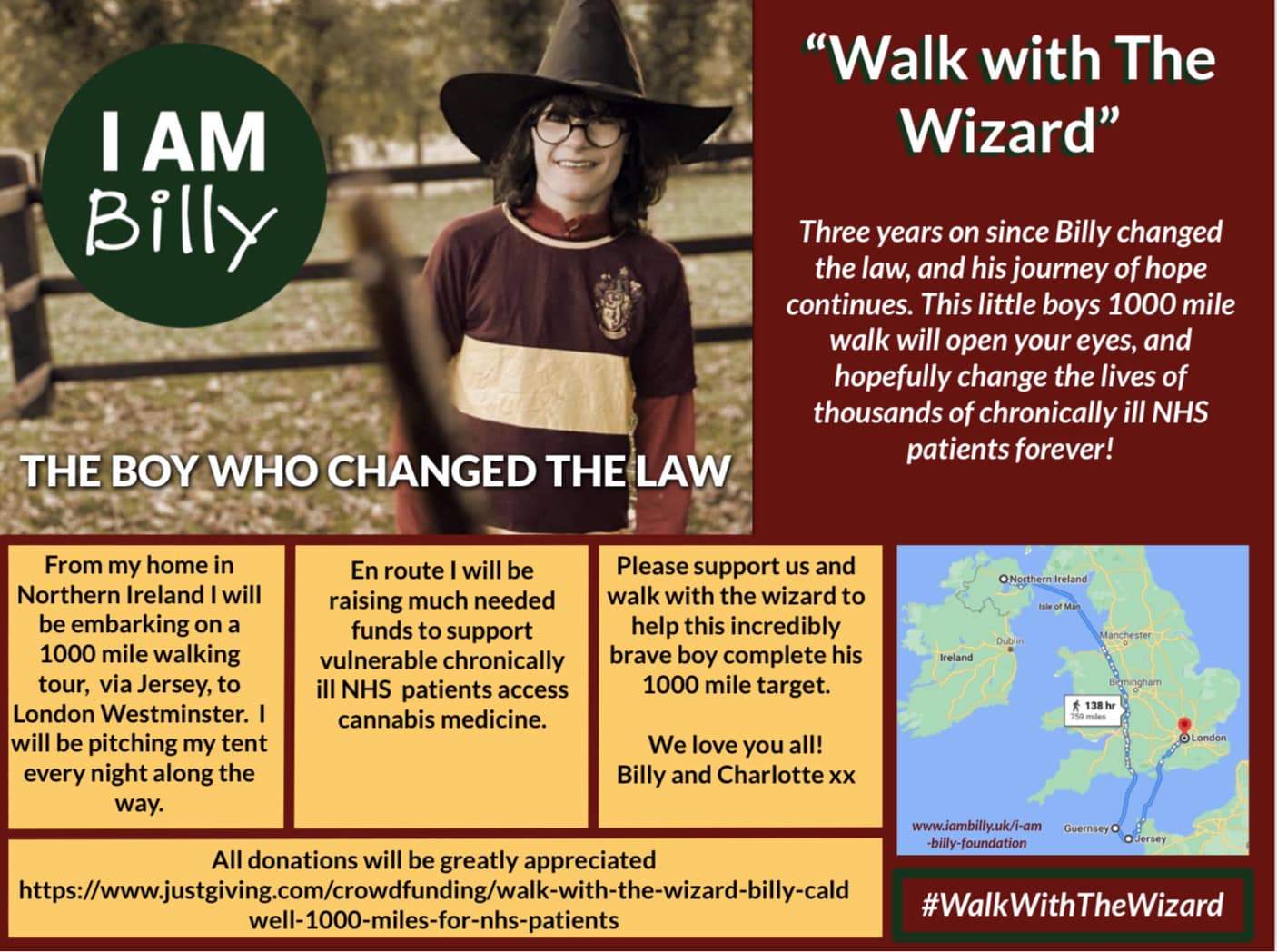 Pictured: Billy and Charlotte are hoping islanders can join them on their walk this Sunday on Jersey's beaches, in a 'Call to Action.'

The pair will be arriving on Friday, and take part in a weekend of activities including a trip to the zoo, meeting patients, and visiting the Northern Leaf medical cannabis facility which is linked to the ‘I Am Billy Foundation.’

Perhaps the central moment of the trip will be on Sunday, when they are inviting islanders down to St Brelade beach to ‘Walk with the Wizard’ and become a part of Billy’s journey, walking alongside both of them and raising money for the foundation to support those who need medical cannabis - they will be meeting at Winston Churchill Park car park at 11:00 that morning to begin the walk.

Billy will also be walking through St Helier to meet Senator Lyndon Farnham and other local politicians on Monday, to discuss the possibility of an ‘I Am Billy’ clinic in Jersey.

Following their time in the island, the pair are aiming to reach Westminster by June 14 to meet with UK Health Minister Matt Hancock. At this roundtable, they will present evidence towards setting up medical cannabis trials at ‘I Am Billy’ clinics, which they hope the National Institute for Health Research will fund.

On the aims of the campaign overall, she added: “I’m getting tired of feeling the pain of patients, of living the pain of these patients - I’m a mother of a patient with lived experience and I’m emotional, but I’m hopeful that this campaign can and will save lives - that's the whole objective”

You can donate to Billy’s fundraiser by CLICKING HERE.