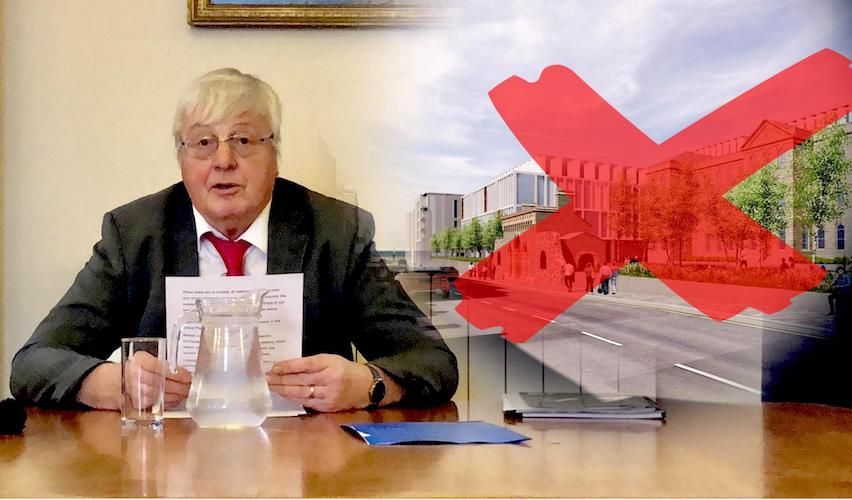 Rebuilding Jersey's hospital around the current site now looks to be dead in the water after the Environment Minister rejected a second planning application for the £466m development.

Deputy John Young's decision, which was announced this lunchtime, now paves the way for reconsideration of other sites for the biggest local development in a generation.

The initial planning application was rejected early last year by Deputy Steve Luce, and since then officials have been working on a fresh application.

Today it was revealed that the independent Planning Inspector Philip Staddon had recommended to the Minister that the second application also be rejected, unless "public interest" reasons overruled that.

He said that the application risked causing "unreasonable harm" to its neighbours, with in some cases the harm being "exceptionally severe".

Today Deputy Young said that he had "carefully considered the public interest benefits, and sought to balance them against the significant planning harm that would be caused by this development. I therefore refuse this application."

The Minister for the Environment, Deputy John Young, has refused the planning application for a new hospital for Jersey. https://t.co/I8CPMUYk8u

“This has been a very challenging decision and I have reluctantly refused this application. As concluded by the Inspector, I believe this application site is not quite large enough to comfortably accommodate the proposed scheme. A different application may overcome these issues.”

There were three broad areas for refusal:

Design, townscape and visual impacts: The proposal would result in a building that would be too large for this restricted site.

Heritage: The proposed main hospital development would not preserve or enhance the settings of numerous heritage assets.