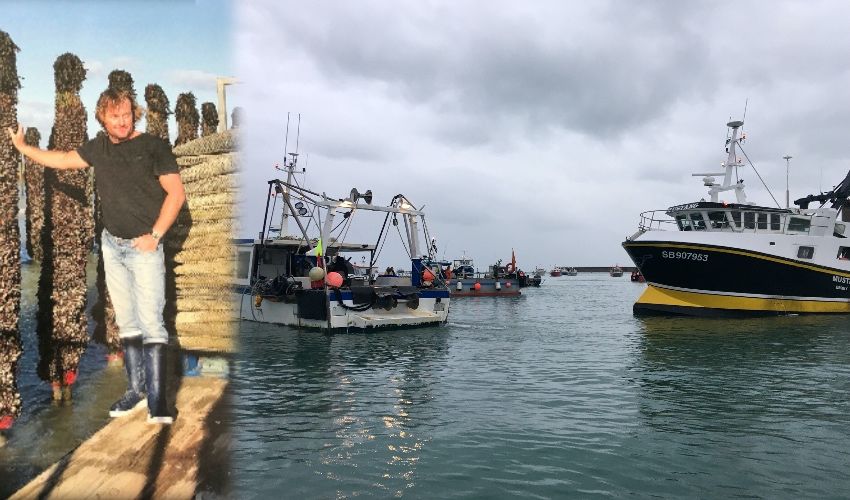 French fishermen from ports close to Jersey have the licences they need and are keen to get on with their jobs despite their Government's retaliatory rhetoric, according to a local shellfish farmer.

Chris Le Masurier, who owns Jersey Oyster, travels frequently to and from France with his produce and has built close relationships with fishermen, merchants and others involved with the industry, particularly in Granville and Saint Malo.

Concerning the retaliatory measures announced by Paris on Wednesday, Mr Le Masurier said he was waiting to speak with the Government to hear what its position was.

However, he added that, on the ground, the Noman and Breton fishermen that he spoke with who had applied for a Jersey licence had received one and simply wanted to fish.

They were not interested in the “political row” being fought out between the UK, EU and Paris, he said.

Video: Negotiations between French fishermen and the Jersey Government took place on board Mr Le Masurier's ship Normandy Trader in May.

“At a local level, we are taking Jersey shellfish into Granville and Saint Malo. The French fishermen that I deal with on a daily basis who applied for a licence from Jersey were given one.

“They are happy and are actively fishing to put food on their families’ tables; they don’t have time to go on Facebook or speak to the media.

“Also, they don’t want boats that don’t usually fish around Jersey to be given licences because that will impact on the available resource.

“They just want to get on with their lives."

Mr Le Masurier, who played a key negotiating role during the fishing protest in May, added that Brexit had added to the cost and complexity of his business, yet it had offered nothing positive in return.

“From 1 January, we have had to deal with the extra bureaucracy, paperwork and checks, including having to go into Saint Malo [as there is no designated border post yet in Granville].

“It has led to added costs and hinderance for nothing in return, and we are yet to receive any of the support promised by the Government.

“We are being completely penalised by this, but we have worked through it by building strong relationships and have been able to carry on trading."

Video: Mme. Girardin confirmed the "progressive" sanctions France would be imposing, and the French ports that would be affected, in an interview on RTL this morning.

These would start with heightened customs and health checks on produce, progressing to a ban on British boats landing fish at the ports, and then further stringent measures on British vessels spanning security, pollution and crews.

This afternoon, following the unexpected French announcement the day before, Jersey said it was issuing 75% of the licences requested by Paris.

55 French boats, meanwhile, will be banned from fishing in Jersey's waters - 20 fewer than the island indicated last month.