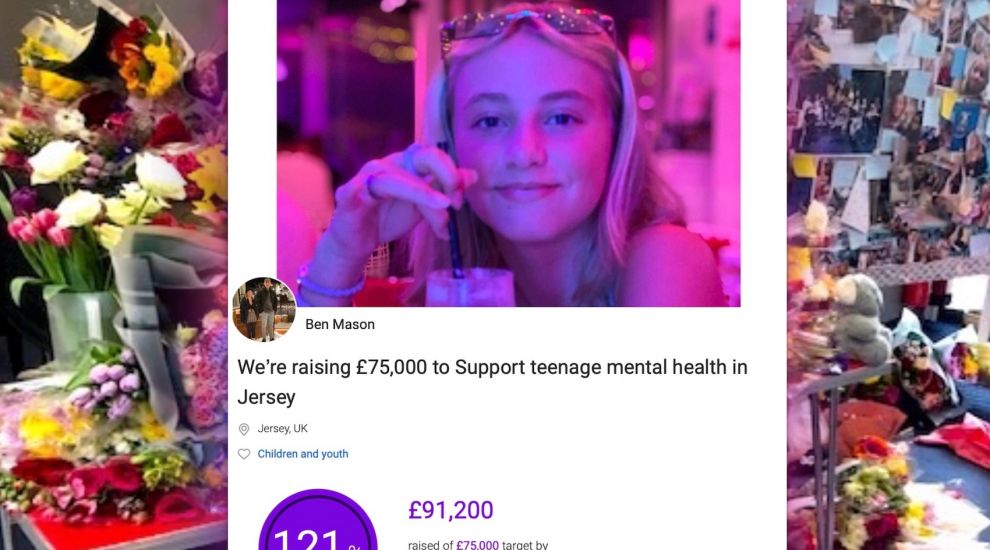 A mental health charity fundraiser in memory of a 14-year-old JCG student who died suddenly has raised more than £90,000.

Announcing the news of her passing, Kezia Mason’s “heartbroken” parents, Rob and Esther, paid tribute to the teen who “was, and still is, loved so much by so many.”

"The thought of her not being here to boss us around any more is incomprehensible," they wrote last Tuesday.

Kezia’s brother, Ben, then set up a JustGiving page with an aim of raising £1,500 for mental health charities or for a new charity to be set up in Kezia’s name.

In less than 24 hours, the fundraiser had generated tens of thousands of pounds in donations.

He originally raised the bar to £50,000, and then £75,000, with donations continuing to pour in and smashing both targets.

This morning, more than 2,600 islanders had donated, with £91,200 raised – more than 60 times the original goal. Many donors paying tribute to Kezia also praised Ben for his fortitude and determination for the fundraiser to save at least "one person and their family from suffering a similar tragedy."

On Friday, Ben thanked supporters of the fundraiser, telling them: "This is no-longer a simple charity donation - I know it's something that will make a real difference."

Senator Kristina Moore has suggested that the Government match-fund the money raised.

Devastating loss of a beautiful, young life. My heart goes out to @LucyStevoJSY & all of Kez’s family & friends. Our young need greater support. The speed with which this fund raiser has reached its target shows that our community understands that. I hope @GovJersey will match it https://t.co/LAtHrT7Gmx

Express asked the Government on Friday if it would do so and is awaiting a reply.

The Dome area was flooded with flowers, which were later passed to Kezia's family, and her peers are continuing to share photos and memories.