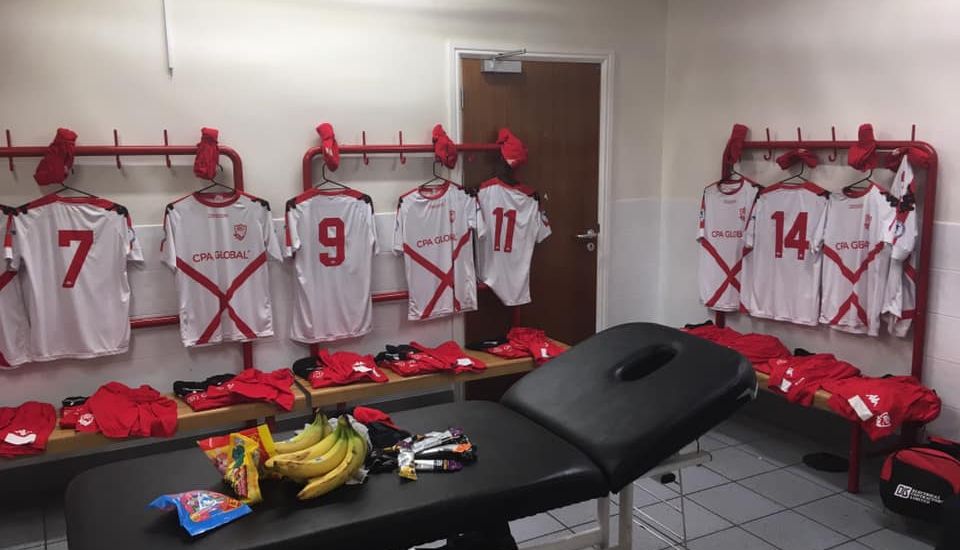 A Jay Giles penalty along with a fortunate own goal from Lloyd Connelly was enough to see Jersey Bulls gain another three points against Epsom & Ewell this weekend in an underwhelming game.

Bulls started the brighter when Giles, who captained the side, whipped in a corner but Jules Gabbiadini could only head wide.

The home side did have the ball in the net in the 11th minute, through Daryl Wilson’s curled effort but it was disallowed for offside.

Jake Baker, one of many changes to the side, then played a neat one-two with Wilson but his shot could only hit the side netting.

Set-piece specialist Giles smashed a left footed free-kick towards goal, but Conor Young was equal to it, in what was a half where chances were scarce.

On the stroke of half time Gabbiadini’s goal-bound effort was deemed to be blocked by a hand, with the referee pointing to the spot. Giles stepped up, and despite Young putting a strong hand to it, the ball bundled over the line.

There was an early scare for the Bulls in the second half when Robert Hendry beat Bradley Rolland to the ball, but his headed effort bounced back off the bar in the 49th minute.

Watch: The Bulls' penalty was scored by Jay Giles.

Moments later youngster James Carr raced through and squared to Baker, but the playmaker took too many touches and Young saved the eventual effort on goal.

Gabbiadini then had two chances within a minute, firstly being denied by Young, followed by a blazing shot over the bar after being set up by Baker.

Sean Lambert raced through in the 59th minute, sliding Baker in on goal but again the Bulls wasted a golden opportunity to put the game to bed.

Baker, who was involved in much of the play, then set up substitute Kieran Stephens, but the forward blasted over the bar.

The Bulls kept pushing for a second as Giles sent Wilson away in the 83rd minute, but again Young, who was impressive throughout, won the mental games and denied the striker.

Bulls doubled their lead, in front of the 661 attendance, late on. A cross came in from the right and Connelly had a swipe at it, but in doing so directed it into his own net to the relief of the home fans.

It means that they stay top of the Combined Counties Division One Table, being 16 points clear after 15 wins from 15 games. 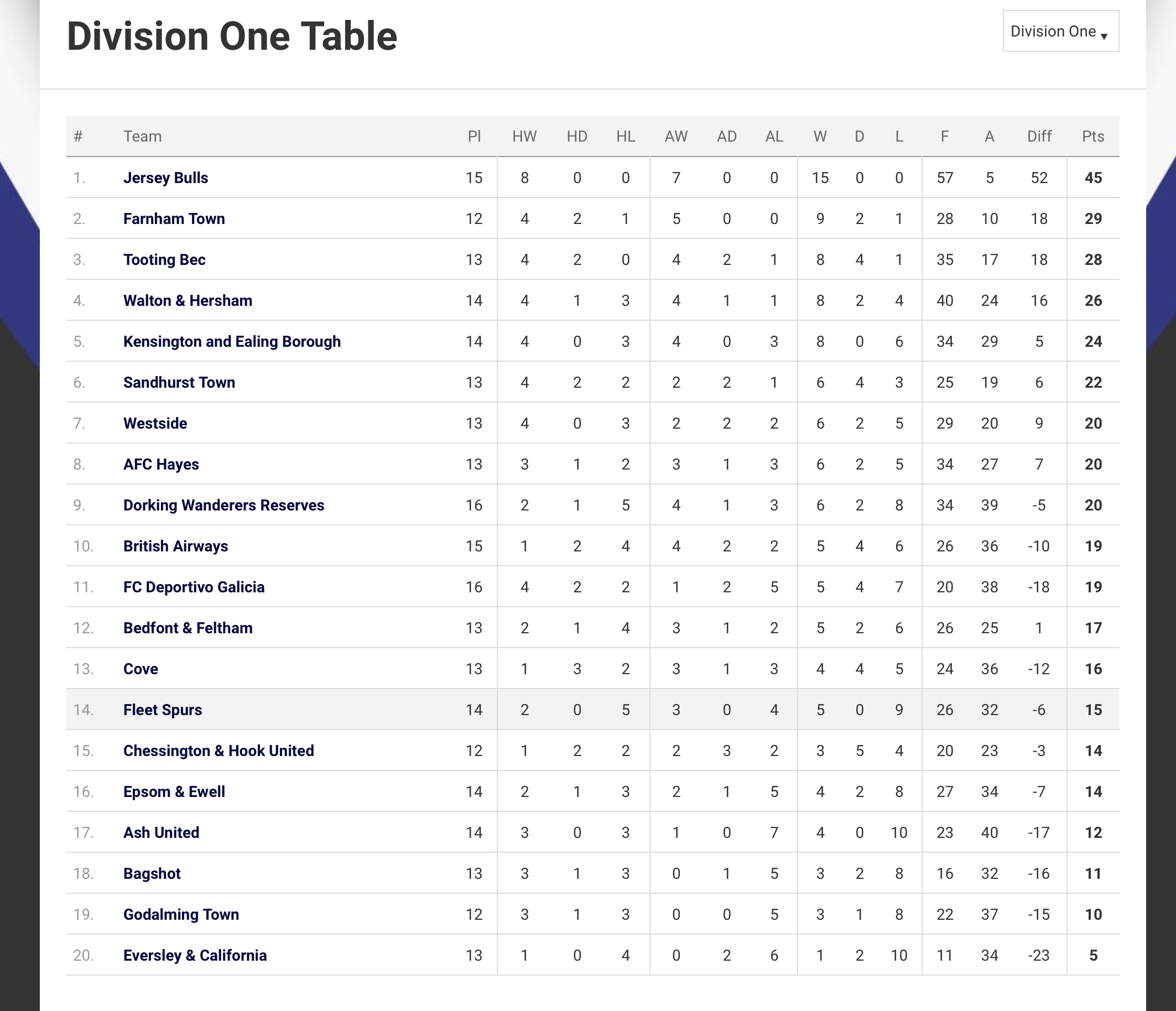 This was the start of three back-to-back Saturdays at Springfield Stadium for Jersey Bulls, as they host Cove next weekend at 15:00.