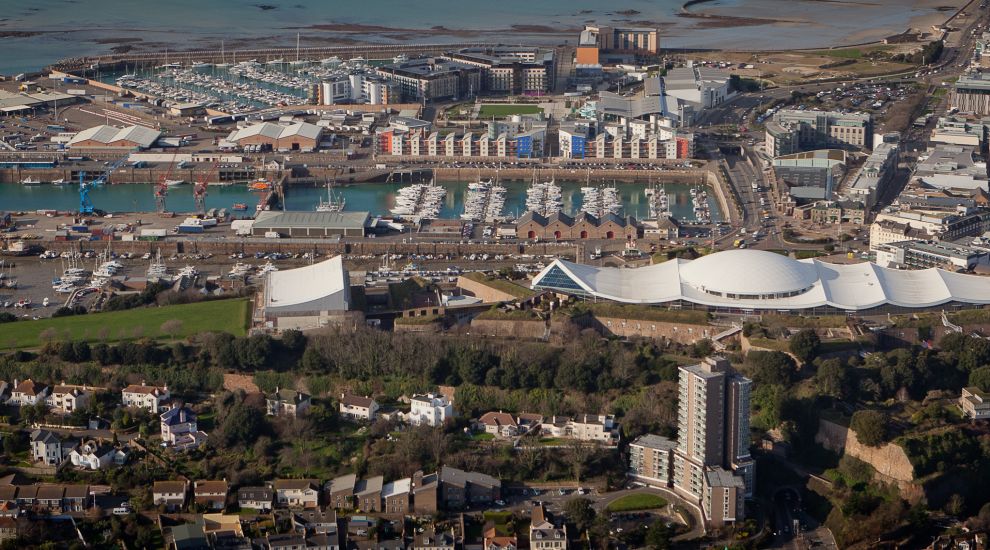 A local company has been selected to demolish the former cable car station at Fort Regent 20 years after its last ride, at a cost of £866,000.

Demolition and plant hire company, D B Cummins Ltd, has been selected to carry out the works following a tender process.

The cable cars first opened in June 1970 to provide a direct route to the Fort from Snow Hill. Since its closure in 1988, the disused station has been empty and is becoming dilapidated. There have also been reports of break-ins, vandalism and unauthorised access.

The Department for Infrastructure (DfI) said that every effort has been made to keep the buildings stable and secure. It was once considered to re-install the cables but the Assistant Treasury Minister at the time judged the capital and running costs would be too high. Since then the dilapidation worsened causing a potential risk of injury to trespassers. 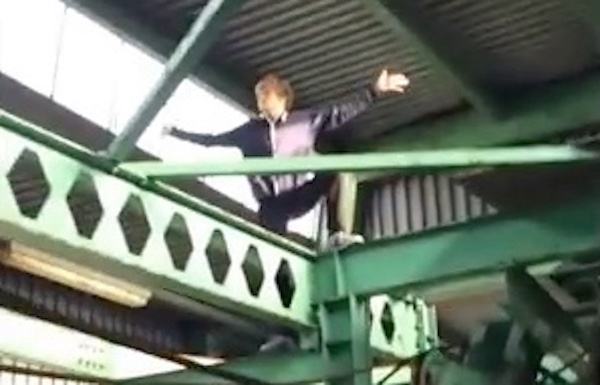 The Infrastructure Minister, Deputy Kevin Lewis, signed the Ministerial Decision that authorises the destruction. He said: “I am glad that one of my first Ministerial Decisions will contribute towards the removal of this increasingly dangerous structure. The awarding of the contract to a local company, after several years of preparatory work, is a good example of the pooling of resources within the new Growth Housing and Environment department. This is the start of the work that I hope will secure a future for Fort Regent.”

The Assistant Minister for Economic Development, Tourism Sport and Culture, Senator Steve Pallett, added: “I am pleased to have finally resolved the issue of the
cable car station. This decision is the culmination of several years of hard work and will remove a building that is no longer needed and has become unsafe. I hope we
can now move forward to consider the future of the wider site.” 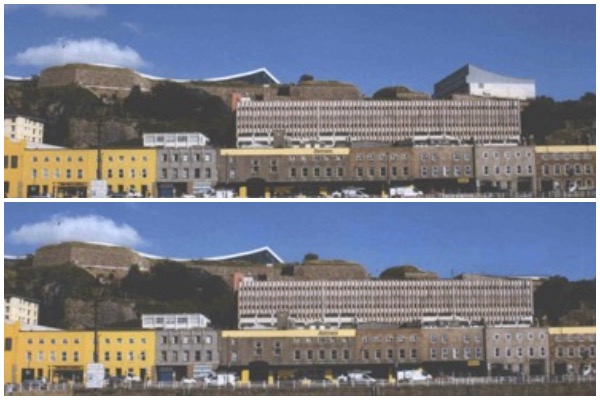 Pictured: Jersey's skyline will change once the pool is gone. (BDK Architects)

Plans to demolish the Fort pool were "reluctantly" approved in December with the Chairman of the Planning Committee, former St. Mary's constable Juliette Gallichan, describing the situation as a "very sorry state of affairs."

As part of Deputy Lewis' Ministerial Decision, the former swimming pool demolition has also been approved but the department is inviting tenders for the work. The disposal of the swimming pool building will be made slightly more complex due to the known presence of asbestos, which will have to be removed and disposed of by specialist contractors, prior to the eventual demolition.

Posted by Trevor Carre on Jul 20th, 2018
"Jersey's skyline will change once the pool is gone." Yes it will no longer distract from the ugly multi storey car park below with the million pound views of St Aubins bay.
Posted by nigel pearce on Jul 20th, 2018
While I am pleased the contract has been awarded to a local company, am I the only one who is astounded at the cost of the demolition?
To place a comment please login Login »