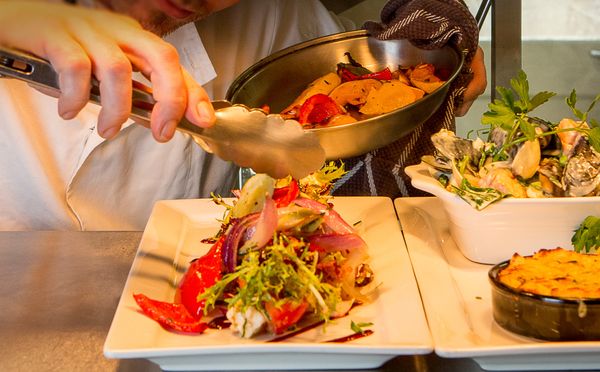 More than 1,100 people have signed a petition about a free black-tie event for departing politicians in 24 hours - and one States Member leaving the House has called on his colleagues not to dump the bill on the public.

Despite a looming £95 million black hole in States finances, taxpayers are expected to foot the bill - estimated at £8,000 - for the swanky night out for retiring States Members and their partners in the opulent surroundings of La Mare Vineyards on Thursday evening.

The online petition started by St Ouen resident Sandra Bisson already has over 1,170 signatures. She feels that politicians’ dining out at Islanders’ expense is an “insult to ordinary working people who are struggling to feed their families” and plans to stage a silent protest at La Mare Vineyards on Thursday evening if the dinner does go ahead.

Meanwhile Murray Norton - the newly elected Deputy for St Brelade No 1 - says he’s organizing a Tennerfest meal for the  “class of 2014”, the new Members who have just been elected to the House, and he says that everyone will be paying for themselves.

John Young - the former Deputy who unsuccessfully stood for "promotion" to the Senatorial benches last week - said that the meal should go ahead, but that politicians and former politicians should put their hands in their pockets, not dump the bill on the taxpayer.

"I do not think that the event should be cancelled, but I do think that Members should pay for themselves," he said.

"I'd like to go to say goodbye to the people that I've worked with, but I shall be paying for myself and my wife. If they won't take it, I'll make an equivalent donation to charity. It's up to Members what they want to do, but I will certainly be communicating with them and saying that."

Treasury Minister Philip Ozouf has also committed to paying for the dinner.

You can see the petition here.

Posted by Gordon de Gruchy on Oct 21st, 2014
Why do the States always have to choose the most expensive option. I am sure there are many local hotels who would welcome the trade and not charge £700 for the room.
I think the event should go ahead, not at La Mare Vineyards and the States members pay for themselves and their partners. Except Sarah Ferguson who wants to go because it is a free meal. What a terrible attitude. She should be utterly ashamed. It is a good job that she was thrown out of the States by the electorate.
So States members put your hands in your pocket if you want to go or if you want to give the money to charity it will be around £80 to £100 per person.
Table for one for ex Senator Ferguson!!
Posted by Mike Pitman on Oct 21st, 2014
The self-important Ferguson wants the meal free but advocated a prescription charge of £8 an item for mere mortals before she was sacked by the electorate!
To place a comment please login Login »