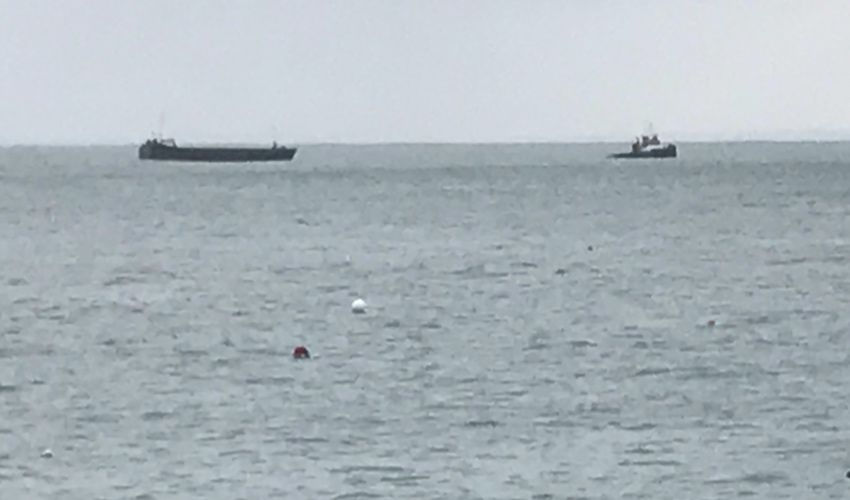 A 58-metre cargo ship was being towed from Bouley Bay to St. Helier this morning after its crew called a Mayday yesterday evening.

The Liberian-registered River Trader, a single-deck dry cargo ship built in 1989, was anchored off the north coast to shelter from the strong south-westerly winds when her propulsion systems failed.

The master called a Mayday at 17:25 on Tuesday.

The RNLI all-weather lifeboat was launched to Bouley Bay on standby and to provide reassurance to the vessel.

At 21:00, the Duke of Normandy vessel was also launched from St. Helier to stand-by the vessel overnight. The lifeboat was then stood down and it returned to the St. Helier.

Pictured: A photo of the River Trader alongside the New North Quay taken last month. (MJP)

This morning, the Duke attached a tow to the River Trader and led around the east coast on a course to St. Helier’s Victoria Pier, where they were expected to arrive by 13:00.

At 10:30 this morning, the two vessels were passing St. Catherine's, according to vessel tracking website Marine Traffic.

All five members of the River Trader’s crew remained on board throughout the incident.

The River Trader is not a regular visitor to Jersey; however, the ship is seen more frequently in Guernsey.

Pictured top: The River Trader being towed by the Duke of Normandy from Bouley Bay this morning.