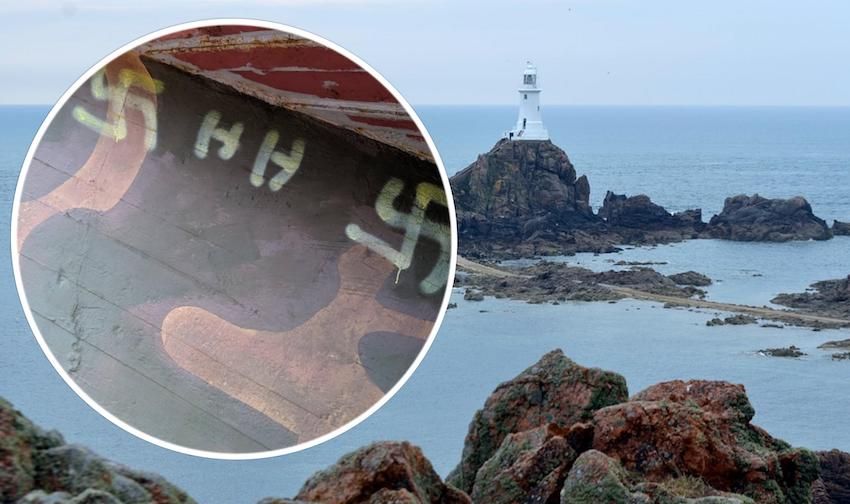 Police are investigating after a series of swastikas were sprayed onto the bunkers at Corbiere and Elizabeth Castle.

In an appeal for information, Police said the graffiti appeared yesterday (Wednesday 14 August). 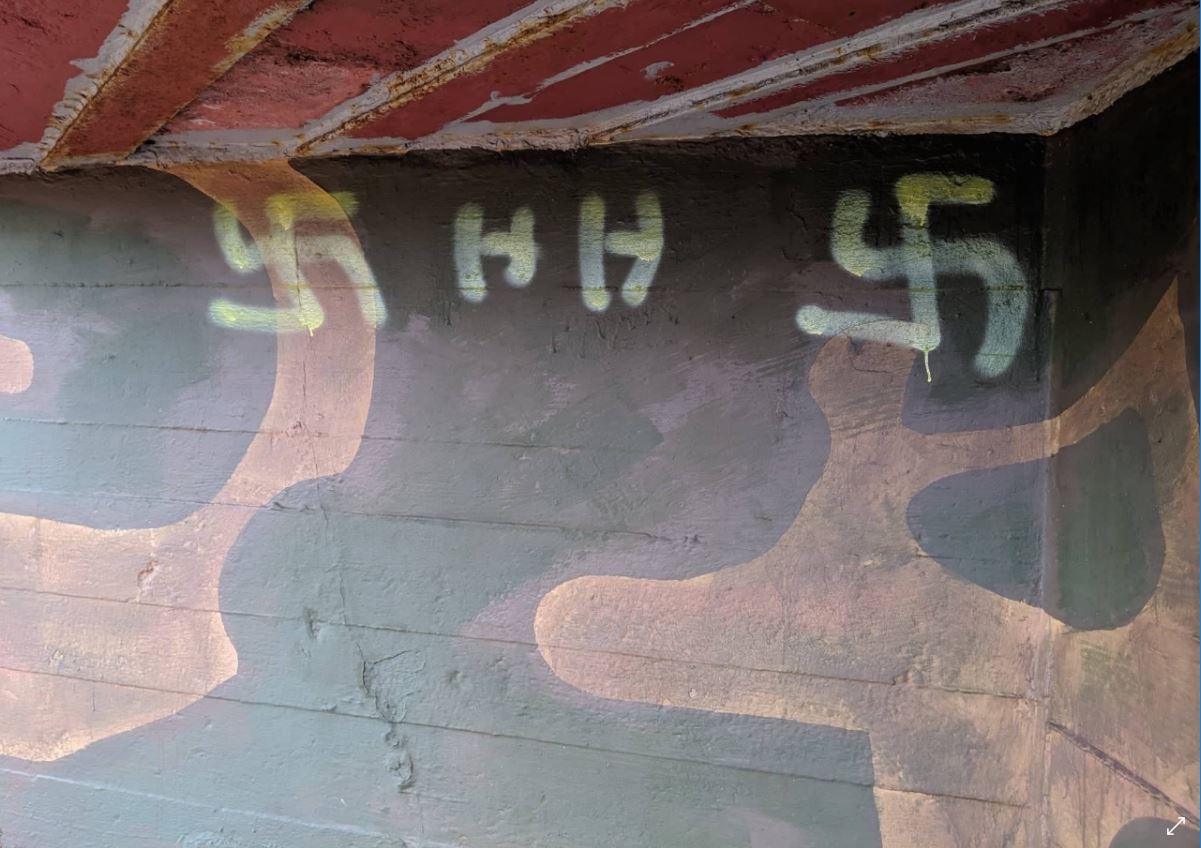 Pictured: The graffiti at Corbiere.

"At both sites swastikas were spray painted, and the letters ‘HH’ and ‘SS’ were written in black pen. At the Corbiere bunkers a yellow spray can was used, and at Elizabeth Castle a black spray can," the Force said.

They are now investigating the daubing incidents and are particularly looking to speak to two young men parked in Corbiere around 18:45 on Wednesday evening. Both were reportedly sitting in a vehicle described as similar to an old-style blue VW polo, with the driver said to have "bushy ginger/blonde hair."

Anyone with information is urged to call Police on 612612 or make an anonymous report via the Crimestoppers website.

Vehicle damaged after 'item dropped from above Tunnel'