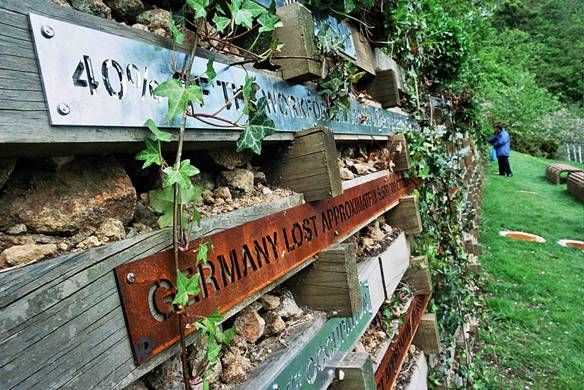 Former internees and their families are celebrating the 69th anniversary of their liberation from prison camps in southern Germany this weekend.

Thousands of Islanders were sent to prison camps in Germany during the Second World War, hundreds of them were imprisoned in Bad Wurzach. The German town has since been twinned with St Helier and six members of the twinning committee are coming to the Island to join the former internees at a special service of commemoration on Saturday afternoon.

The Island’s Bailiff Sir Michael Birt and his wife will be attending the service at the Garden of Remembrance behind the Jersey War Tunnels which will be led by Deacon Iain MacFirbbisigh.  Nick Chandler, the Manager of the British Red Cross branch in Jersey, will also be at the service which starts at 2.30pm.

The German guests will lay red roses on the 12 plaques commemorating those who never returned from the camps. Among the visitors is former teacher Hermann Bilgeri who was given the Bailiff’s Silver Seal for his work towards reconciliation.

The Bad Wurzach camp was liberated by Free French forces on 28 April and a special afternoon Liberation tea is being organised on Monday for the former internees at the home of Michael Ginns MBE who was sent to the camp in Biberach when he was a teenager.

There will be also be a special performance by the Band of the Island of Jersey at the Town Hall on Monday evening.

PLAY: Can you unscramble this iconic Liberation Day image?