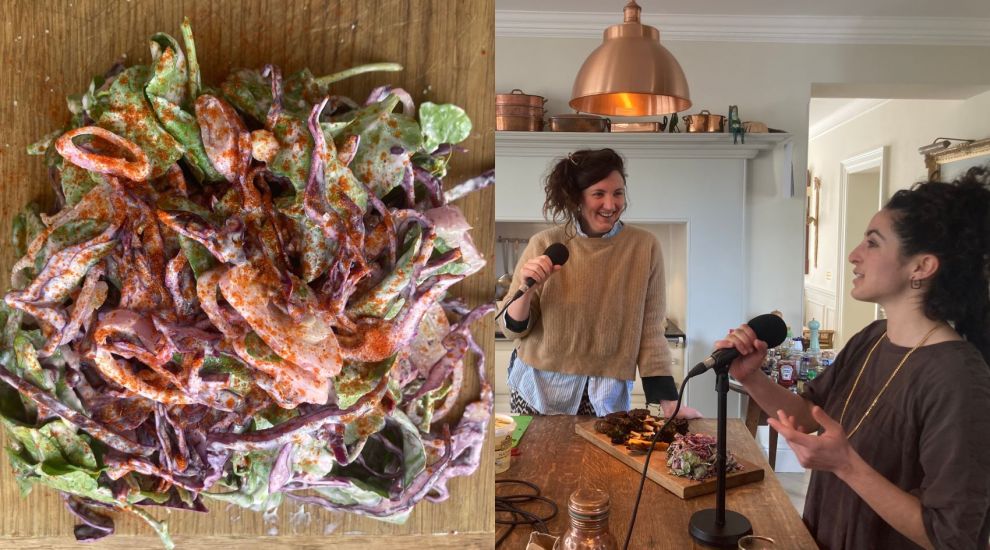 A local cooperative is launching a new initiative that will see young people invited to host sustainable dinner parties to demonstrate how they can have a positive climate impact through their diet.

St. Lawrence-based SCOOP's ‘Social.Feed’ programme will involve islanders aged 18 to 25, as well as a group of 10 artists.

Running from 20 June for 10 weeks, the project will see food packs containing ingredients for up to 10 people delivered to participants so that they can host their friends and families.

The contents of the food packs will vary from month to month based on seasonal produce.

Milly Warner, who is part of SCOOP’s research team and leading the initiative, said 80% of the produce will be local and that the cooperative will be working with local dairy producers as well as small agricultural growers who focus on soil health and biodiversity, such as Anneville Farm.

‘Social.Feed’ will also include a series of artists workshops focusing on people’s relationship the natural landscape as well as monthly carbon neutral parties coinciding with the new moon where participants will be encouraged to share and tell stories.

“We want to really focus on how the natural landscape changes through the seasons and how the produce changes.”

The project came about after 21-year-old Jasmin Nayer, one of the cooperative’s chefs, noticed that young people were under-represented among SCOOP’s users.

Ms Nayer worked with Cordon bleu chef India Hamilton and Ms Warner to develop the project which aims to show to young islanders they can have a positive climate impact through their diet.

“It’s mainly to do with fostering a deeper sense of connection to the food we eat and learning how our diets can be a really great tool in having a positive climate impact,” Ms Warner said.

The name of the project, Ms Warner, explained aims to convey the idea that the project will be “food for the body and the mind”, by providing social interaction which has been limited in the past year, while also referring to social media feeds.

SCOOP is currently still looking for sponsors and fundraising for the programme and will soon launch an appeal to participants.

“We really want to make sure that the participants represent the diversity of Jersey,” Ms Warner explained, adding that the cooperative will be working with local schools and charities, including Caritas.

While experience in catering is not required, participants will need “an interest in Jersey, food and cooking”.

The cooperative will also be on the lookout for local artists of all mediums to be involved in the project, which will culminate in a public exhibition in September.

SCOOP hopes the project will evolve into a festival during which they will curate workshop and events all around the idea of “the joy of good food”.

“It’s a really positive project based on the celebration of good food and of our local environment,” Ms Warner said.

“The climate conversation can sometimes be negative, this will hopefully be a positive pathway to more climate resilience.”