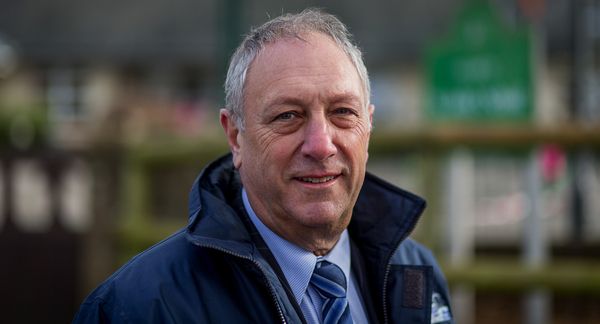 The grandson of a Jerseyman who died for failing to hand over his wireless to the Germans during the Occupation will lay a wreath on behalf of the families of the 21 Jersey Holocaust victims at a ceremony next Monday.

Dr Kevin White’s grandfather Frederick Page was sentenced to 21 months imprisonment in 1943 for ‘failing to surrender a wireless’, and was deported to a prison camp in Germany. He died on 5 January 1945.

Dr White is visiting the Island for the first time to attend next Monday’s ceremony which will take place in the Occupation Tapestry Gallery at the Maritime Museum on the New North Quay.

Wreaths will also be laid on behalf of the families of the Spanish Republican Forced Workers, Jersey’s Jewish Congregation, the Island’s gay and lesbian community, St John Ambulance, ex-internees and for the first time, Jersey Mencap.

The Keynote speaker at the Ceremony is the President of the Jersey Jewish Congregation, Stephen Regal. The Dean of Jersey, the Very Rev Bob Key, will give the closing address.

The ceremony is part of the national commemoration which remembers the millions who were murdered in the Holocaust and subsequent genocides, and to challenge hatred and persecution in the British Isles today.

The Jersey Holocaust Memorial Day Organising Committee said: “We believe that the purpose of Holocaust Memorial Day is not only to remember the Holocaust and all who suffered as a result of Nazi persecution, for whatever reason, but also to commemorate all those other victims of genocide, whenever and wherever it has occurred. Holocaust Memorial Day reminds us what can happen if we do not take personal and collective responsibility for tackling racism and other forms of bigotry.”

The ceremony is open to all and starts at 1pm.

21 Jersey victims of Holocaust to be remembered today