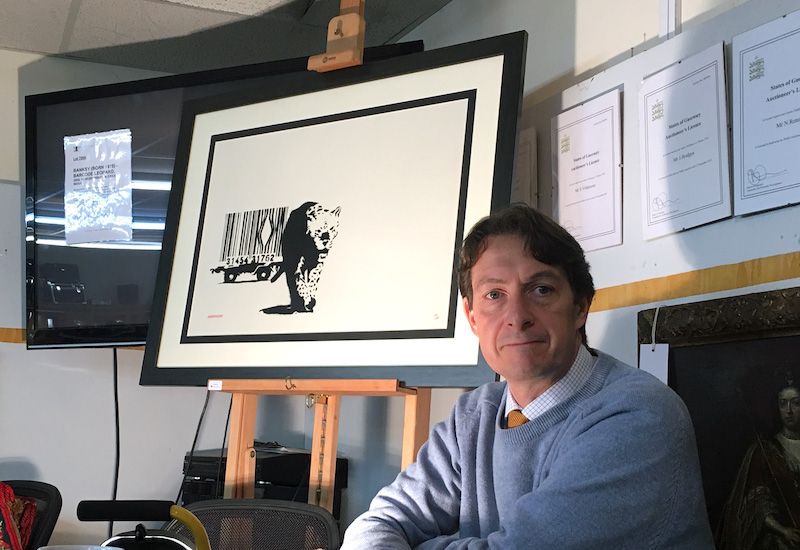 A Banksy print that unexpectedly turned up at a Channel Islands auction house is going up for sale this week.

The Barcode Leopard print is the 461st edition in a run of 600, and will be being auctioned off this Thursday at Martel Maides in Guernsey, marking the first time the house has had one of the anonymous contemporary artist's works.

With an opening price of £8,000, James Bridges, Director at Martel Maides Auction House, said they were very lucky to have come into the print, as its owner had turned up one day with it and its certificate saying he wanted to sell it in auction.

"This very literally came to us by chance, as a man called in through the door," Mr Bridges said. 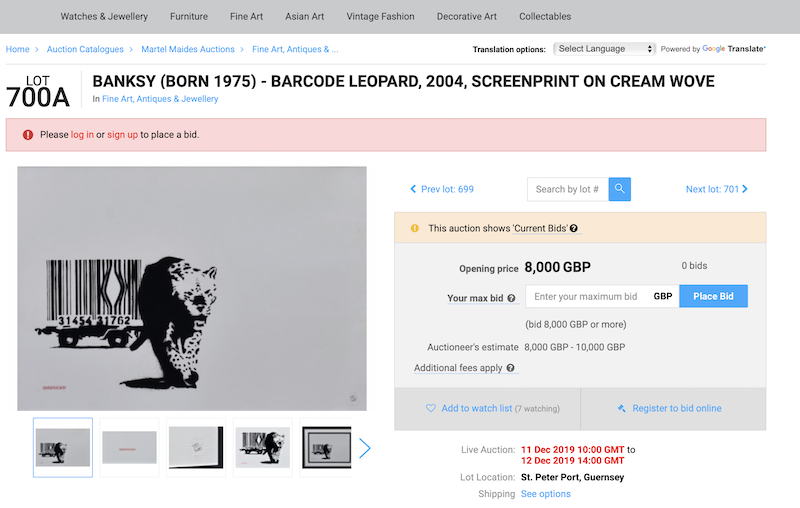 Pictured: The print shows a leopard having broken out of a cage, represented by a barcode.

"He came in and said he had a Banksy print, and asked if he could put it in the fine art auction.

"This is the first time we have had anything from Banksy, we don't get that much contemporary art in, and with Banksy being probably the best known contemporary British artist, it was a really good opportunity."

Mr Bridges said they had looked at other auctions of the print in the past to come up with their valuation - they are expecting the print to go for between £8,000 and £10,000 - and said the mystery of Banksy made his art all the more tantalising for customers. In the past, the barcode leopard prints have gone for as much as £18,000.

This specific print is not signed by Banksy, put marked with a red 'Banksy' stamp - there were a number he did sign, and then 600 were stamped. Each print, including this one, comes with a certificate of authenticity - a Pest Control Certificate - which is torn in half, with the other half kept by Banksy's handling service, Pest Control. 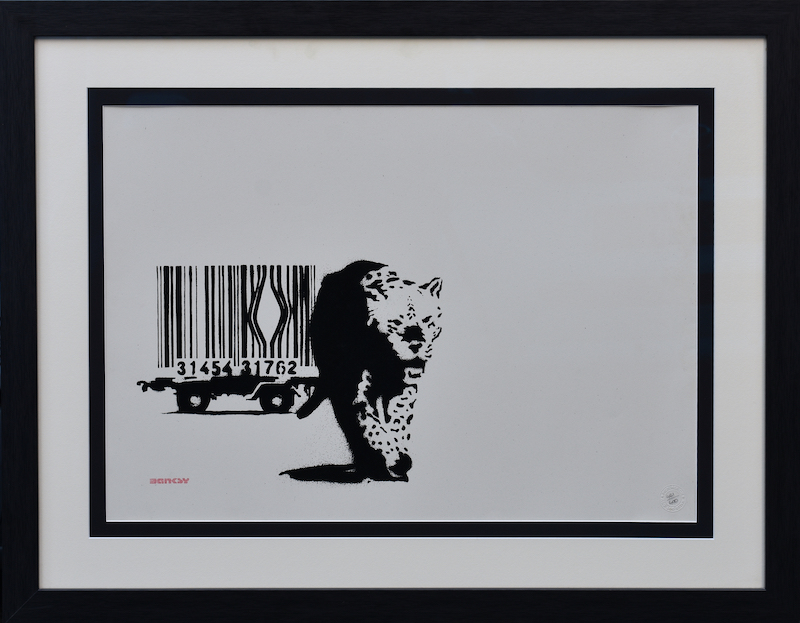 Pictured: The print itself.

"His prices have been on an upward trajectory for some time now," Mr Bridges said. "You used to be able to go into one or two different galleries in the UK and pick one up, but those days are long gone. This is one of his early prints as well, and it is seen as quite important in his career. It touches on themes of wildlife, showing the leopard breaking out of the commercialised cage, and is something he often refers back to."

The fine art auction starts on Wednesday, and the Banksy print will be up on Thursday morning as lot 700A, starting at 10:00.

Pictured top: James Bridges with the print, currently on display in the Martel Maides Auction House.