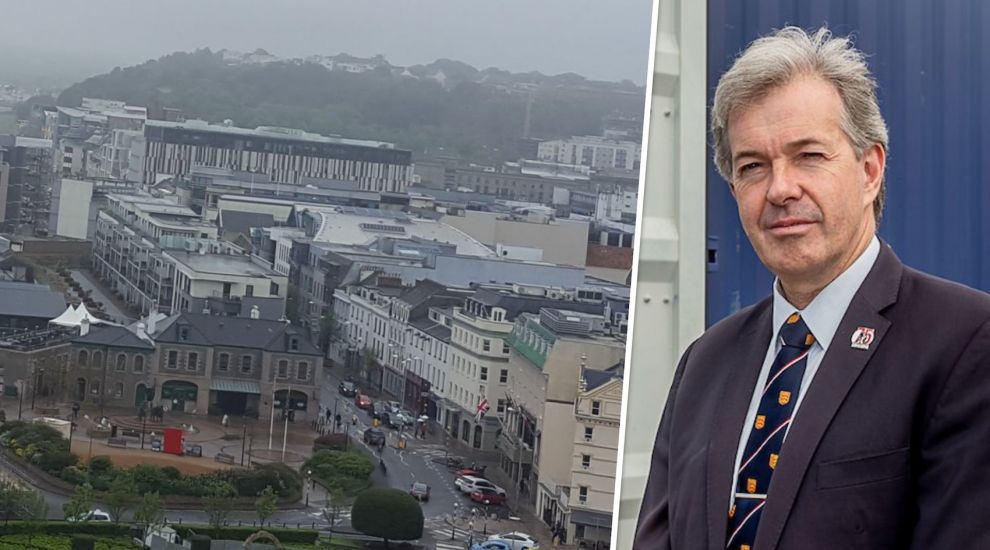 Jersey is heading towards a mini lockdown in December – potentially extending into Christmas – that will only be averted if islanders follow the new covid rules, the Chief Minister has warned.

Those include a 22:00 curfew on all premises serving alcohol, mask-wearing for students in Years 11, 12 and 13 and a new ‘Rule of 10’ for informal gatherings.

The Health Minister has also lodged a set of regulations, paving the way for compulsory mask-wearing in public places and a legal obligation on businesses to collect customers' contact tracing details. 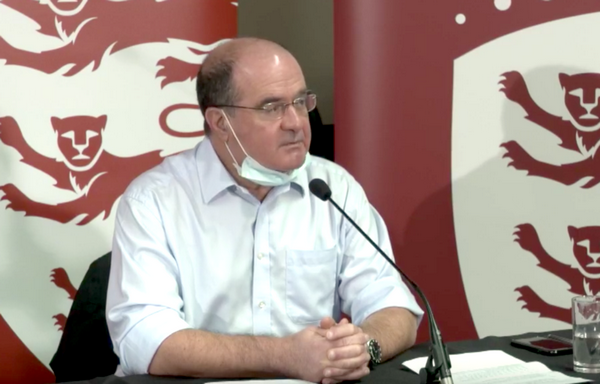 Speaking at a press conference this afternoon, the Chief Minister said the stricter measures were the result of “mixed” compliance with existing public health guidelines, which had led covid to circulate in the community.

“We’re really pleased to see more people wearing masks,” Senator Le Fondré said, “but many also seem to regard many other important safety measures such as restricting numbers at gatherings, as purely optional.

“Recent hospitality spot checks conducted by the States of Jersey Police and the Honorary Police did find evidence of this. Contact tracing also found that parties were the root cause of some of our recent cases, and this evidence was presented to the Competent Authority Ministers at a meeting last Wednesday.

“It clearly showed that without urgent and concerted action by all islanders now, we may be forced to implement short-term lockdown measures in early December. And these short-term measures could be longer term, possibly extending into the Christmas period, if this situation is not managed.” 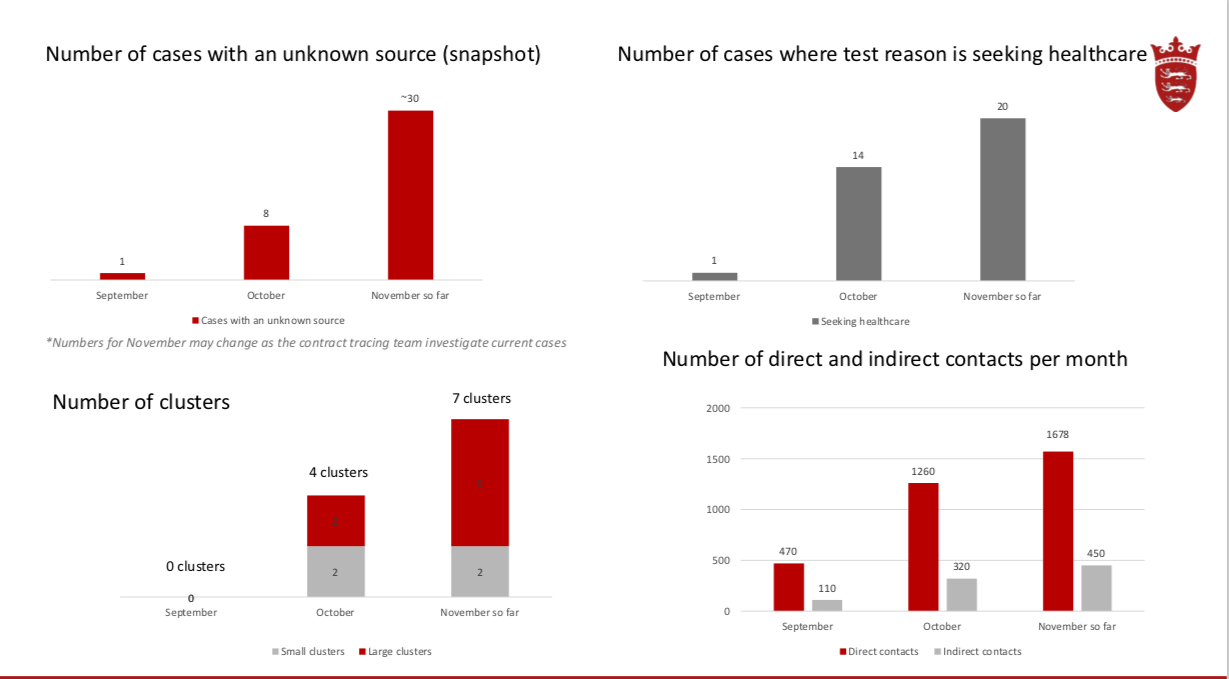 The conditions that would have to be met for a lockdown, which is currently being dubbed a "last resort", include uncontained transmission across the island, contact tracing becoming less effective at isolating the virus, and evidence suggesting that the capacity of intensive care could become compromised without action. These metrics are checked daily.

The direction to initiate a 'circuit-breaker'-style lockdown would also come directly from the medic leading Jersey's response to the pandemic, Dr Ivan Muscat, and a group of key advisers called the Scientific and Technical Advisory Cell.

The Chief Minister advised that, if a lockdown is to happen, it will be announced "in good time, and across all media channels, so islanders have time to prepare."

"Please do not pay attention to rumours of lockdown on social media, or circulated by WhatsApp groups. Instead, please follow Government channels and mainstream media announcements," Senator Le Fondré added.

His announcements yesterday were accompanied by a presentation from Dr Muscat, who explained that, despite a huge increase in testing, Jersey’s test positivity rate has risen from 0.4% to 1% over the last few weeks.

While this is less than neighbouring jurisdictions (the UK is 7.5%, and France around 20%), Dr Muscat emphasised: “…It is still a doubling of a positivity rate, and, of course, countries like the UK and Ireland did have a percentage positivity of about 1% at one point… but they have now ended up with a much higher positivity rate.

“We want to act now while our positivity rate is around 1% to avoid increasing our number of covid cases.” 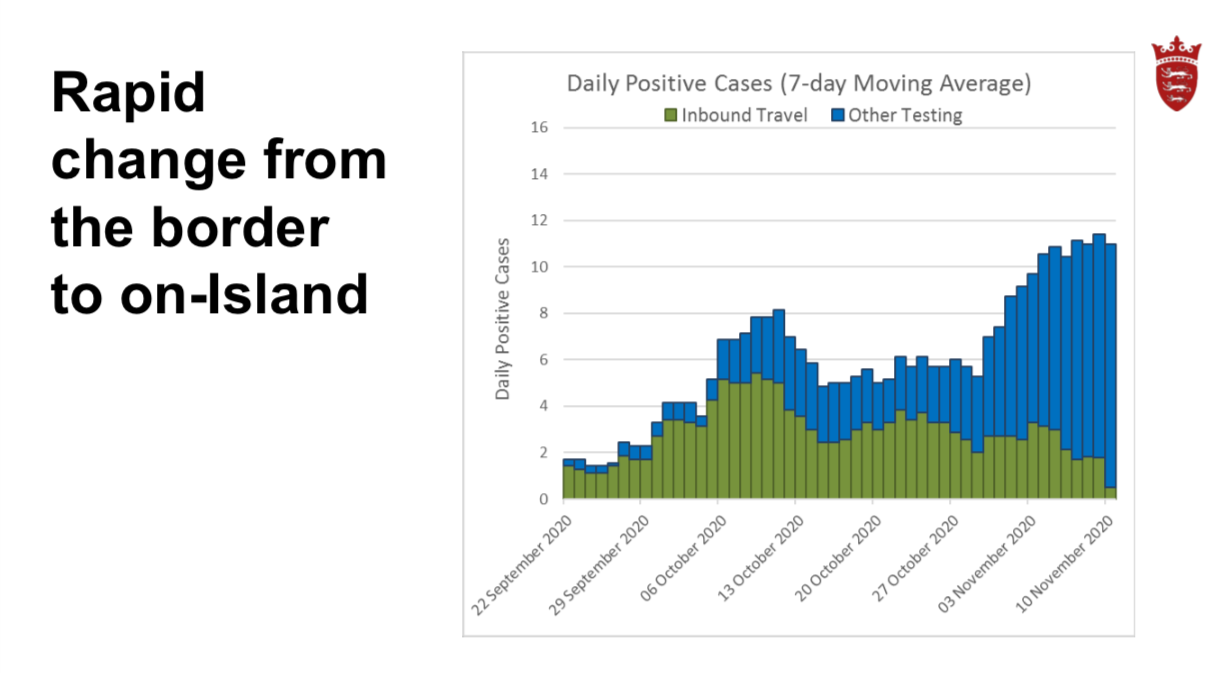 CLICK TO ENLARGE: The ratio of on-island cases versus incoming arrivals has changed drastically over the past few months.

He also pointed out the “complexion” of cases had changed, with a “significant” increase in on-island cases since September meaning they now make up the majority of all tested cases. 97% of active cases are Jersey residents.

The number of cases of unknown source was also found to have significantly risen over the past three months, with one case in September going up to five cases in October, and with around 30 recorded for this month so far.

The number of cases identified as a result of individuals seeking advice due to experiencing symptoms has equally shot up, from one in September to 20 this month so far. In addition, two small and five large 'clusters' of covid have now been identified. 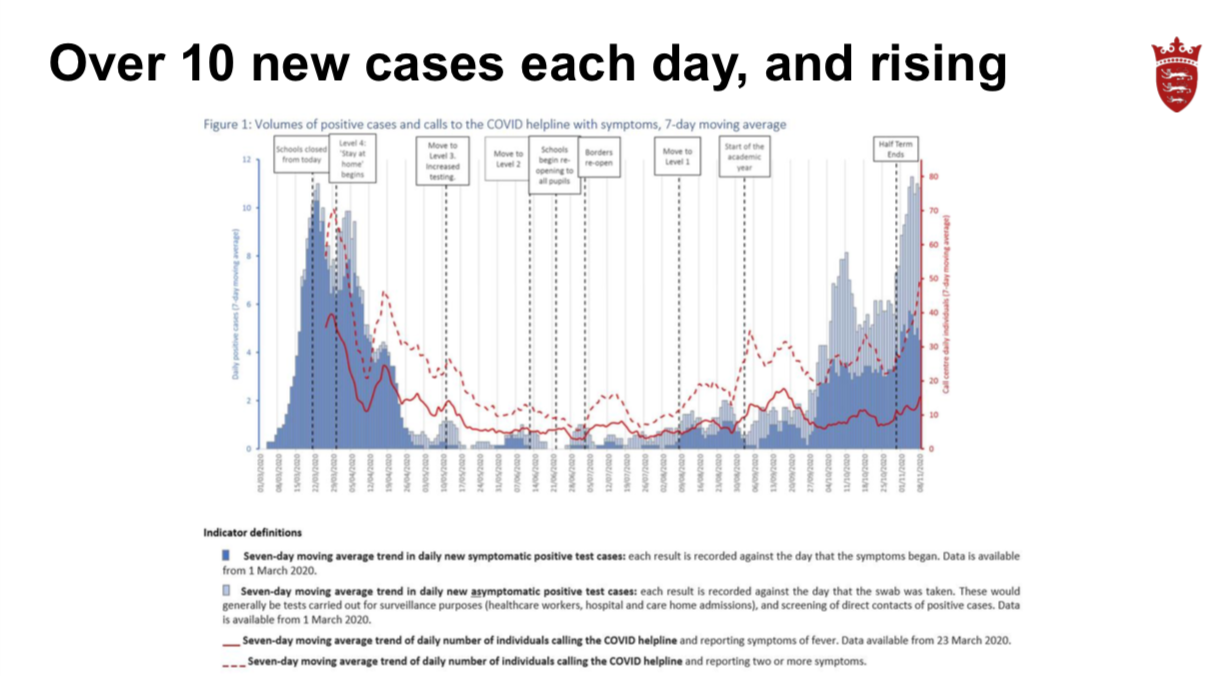 CLICK TO ENLARGE: A graph showing the trajectory of both symptomatic and asymptomatic cases.

Turning to the implications for the festive period, Dr Muscat said: “We would need to be very careful over Christmas because we would not want the liberty of a normal Christmas in a covid era to result in a sudden sharp rise in cases immediately after Christmas, with all the negative effect that would have on the health of individuals and the economy of Jersey.”

WATCH: The press conference about the new measures...