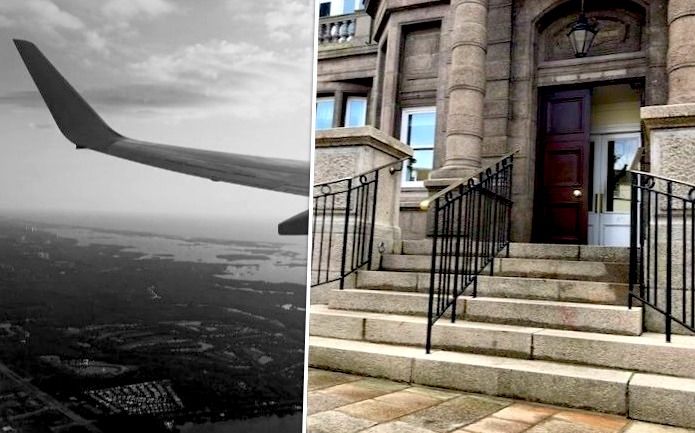 A Portuguese national convicted of sexually abusing a 13-year-old girl who called him “dad” will no longer be deported because doing so would breach his human rights, the Bailiff has ruled.

Sir William Bailhache made the landmark judgement, which involved overturning a decision by the Lieutenant Governor, last month following an application for judicial review by the sex offender.

The Madeira-born 27-year-old – anonymously labelled ‘J’ to protect the identity of his victim – was sentenced to six years’ imprisonment in 2015 after being found to have coerced the teenager into sexual acts with text message bribes of cash and cigarettes.

He became eligible for early release from HM Prison La Moye last year, leading the Lieutenant Governor to order his deportation to Madeira – despite having two young children of his own on the island – because he was considered at “high risk” of reoffending and that his “continued presence on the island was detrimental to Jersey.”

But the Court heard that J “regarded the island as his home”, having arrived aged four and thereafter living continuously with his close family.

His representative, Advocate Rebecca Morley-Kirk, also detailed how he could not speak Portuguese – though some reports suggested that he had been heard speaking the language to fellow nationals while in prison – and that his only connection to Madeira was a cousin alleged to have abused him.

“He had always supported himself in Jersey, was a father to two little girls whom he hoped to support in their upbringing,” the Bailiff, who sat with Jurats Nicolle and Pitman, was told.

But the decision was nonetheless reached by the Lieutenant Governor after considering a 2015 report from a Prison Forensic Psychologist who argued that he had a “callous and egocentric stance” towards his offending and had demonstrated “no remorse or victim empathy” – a document which J was not able to respond to.

He was unable to argue against the order, however, because there is no legal right of appeal against deportation decisions by the Lieutenant Governor or Home Affairs Minister, who now holds the responsibility, following a law change last year. The Court was instead forced to undertake a Human Rights review of the order, considering whether it violated J’s “right to respect for his private and family life” under Article 8 of the European Convention.

In doing so, they read a number of letters from J’s siblings, uncle and parents, who wrote that they “could not bear to see him leave.”

“We as a family we support our own.  We have always supported our son and we will continue supporting him when he gets out of prison no matter how old he is… He means everything to us and our family. Please, please give our son a second chance to prove to us and to everyone that he is a changed his ways. [sic] Everyone deserves a second chance," they pleaded.

The Bailiff commented that it was “not clear” that the family’s Article 8 rights had been considered in making the decision.

He also considered Jersey’s Immigration Rules, which excludes those from deportation who have lived on the island for at least 20 years. J had resided in Jersey 19 years prior to his arrest.

Sir William subsequently set aside the deportation order, arguing that sending him to a place where he would be without friends, family, or any cultural or linguistic understanding would leave him “in a very real sense, despite his nationality, …a stranger in a foreign country.”

“With that on one side of the scales, in our judgment it simply cannot be said on the other that the Lieutenant Governor was better placed to take the view that deportation would in this case make immigration control more effective,” he commented.

Stressing that his judgement did not “underplay the seriousness of the offences” committed, he added: “Although this applicant is a Portuguese national by birth, his personal history is such that his roots and being are in Jersey where he lived for 19 years prior to his arrest. He could without any question have applied successfully for British nationality before committing these offences, which supports the view that his offending is Jersey’s problem and not the problem of his country of nationality.”