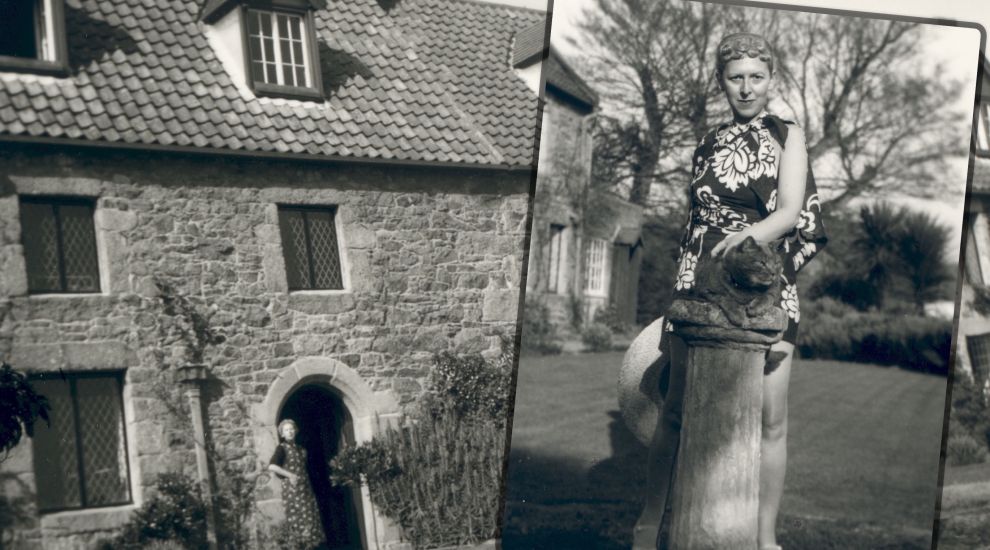 The spectacular St. Brelade's Bay home of a gender-bending artist who pushed messages of resistance during Jersey's Occupation alongside her lover - which was later owned by a financial advisor involved in the Jimmy Carr tax scandal - is up for sale for just under £10m.

La Rocquaise was the base of celebrated surrealist French photographer Claude Cahun (real name Lucie Renée Schwob), who is best known for her androgynous self-portraits, and her stepsister and partner, Marcel Moore (Suzanne Malherbe). 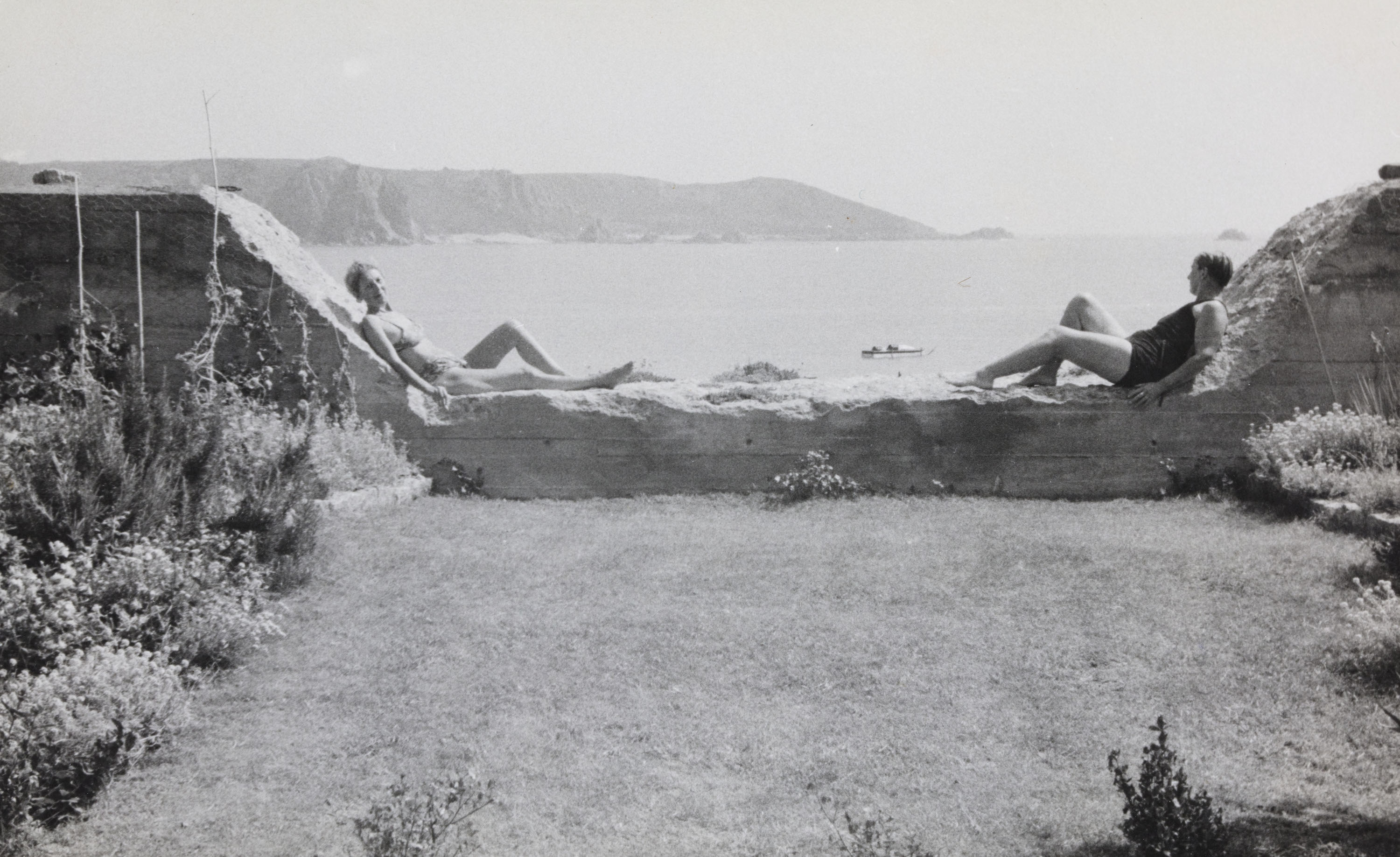 The pair moved to Jersey in the late 1930s and lived in the island through World War Two.

During the Occupation, they joined the resistance against German forces and writing anti-Nazi leaflets encouraging soldiers to questions their orders and to desert.

However, the acts of rebellion eventually led to imprisonment for the pair. 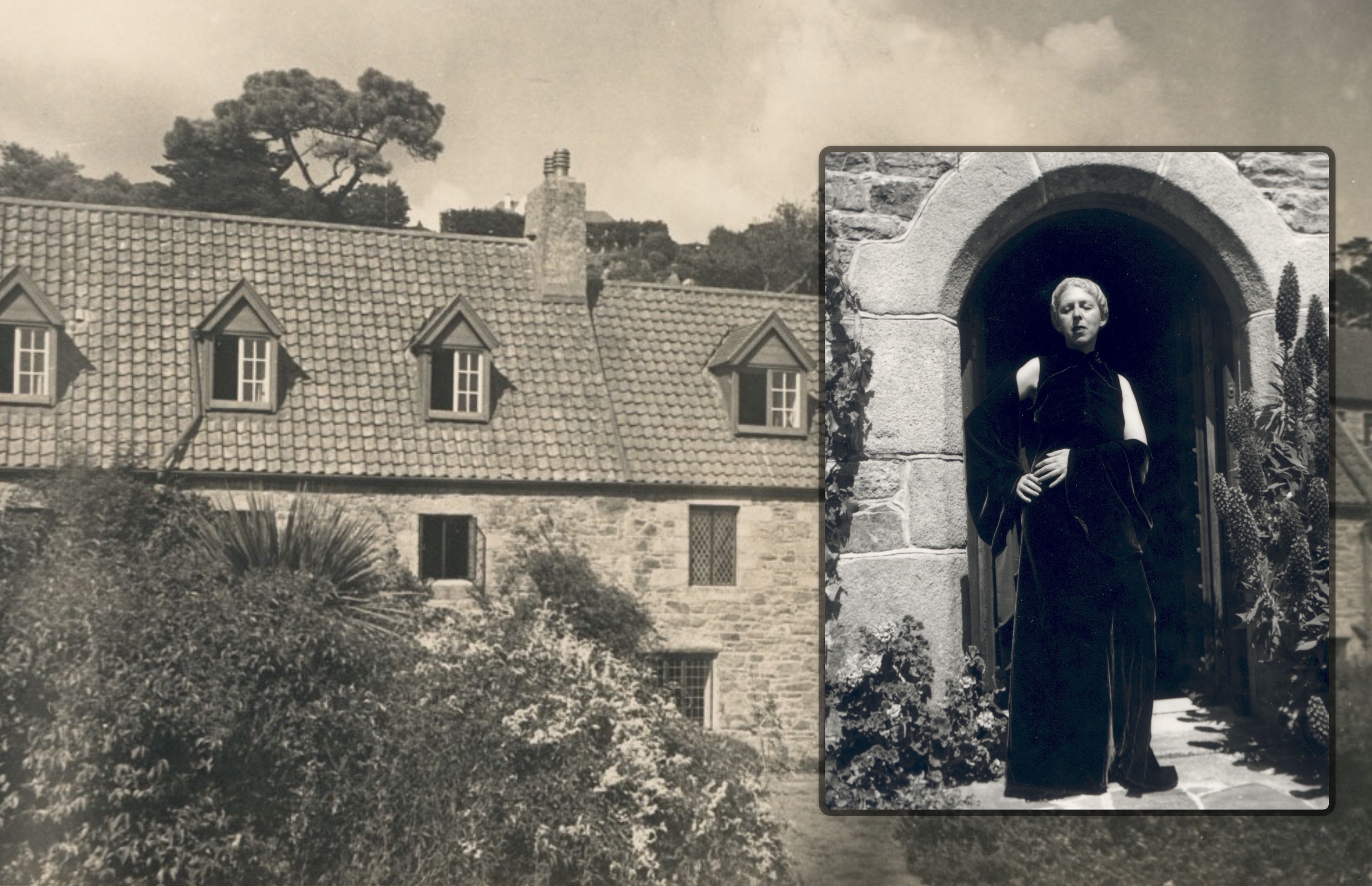 Threatened with a death sentence that was never carried out, their incarceration caused Cahun ill health until her death in 1954.

As appreciation of her work grew over time, Claude Cahun's Jersey Heritage-held catalogue has since toured more than 50 locations around the world.

A commemorative plaque has also been installed at La Rocquaise, which is now on the market for those wanting to invest in a slice of island history with an asking price of £9,950,000 - a slight drop from the original price of £12m.

The granite home on La Route de la Baie, which has six bedrooms, six bathrooms and four reception rooms, is believed to date as far back as the 16th century.

Set within picturesque gardens, it benefits from a breathtaking views from the pier sweeping across the full extent of St. Brelade's Bay.

The historic property is also a stone's throw from the St. Brelade Churchyard, where its internationally acclaimed former owners are buried. 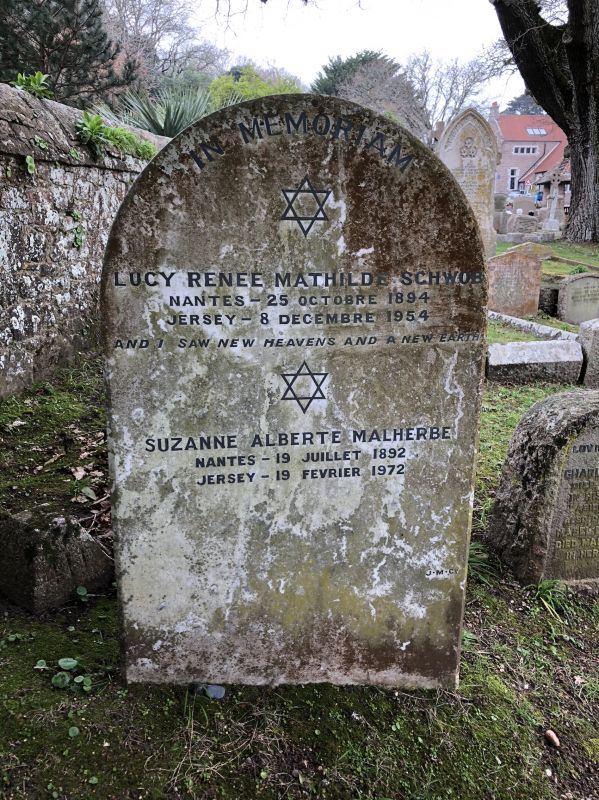 In a marketing brochure for La Rocquaise, high-end estate agents Wilsons Knight Frank touch upon its history and describe the offering as a "rare opportunity for a discerning purchaser to acquire [a] distinctive home, which occupies one of Jersey's finest and most exclusive locations."

According to the Public Registry, the property was purchased for £3.15m in 2011 by La Rocquaise Limited. In 2017, that company gifted the home, which was then estimated to be worth £4m, to John Anthony Mehigan. However, national media suggested that Mr Mehigan lived in the property earlier than this. 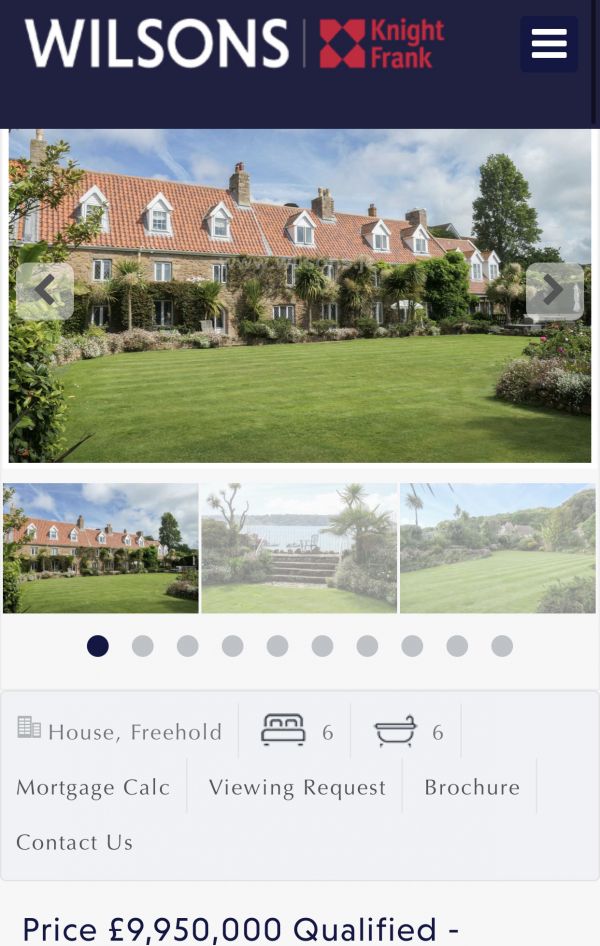 Pictured: La Rocquaise, which was estimated to be worth £4m in 2017, is now being marketed for sale for nearly £10m.

They were also behind the Cup Trust, a former charity which banked £176m in 'donations' but spent less than £200,000 on charitable causes. In 2017, Mr Mehigan was fined £70,000 by the Financial Reporting Council and banned from the Institute of Chartered Accountants for 10 years for his involvement.

That year, the Cup Trust was removed from the charities register and in January 2019 the UK Government completed an inquiry into its structure and activities.

The Aliens Registration cards of Claude Cahun and Marcel Moore, which show their frequent stays at St. Brelade's Bay Hotel, and later at La Rocquaise...

(Photographs from the Claude Cahun Collection and the Aliens Registration Cards have kindly been provided by Jersey Archive, and you can explore their online catalogue in greater depth HERE.) 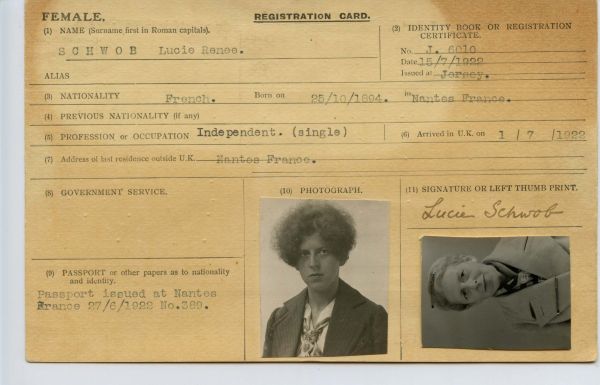 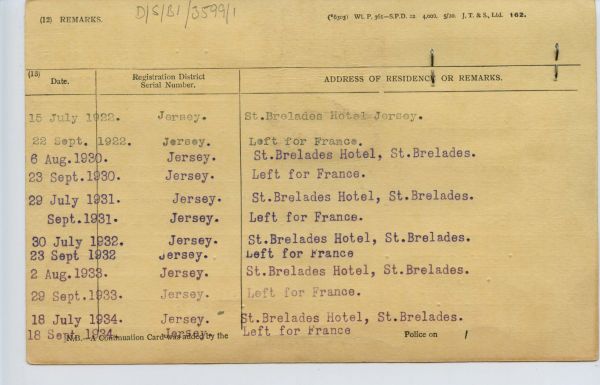 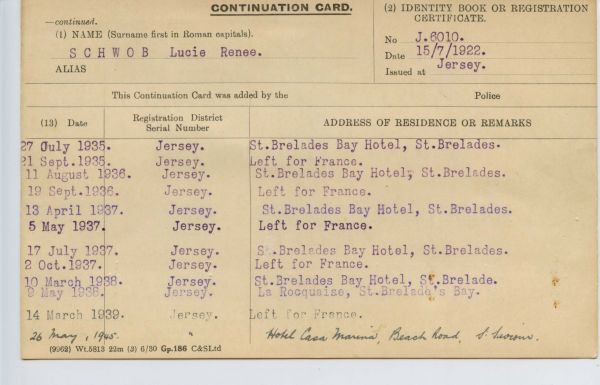 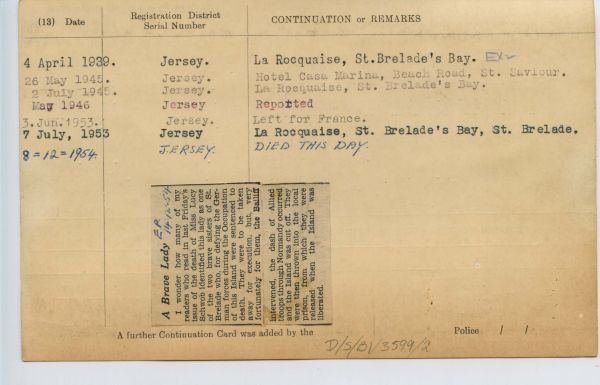 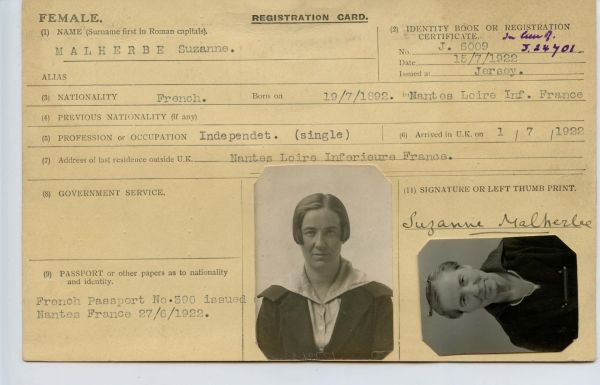 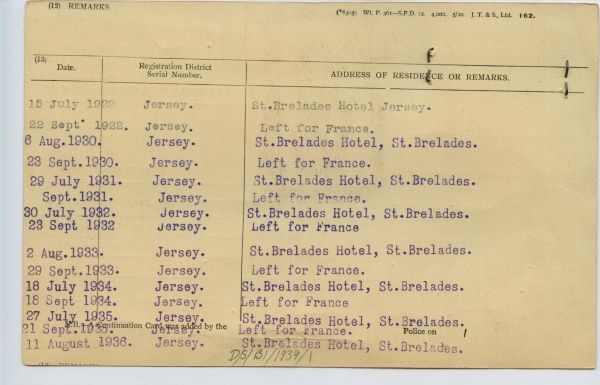 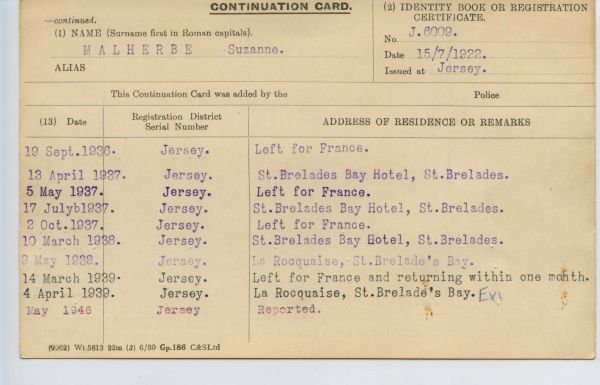 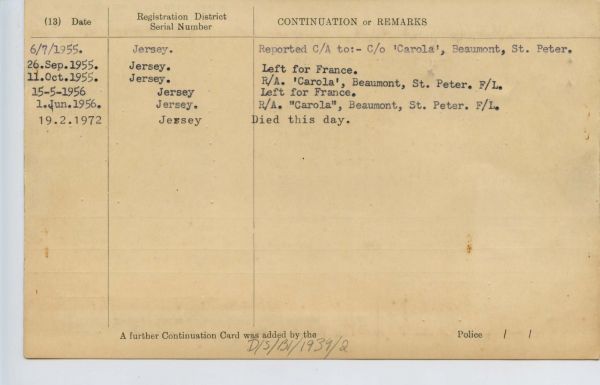 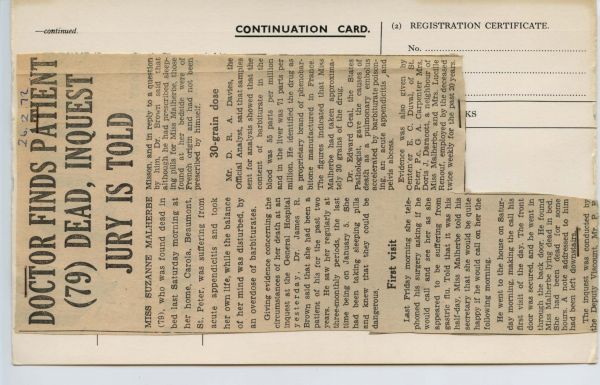