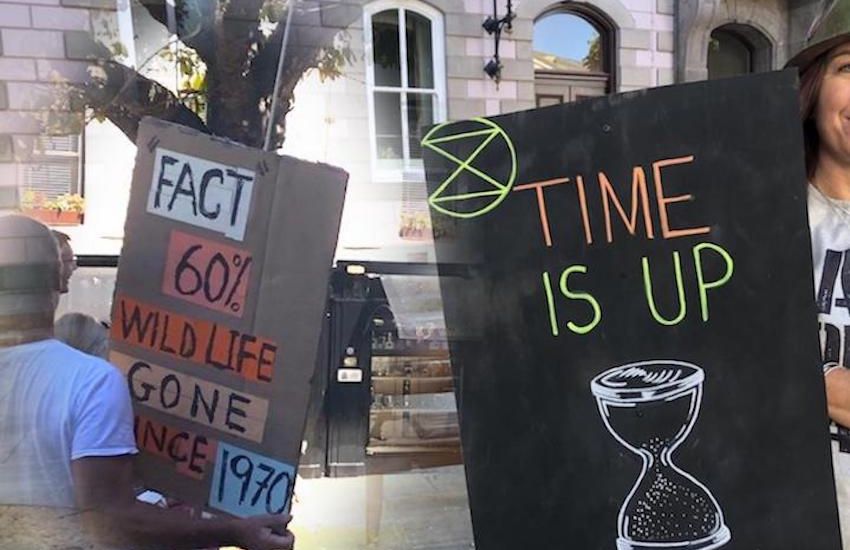 Many young people in Jersey are so worried about climate change that it could be affecting their mental health.

A recent study has found that 78% of people aged 15-21 in Jersey are highly anxious about climate change.

This ‘eco-anxiety’ is having an impact on mental wellbeing but could be alleviated by the Government prioritising the environment over the economy.

The thoughts of islanders have been recorded in a report called 'Young people and the climate emergency: how 15-21-year-olds view Jersey’s carbon neutrality objectives', written for the Government by Durham University graduate Abigail Syvret while she was an intern for environmental charity EarthWatch.

Through surveys and focus groups, Miss Syvret found that while 88% of the 659 people who took part supported the States’ aim for the island to be carbon-neutral by 2030, many doubt it will be achieved, with some looking to the long-running hospital saga as evidence that the target won’t be met.

One respondent said: “Just look at the hospital or the new Les Quennevais school. Both projects took way too long to be built and implemented by the States. If it takes that long to act there wouldn’t even be any point. This is an emergency - you should be panicking to fulfil this goal”. 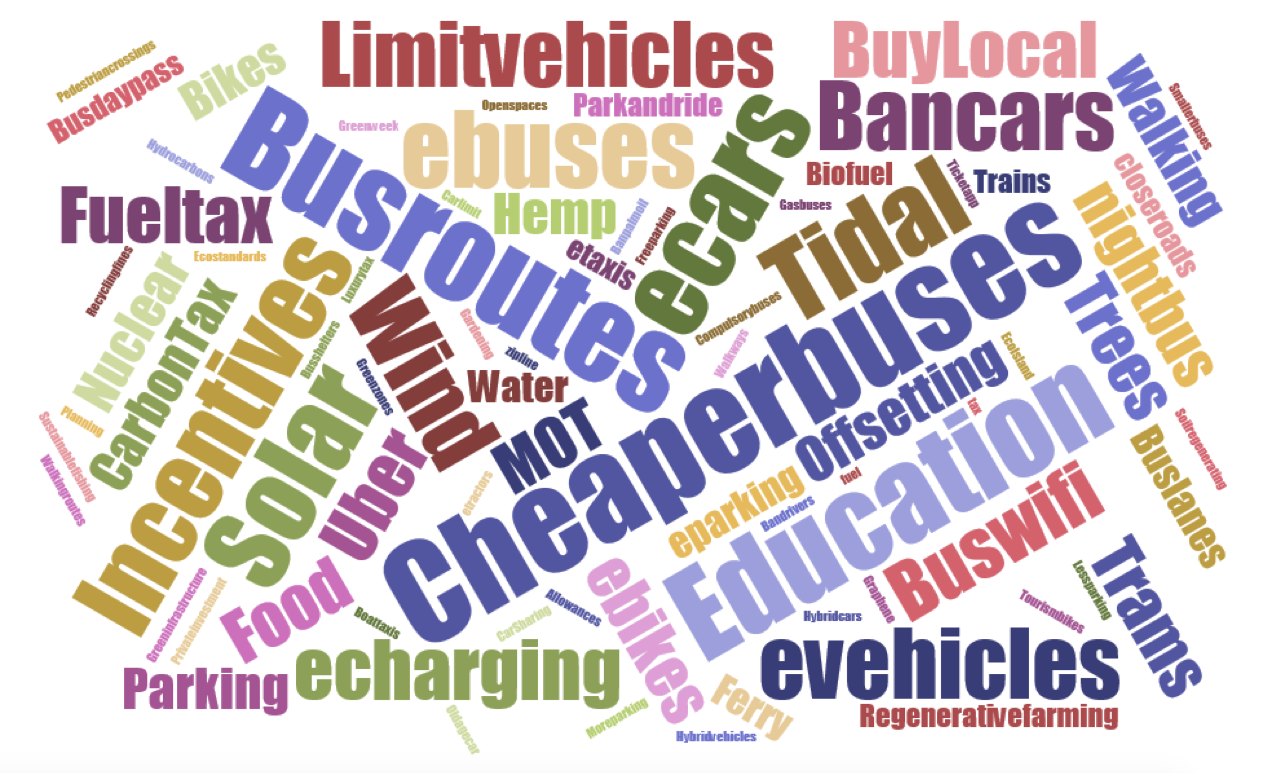 Pictured: A word cloud of schemes suggested by young people in the survey for the Government's carbon neutral plan.

The report also found that 94% supported the introduction of tidal and solar power in Jersey, 75% said that we should be growing more diverse crops on-island and 58% agreed that the island’s environment was more important than the economy.

It also found that young people in Jersey want cheaper and more frequent buses with more bus routes introduced, kerbside recycling in every parish, recycling enforced in all schools and businesses, and there should be more emphasis on climate change in education, including a focus on the actions islanders can take to reduce their carbon footprint.

They also called for a tax to be levied on businesses, specifically for environmental initiatives.

Pictured top: A climate change protest in the Royal Square.

Posted by Keith Marsh on Aug 11th, 2020
Young people, of all ages, always want, want, want ~ and to be honest their dreams are wonderful, and it would be perfect if such a world could be found. The problem is for their wants to be satisfied ~ there is an economic cost. Just stating that you place a further tax on business does not cut-it. I feel certain that ALL of the people polled do not own/drive non-electric cars , that they never leave the Island be ferry or air, perhaps they should first focus on how they can reduce their carbon footprint.
To place a comment please login Login »