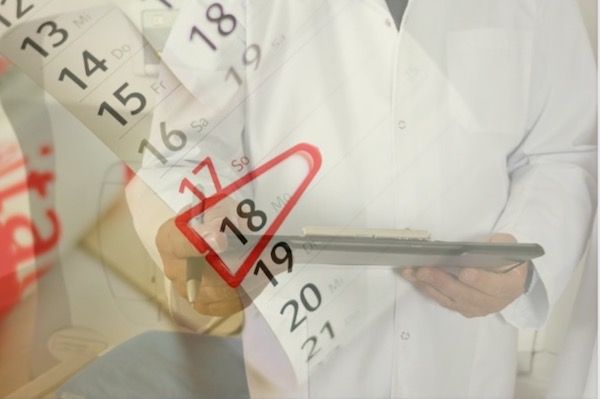 Health staff are having to overbook clinics to compensate for islanders failing to attend appointments due to an “ongoing issue” that saw 16,616 appointments missed last year.

A spokesperson for the department expressed their regret at the situation which they described as “not unique to Jersey.”

The absences – revealed by an Express Freedom of Information (FOI) request – accounted for around 8% of the more than 180,000 appointments at the Hospital each year.

Infectious diseases saw the most missed slots, with one in four patients deciding not to come to their appointments. A spokesperson explained that this was “not uncommon in this speciality”, adding that it may be to do with the “often transient nature of the patient group and partly to do with the nature of the conditions.” Nonetheless, they assured that the team “works very hard to be as flexible as possible with appointments and to be as discreet and encouraging as possible.

Other areas of concern identified included Dietetics (18% of appointments missed) and Diabetes (12%).

Pictured: Diabetes had one of the highest absence rates, alongside Diatetics, Community Dental, and Infectious diseases.

“There are reasonably large numbers of individuals in Jersey living with diabetes; some will opt to see their GP on a regular basis and may therefore not feel a specialist appointment is required, others may not attend because they feel well or feel that they are managing their diabetes satisfactorily,” a spokesperson said.

On the subject of Dietetics, they added: “There are some similarities with diabetes, in that some people may feel they are able to manage without the specialist advice, or, depending upon the reason for the visit, they may be reluctant to address underlying issues.”

The Gastroenterology, Physiotherapy, Pain management and Orthoptics clinics also saw as much as 12% of people not attend their scheduled appointments. Community dental care was also in this bracket – their DNA rates hit a four-year high among under 18s in 2016 with more than 2,000 appointments missed, as revealed by a separate FOI request made by Express in December.

Pictured: Community Dental Care was identified as a problem area by the Health Department, who vowed to work to bring DNAs down.

Best attended was clinical oncology – just nine appointments were missed in 2017 out of 1,271. Medical oncology, Nephrology, Obstetrics and Colorectal surgery all had DNA rates of less than 2%.

The Department said that there were measures in place to help bring down the number of absences, including reminders to patients in advance of their appointments and overbooking clinics in case some patients don’t show up. Nonetheless, they acknowledged that the latter solution was not ideal, stating that it “may occasionally cause delay if all patients attend.”

“We would always encourage patients to see their clinical teams when advised, but if they cannot attend then we would urge them to let the department know so that someone else may benefit from the appointment slot.”

Posted by Richard Yates on Jan 18th, 2018
It is quite disgusting and very bad behaviour - My wife went into the hospital for a an operation requiring her not to eat in the morning of the op - Three people had eaten so turned away and five people did not turn up. There should be a fine system for where stupidity and disgusting behaviour.
Posted by Annie Markland on Jan 18th, 2018
Make people pay a £50 fee for missing any appointment without giving 24 hours notice, unless in cases of emergency. Simple. That will stop it.
Posted by PennyCornick48 on Jan 19th, 2018
Absolutely agree people should be fined for not attending unless extenuating circumstances can be proved . A reminder is sent by the hospital so there should be no excuse .
To place a comment please login Login »