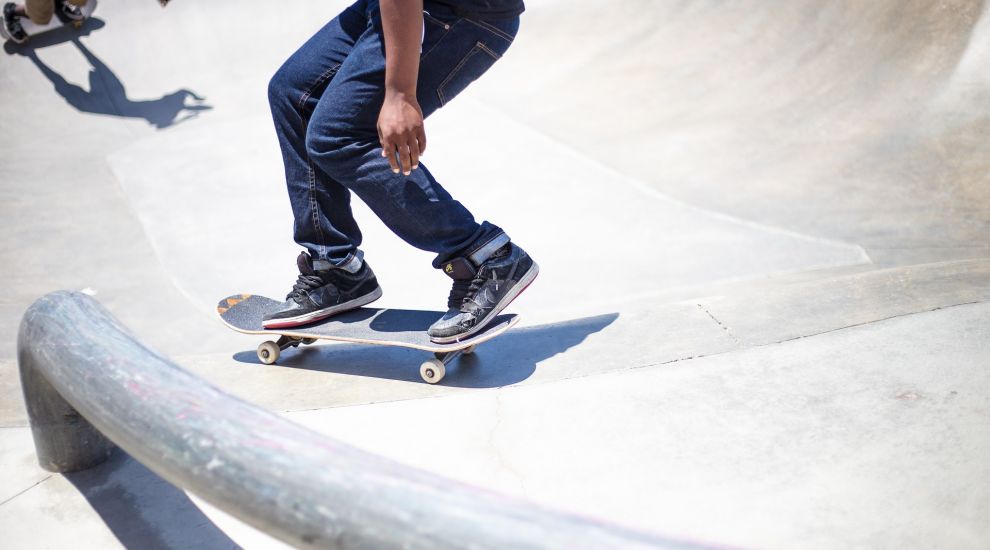 When is a skatepark not just a skatepark? According to one local skateboarder, it’s always been more than that: a gateway for the younger generations, and even a place for street art and breakdancing.

But the ability to enjoy such activities was impaired with the closure of the New North Quay park earlier this year. It was one of very few remaining facilities for skate sports enjoyed by dozens of young people, while, in comparison, the island still has 17 pétanque grounds.

Express columnist Daco Fernandes, who is also a member of the Jersey Skateparks Association,  talks about why politicians ought to listen up – after all, younger users could be future voters…

“After years of barely anyone listening to the skateboard community within the island, they along with other skatepark users, finally have official representation.

The new Jersey Skateparks Association (JSA) has been formed to help facilitate an island strategy for all skatepark users, whether skateboarders, BMX, inline/wuad skates or scooter users. They everyone to be included when using any future skatepark – it could be a place for families, as well as breakdancing and even live street art shows.

Video: The empty New North Quay skate park after it was closed down.

The association also aims to dispel myths of misled youth and bring these niche sports to mainstream attention and encourage the recognition they rightly deserve. Many skateboarders, for example, are continuously harassed by people due to the simple reason of not having anywhere to go.

I can hear the ‘Boules’ dropping as I type this, but we need to remember that there are 17 grounds for the sport of pétanque to be played in Jersey, whereas there are four skate facilities to be used.

Of those, one is only a half-pipe (St. Ouen), one is the size of a tennis court (St. John), the next one seems to have been put together by a hamster and is shut because some screws are missing (Millennium Park). and the ‘main park’ is closed due to some people who’ve never even used the skatepark (North Quay). That only leaves us with the park at St. John’s Recreation Centre, which isn’t suited to more advanced park users.

Users range in age from anywhere between birth and death, so to not allow them to have a proper facility is a severe social injustice.

Skateboarding has just been granted Olympic status by the International Olympic Committee and will be featured in 2020 Tokyo games. No matter your view on it, this sport is just that: sport. It won’t be ignored anymore.

Islander Glen Fox has just become Jersey’s first Professional Skateboarder. This is no mean feat – just ask any of the local skaters from the previous 40 years. It takes time, commitment, patience and a level of tenacity found in no other discipline.

Then we have Jersey’s very own Alex Coleborn who has been on the professional Freestyle BMX circuit for some time. With this discipline also having its debut in the upcoming Tokyo Olympics, it’s clear that these ‘kids riding around with nothing better to do’ are very far from that.

It’s telling that both of these athletes have had to leave the island to pursue their dream. We could have kept them here to inspire others if only we had an appropriate place for them to go. Fortunately, they do inspire others but those ‘others’ still need somewhere to go. The JSA is here to help make that happen.

The time is now to support the younger generations and as they will be future voters, it might be a good idea to show them that the power of the public - when it unites, is boundless.”

Posted by john garner on Mar 20th, 2018
How much does a pétanque pitch cost and how much space does it take up compared to a skate boarding facility. For the avoidance of doubt I do not participate in either .
Posted by Philip Minty on Mar 21st, 2018
I can’t think of any other sport facility which satisfies the wide range of sports, ages, skill levels etc as accommodated in a well designed skatepark. Most other sport facilities are generally specialised for one team sport only. A skatepark is certainly specialised - but for a whole team of different sports, catering for - and inspiring - creative, individual enthusiasts.
Posted by John Smith on Apr 9th, 2018
I have not heard of a small band of pétanque players spoiling it for everyone else. Whereas I have heard of a small band of skateboarders spoiling it for everyone else....
To place a comment please login Login »