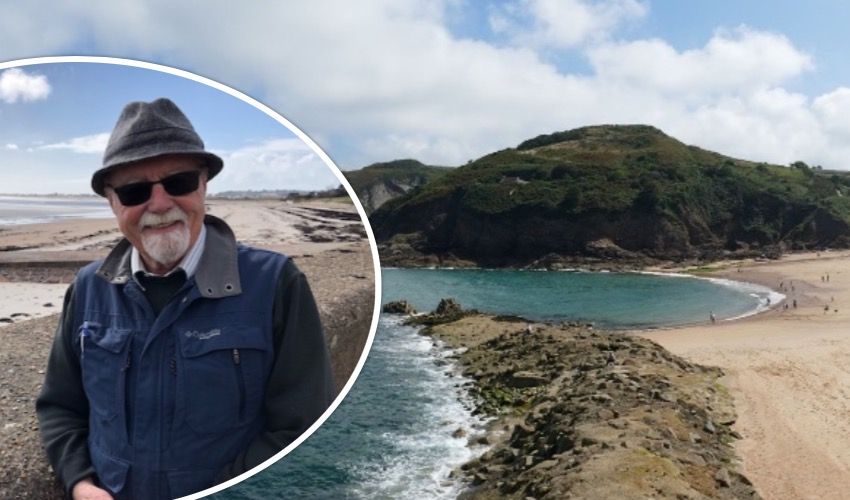 Recent weeks have seen excited chat of coastal theme parks and even a bridge to France... But have these ideas really been thought through?

As pressure to develop on the scenic coastline of Jersey mounts, passionate environmentalist Mike Stentiford wants to ensure that this natural beauty isn't lost.

"In three years time, every politician will be required to publicly expose his or her environmental credentials when a revised Island Plan comes into play. With a desperate need of sites for new housing closely aligned to a rapidly rising population plus recent radical proposals to transform Jersey’s eastern coastline, it’s anyone’s guess as to whether the current rigid protection officially afforded the Island’s natural environment will be strengthened, diluted or even kicked into the long grass.

There’s certainly nothing wrong or new about change and despite a consistent surfeit of political hesitancy, it’s something Jersey has long been forced to deal with. In many cases, the changes have been for the good of the Island and, on the whole, to the benefit of everyone living here.

Changes, however, are not everyone’s cup of Earl Grey; the reinvention of the Waterfront being a fair point in question. But, in today’s pressurised working environment, one can understand that a constantly accelerating global market demands that the Island slips into its sporty trainers, maintains a steady gallop and keeps abreast of the competition as best it can.

This, in the 21st century, can best be highlighted by the finance industry and by hospitality and tourism. The latter is undoubtedly the most conspicuous for us to comprehend as the results of all those wiley ways intent on attracting more visitors each year tend to have the most visible impact.

Yet, no matter how many visionary proposals induce a rapid adrenalin rush, there are certain routes that demand a meaningful reality check. Placing this into clear perspective are two bold proposals aimed at putting Jersey on the well-worn and, by now, over-clichéd map.

The first of these radical initiatives is to build a bridge to the Normandy coast although the troubled waters such a complex proposal is likely to encounter have, I suspect, already been envisaged. According to an artist’s impression, one of the great stanchions sits a spit away from Les Ecrehous, one of Jersey’s offshore reefs rightly regarded as one of our premier natural gems.

Due to its major environmental credentials as a marine reserve and wildlife sanctuary, Les Ecrehous currently receives full protective endorsement as part of the Jersey National Park and as a Ramsar site. With such status under the present Island Plan, one might assume that ‘a presumption against inappropriate development’ has already been taken into serious consideration?

While few would argue at the agreeable opportunities for us to drive across to France, one must surely recognise that the same opportunities are likely to prove equally as attractive to our Continental neighbours.

With Jersey’s forty-eight square mile land mass, its modest network of narrow roads and green lanes plus around 125,000 registered vehicles of our own, counting the cost of excess traffic and requirements for much improved and costly infrastructure has, one assumes, been taken into full account?

A second eureka moment is the proposal for a top level water sports facility, marina berth and hotel in the historic bay of St Catherine. Why this generally tranquil part of the east coast National Park has suddenly become a prime target for two such major makeovers is unclear. Perhaps it’s a simple a case of putting something somewhere where nothing much happens to be there in the first place!

Certainly while many will applaud such visionary initiatives, others will rightly question the apparent blatant disregard for the damaging impact both initiatives will obviously have on the natural environment.

Pictured: St. Catherine, where a coastal waterpark has been proposed.

What we can be sure of is that the true depth of any political intent towards the protection of our landscape and coastline will be facing the ultimate test in three years time.

Prior to this, every States member should be reminded that the Jersey National Park entered into the Island Plan 2011 for no other reason than ensuring full protection to our vulnerable coastline.

With this firmly in mind, continued collective support for the Island’s undoubted ‘natural capital’ can, should and must be assured when the next Island Plan is evaluated in 2021. It would be a tragedy and a travesty should this fail to be the case!"

Posted by Denise Shrives on Mar 9th, 2019
A bridge to far - maybe. My fear is that we would have no way to control foxes with Rabies coming over and also it would be a magnet for illegal immigrants surely.
Posted by William Boyd on Mar 9th, 2019
Of all the half witted, imbecilic and nonsensical ideas floated is a bridge to France. This may go down well with those Francophiles who go there on holiday but I have news for them and the bridge's proponents, not everyone likes France or goes there. As for untold thousands of continentals queuing up to come here, I have news for the bridge supporters too - they ain't. Certainly not in the numbers to warrant the cost. Ah, the cost. The Chinese just opened a 34 mile sea bridge. The cost? £15 BILLION, so even using the cheaper labour Chinese costs ours would cost £7.5 BILLION for a 17 mile structure. That is at past prices and, Chinese prices, everybody knows once we get involved in a project, constructors and suppliers lick their lips and hike costs. Who is going to pay that? The French? No, despite all the hoo hah from those who think the French state is wonderful, it is actually skint. Just wait until they have to put their hands in their pockets to make up their part of the shortfall of the UKs £18 BILLION soon to be halted into the EU money pit. Are we, the tax payers going to pay for it? No. The private sector? No - they would run a million miles when they see the figures (I mean the serious private sector, not proponents who run a corner shop size local business - nothing wrong with corner shop size local businesses it is just such gigantic projects require serious firms to do it and think it through. Skye built a short bridge from Kyle of Lochalsh to connect with the Scottish mainland. Now many residents wish it hadn't been built, it has ruined the Island. Be very careful what you wish for.
To place a comment please login Login »