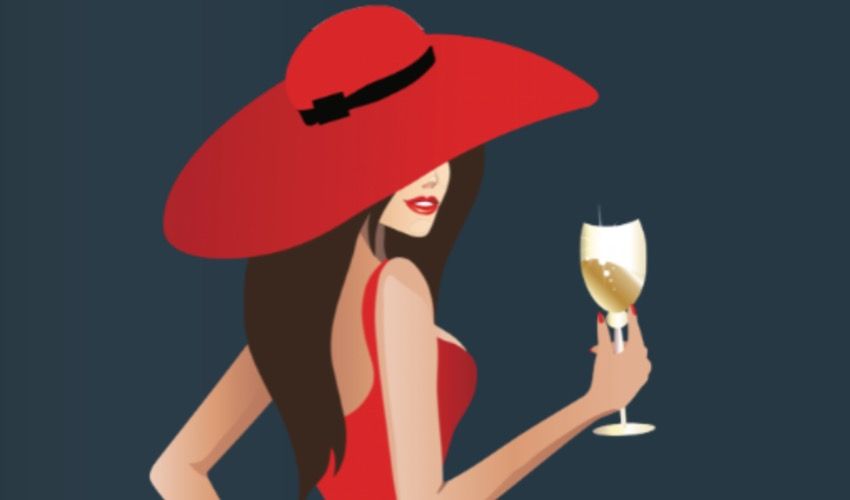 One of these days Fenella Bond will write from somewhere other than her hovel of shame; but today is not that day, as her latest column for Connect magazine proves.

"It all started when my invite for a swish new charity gala came through.

You know, let’s gallivant, drink champagne and gossip about people across the room from us, all in aid of those who can’t afford it, wouldn’t partake even if they could and probably want nothing to do with a room full of cavorting poshos with more money than sense.

For all of these reasons – amongst others – I firmly decided that I would quietly make my donation (without even posting about it on social media) and boycott the ball for political reasons... 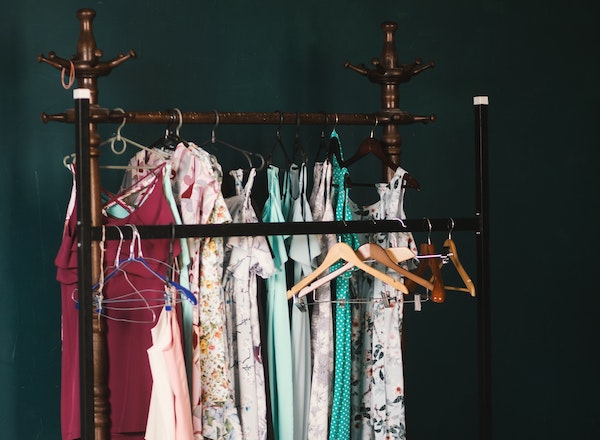 Pictured: Fenella was not going to the ball until she found 'this' dress.

...but then I found this dress and one thing led to another and to cut a long, rather embarrassing and flagrant disregard for my very newly-found values, I gratefully accepted the invitation.

I hadn’t abandoned my moral compass entirely, though, as I decided (rather bravely) to go to the gala stag. Is that the right term even for a lady stag? Having said that, going ‘doe’ doesn’t really have the same ‘big dick’ energy I was going for.

Regardless of the semantics, I had made up my mind and I was wearing a killer dress paired with heels which were definitely out for blood (mainly mine – specifically in the foot area) and I made a promise to myself that I would not: 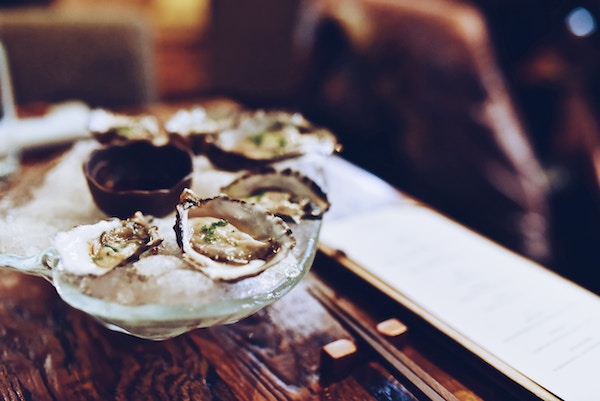 Pictured: Note to self: do no splutter oysters all over the host's shoes.

I was going to be good. I was going to be the epitome of charm. I was definitely not going to try and impress people I don’t know by nonchalantly picking up an oyster and proceeding to chow down on it, because I’m an uncultured swine who has never had the pleasure of slipping this salubrious slop down my throat, and then spluttering it out all over the host’s shoes.

I mean that was just an example that I plucked from thin air, nothing like that has ever happened to me, or anyone affiliated with me. I swear.

Anywhom, back to the social faux pas at hand. I was looking FLAWLESS and, given how the rest of the evening went, it’s safe to say I peaked way too early. Arriving stag was a bad idea. 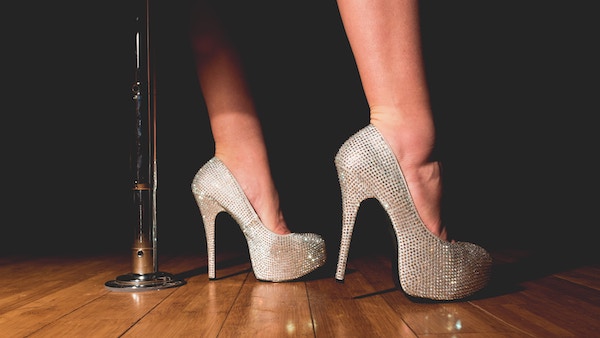 Pictured: "My footsteps seemed to fill the room."

Every single other person was very much ‘unstagged.’ Consciously coupled. Arm-in-arm, and very much armed with arm candy. You get my drift.

As if in sync, each couple raised their four eyes to meet my two, watching as I slunk in looking great, but feeling dreadful. My footsteps seemed to fill the room, drowned out only by the incessant drum of my heart pounding.

Slowly, slowly the indistinct waffle of a ballroom full of ‘1(1)k’s’ and their companions for the evening rose once more and I was off the hook. Why oh why do I do this to myself? Why can’t I just do things properly for once and bring a stupid date to this stupid gala. 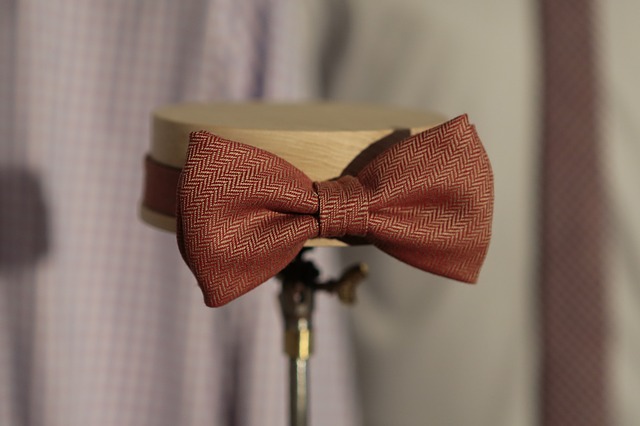 Pictured: "Even the woman wearing a bow tie wouldn’t stoop to my level."

Just when I thought that not even the dress was worth this embarrassment, I caught eyes with my boss biatch friend Franka from across the room. She was looking glam in a sharp tuxedo, but even she – the fiercely feminist CEO that nobody messes with – had brought a plus one.

Her date was a rather sheepish-looking man who she would most definitely eat alive, and look around for the next course whilst mopping her mouth on his dowdy looking cummerbund.

He murmured something indistinct about going to get a drink and I gave her a look which silently said: “Really? You brought that flannel?”

And she shot me a glare (if looks could kill) and fired back: “Don’t look at me like that, Fenella Bond. Even I’m not stupid enough to turn up to an event like this without a date.” 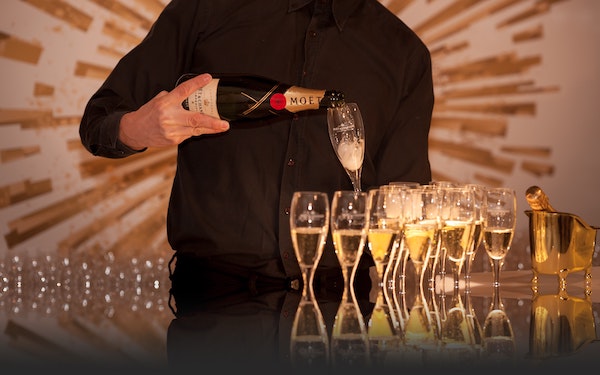 Pictured: "The Bartender from the other night was serving me drinks."

Well, there we have it. Even the woman wearing a bow tie wouldn’t stoop to my level. I definitely needed a drink and luckily I could see a tray of champagne flutes heading in my direction. I went to grab one (or six) and...

First I saw the beard, then those gorgeous green eyes (have a little mercy) and that smile. The Bartender from the other night was serving me drinks – if past experience is anything to go by, this only meant bad news.

Why do terrible things happen to good people?! Quoth she fretting about boy problems at a benefit for lupus. 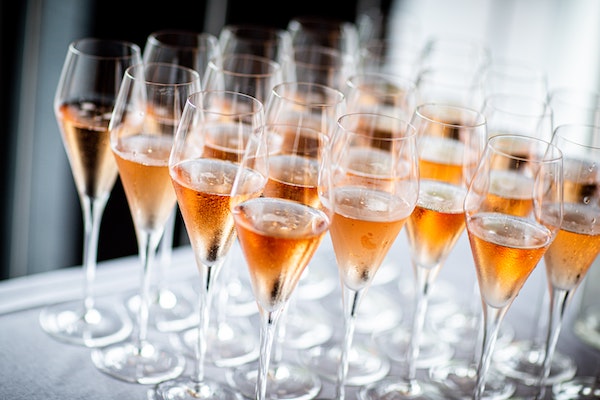 Pictured: "I could have grabbed the fizz I most desperately needed and turned away..."

I could have smiled and said something charming like: “I’m not complaining.” Or I could have laughed riotously at his witticism and touched his arm gently to slyly feel his bicep under his uniform.

I could have blatantly pretended I had no idea who he was, grabbed the fizz I most desperately needed and turned away to mingle with people in the room who I haven’t drunkenly slept with.

There was clearly a myriad of options available to me at this juncture, all of which would have been dignified, mysterious, 100% not embarrassing. But all of those things are, of course, totally incongruous with my entire personality and all of my life choices up to this point. 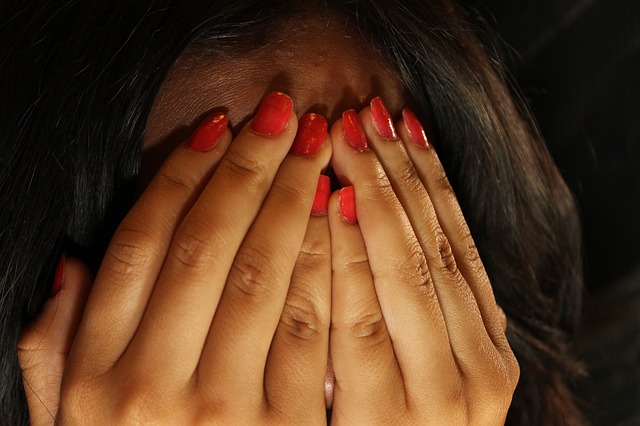 Pictured: "I’ve said it before and I’ll say it again – what on earth is wrong with me?"

So, instead I shouted “I’m on a date!” in his face, before gesturing wildly behind me to select the poor soul I would randomly choose to be my fake date for the evening.

In the process, I knocked every single crystal glass on his tray to the floor, spilling champagne everywhere which, in my haste and utter panic, I slipped on, hit my head and as I’ve been told, went out cold for at least 90 seconds.

It’s official - my love life is such a minefield I needed to physically knock myself out to cope with it.

I’ve said it before and I’ll say it again – what on earth is wrong with me?

Mortified, morose and... a little dizzy,

Read more from Fenella Bond in each month's Connect magazine. Click for the latest edition.