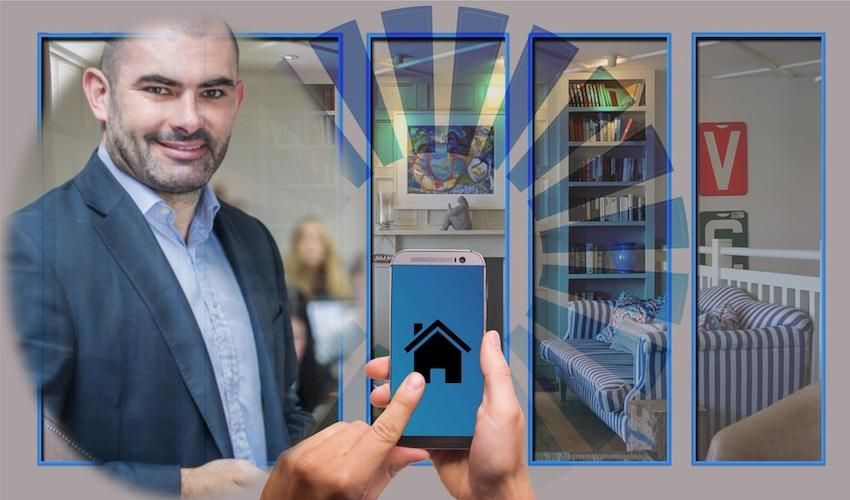 The arrival of the new year can only mean ushering in even more tech to our homes, workplaces and social lives... But what's on the horizon for technological advancement in 2019?

Teacher and advocate of the ‘smart’ home, Rory Steel, is predicting that the way we interact with tech is set for a big change.

And according to the tech-savvy Express columnist, the biggest trend could be moving away from gadgets and gizmos, and towards bigger-picture, wireless solutions…

“It’s not so much about products anymore, all the phones and devices seem far too similar now. For me, it’s about the virtual - there is a change in the air that will affect us all in the coming years - that change is 'the Cloud.'

You can’t escape the term these days but most of the services I use have increasingly revolved around having a good internet connection. The first change we will see might give us greater choice, but at a greater price. Years ago, I ditched my Sky box and classic terrestrial aerial TV setup and now watch all media through streaming services.

The interesting change I’ve seen is that even these relatively new services are already being superseded - nothing in tech stays the same for long. Media is becoming splintered and that could come at a cost to us, the user.

Pictured: Express columnist Rory Steel says that the world of television has been permanently changed by the multitude of streaming platforms available.

So, where once you could just get away with one streaming channel you will now have many to pay for. Some of you may be thinking that you will just share accounts with friends to bypass the media 'greed,' but services like Spotify make that difficult without more expensive family options, something the TV streaming services are copying.

You will have to pay up or make choices on your channels, but when that latest film comes out, you won’t be able to discuss why Sandra Bullock called her child 'boy' or other suspect plot issues in the Bird Box unless you have access.

Music is also following suit, I used to spend a great deal of time ordering my iTunes collections and paying for individual tracks or albums, where now I subscribe to Spotify for all my music needs, especially as I can now easily store my music on my watch when going for a run.

Internet of Things (IoT) devices are starting to become commonplace. Where my Amazon Echo was a plaything only a few years back, it now dominates the home.

By uttering the mere word 'Alexa' I’m able to control the heating, TV, lights, music, electric bed, send an announcement all over the house, check facts, set timers, get the weather, and make a coffee without leaving my chair. While I’m still waiting for a house robot to get my coffee, the range of things I expect from IoT devices is growing.

This invasion or assistance, depending on your outlook, into the home hasn’t even touched the surface of what's to come. Right now, most people will be asking for several basic things, but the true geek in your house may be using automated cloud services like IFTTT.com (If That Then This) turning your home into a scene reminiscent of HAL 9000 in 2001 Space Odyssey.

For example, when both mine and my wife’s phones are not in the house the heating goes off automatically. That simple feature has conservatively saved us £400 in heating this year.

Some of my most useful procedures (or recipes as they are called) include: an alert when it’s going to rain the next day on a work night. This changes my alarm to a little earlier, as I will take the car instead of my much loved, traffic-busting, electric bike.

Pictured: Rory is an advocate of the 'smart' home and has various coded 'recipes' to make domestic life easier.

I have programmed the electric bed to go on under certain temperature conditions, again saving money when it’s not needed. If the temperature goes below 0 degrees overnight there is a reminder to start the car a little earlier to defrost the window.

For my daughter's love of space, I get an alert when the space station is overhead but only when it’s dark enough for us to see. I have a range of useful and obscure automated services, while it seems far-fetched you might do the same yourself soon, remember how alien talking to a computer to play some music used to be.

When you throw in the mix that these 'recipes' can save you significant amounts of time and money it becomes less science fiction and a lucrative market for the IoT device creators to take advantage of. I’m not going to get into how Artificial Intelligence will anticipate all this for you soon!”