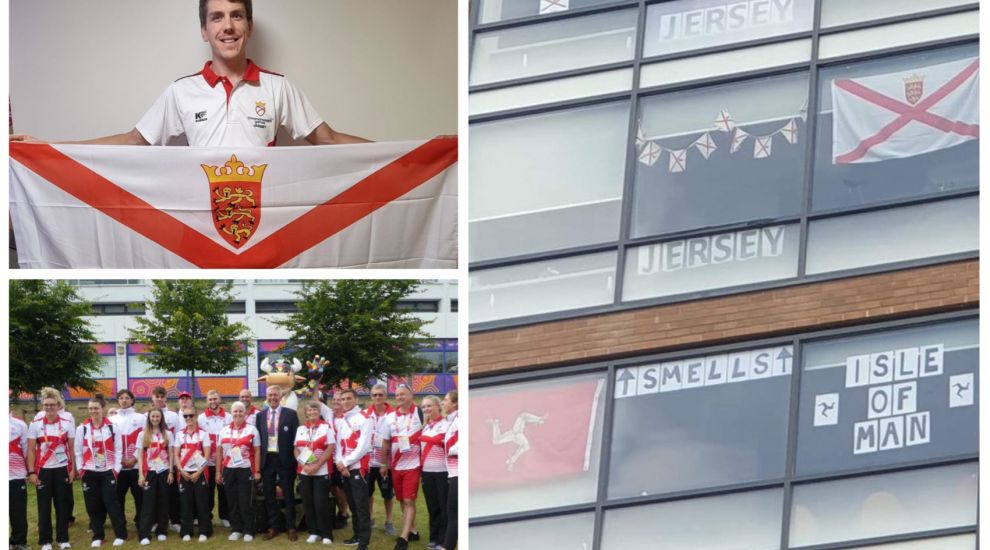 28 athletes will be representing Jersey across eight different sports at the 2022 Commonwealth Games, the largest multi-sport event to be staged in the United Kingdom for a decade.

Cyclist, Rhys Hidrio, will be Jersey's flag-bearer at this evening's opening ceremony.

Rhys, who is preparing for his third Games after competing at Glasgow 2014 and Gold Coast 2018, will lead the team out at the Alexander Stadium in Birmingham. 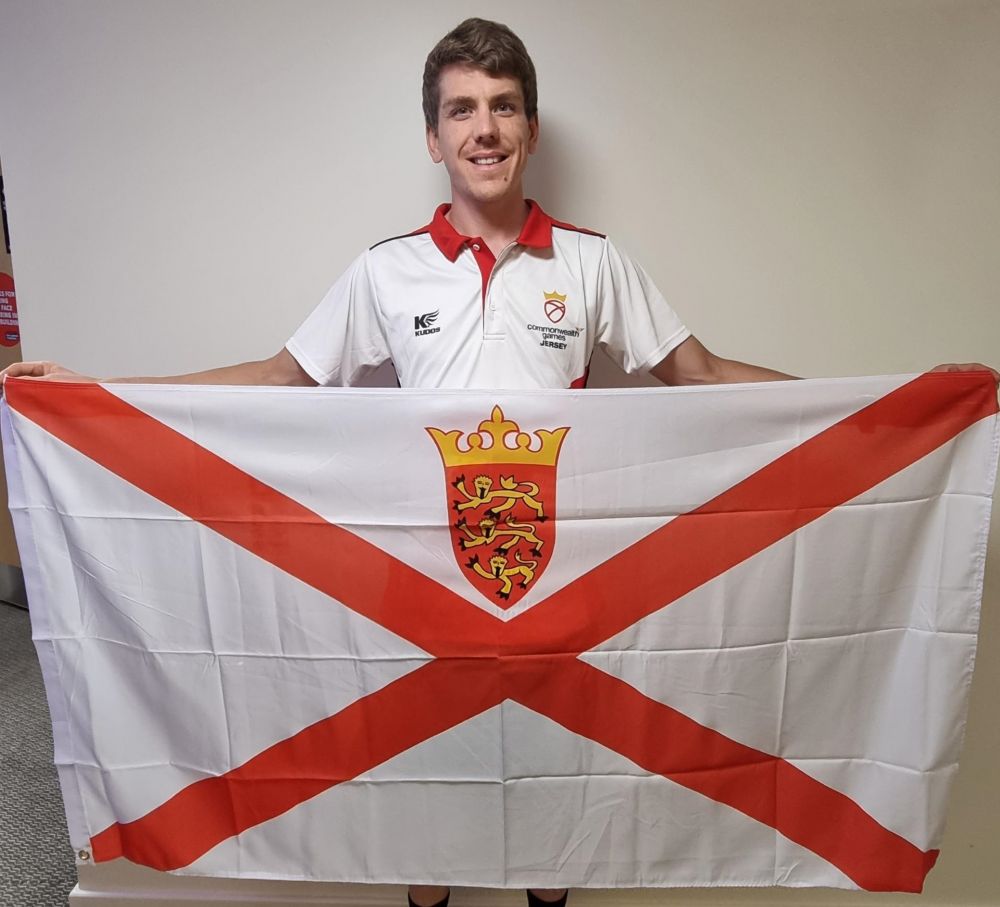 Pictured: Flag-bearer Rhys will be competing in mountain biking and the road race at Birmingham 2022.

Rhys said: "I'm surprised and delighted to be given this opportunity to carry the flag into the opening ceremony. I love representing Jersey, and to be a small nation at a big Commonwealth Games, it's just a massive honour."

An estimated 30,000 people will be watching the opening ceremony live, with millions more watching from around the world.

Alongside Rhys, there are 27 other local athletes representing Jersey across a range of sports including swimming, boxing, gymnastics, table tennis, and bowls.

Team Jersey have already been getting settled in to the athletes' accommodation in Birmingham, and have even shared some friendly banter with the Isle of Man team.

Alongside the athletes, the games are also being attended by The Chief Minister, Deputy Kristina Moore; Minister for External Relations, Deputy Philip Ozouf; and Minister for Sport, Deputy Lucy Stephenson. The Ministers will be using the games to develop links with Commonwealth member states on a range of areas of shared interest.

The Chief Minister said: “Jersey has a fantastic sporting tradition and I’m delighted to attend my first Commonwealth Games to show support for our athletes as they compete with the best from around the world.

“We have some talented athletes who will be doing the Island proud over the next two weeks, and I would like to thank Jersey Sport and Jersey’s Commonwealth Games Association for their continuing support for Team Jersey, and the years of preparation that have gone into Birmingham 2022. 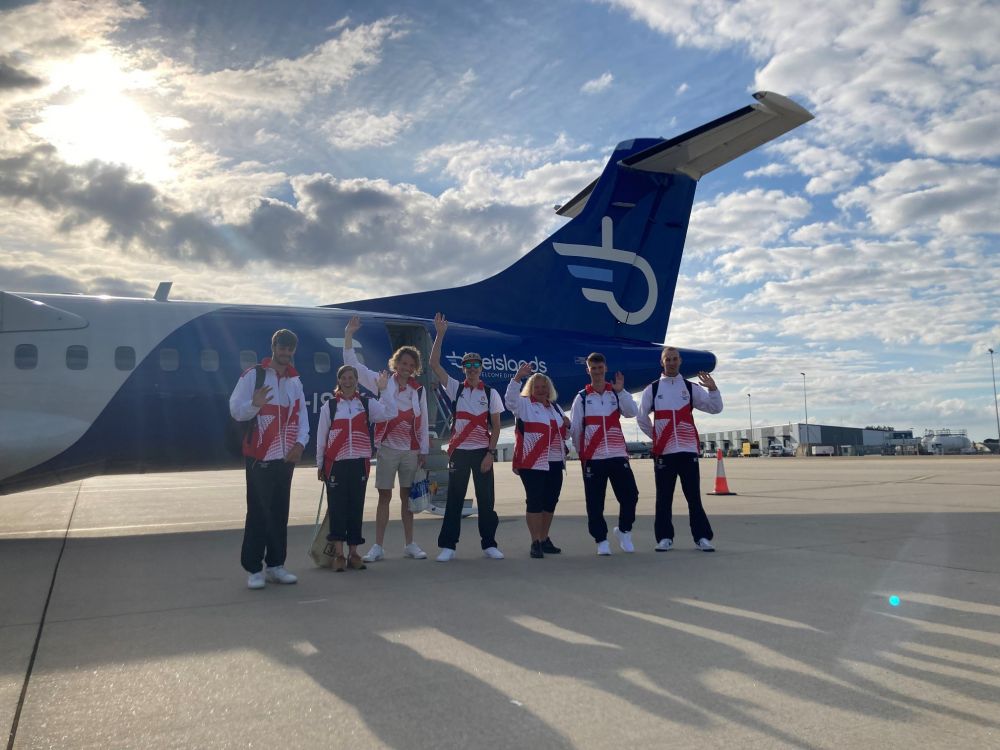 Pictured: Some of the Jersey team travelling to Birmingham for the competition.

“This is also a valuable opportunity for me to meet with our Commonwealth partners, and I’m looking forward to attending the Commonwealth Games Business Forum, which brings together political and business leaders. It is important that Jersey is represented at these events, where we are on an equal footing with larger nations such as Australia, India, South Africa and Kenya – many of whom are key overseas partners for the island.”

While many people are celebrating England as the host of this year's Commonwealth Games, Jersey's former Director of CYPES, who used to be CEO of Birmingham Council, Mark Rogers, expressed his concerns about some Birmingham hotels which are moving vulnerable homeless families to hotels outside of Birmingham with short notice to make way for Commonwealth Games visitors.

“As we welcome the nations of the commonwealth … so we say goodbye to our inconvenient residents.” ????

This comes after the Birmingham City Council admitted up to 20 families had been moved to temporary accommodation to make space for visitors to the games - including a homeless mum and kids who were sent to Coventry. A spokesperson said most hotels they work with are continuing to accommodate homeless families during the Commonwealth Games, but in cases where the hotel is fully booked, families are being relocated.

“In the case of when a hotel is fully booked, we have agreed with them to move families to alternative hotels for the duration of the Games. We have ensured that they are provided with alternative arrangements including additional meals and support.

“In total, this relates to less than 20 families being moved to Coventry. However, in recognition of the disruption and uncertainty that this will have on the families affected we have been liaising with them individually."

A blinder of an event

The games will be officially kicking off tonight with a ceremony designed by the creator of Peaky Blinders, who has promised a spectacle in line with the Olympics. It can be viewed on BBC tonight. 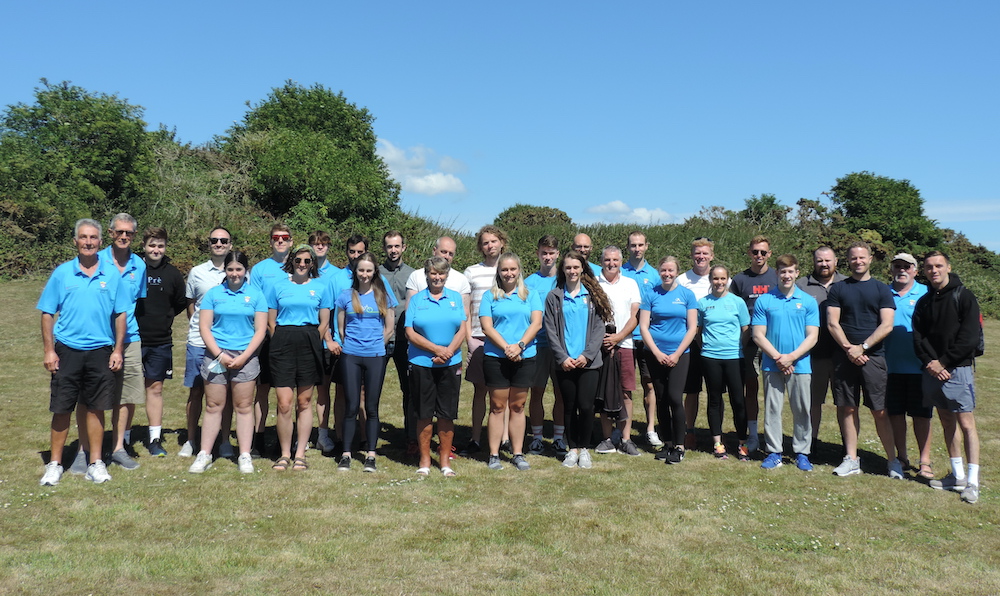 Pictured: Members of the Jersey team.

The games will then take place in venues across Birmingham and the West Midlands until 8 August 2022.

The full Jersey team is...

You can keep up with the schedule of the Commonwealth Games 2022 here and find all of Team Jersey's latest news here.