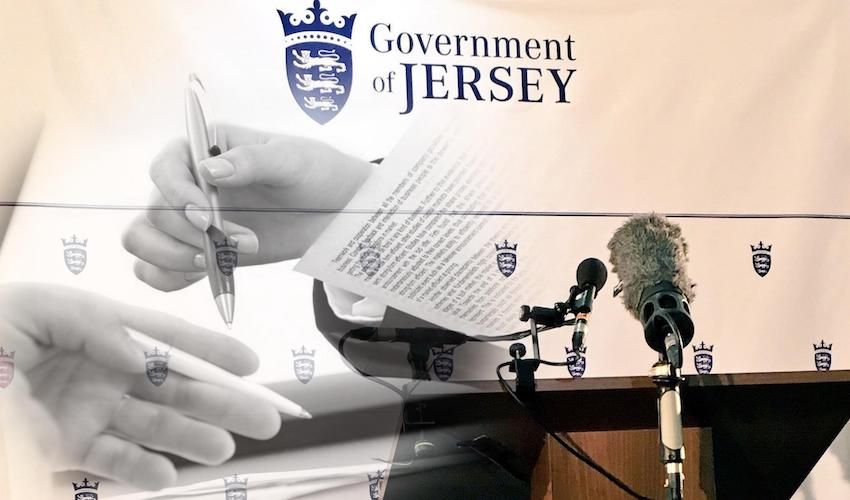 Emails obtained by Express have shown the government’s new £400k PR team is tightening its grip on a service designed to enhance government transparency through the publication of unfiltered information to the public.

Requests made for data under the Freedom of Information (FOI) Law, which can range from Education to the Taxes Office, are now being routinely screened by members of the Communications Unit with responses drafted and edited under their eye.

The email batch has shown instances of Director of Communications Stephen Hardwick, who was brought in as part of CEO Charlie Parker’s ‘Transition Team’, and the Director of Media Relations, stepping in when faced with requests whose responses they deem likely to impact the reputation of the Government of Jersey. 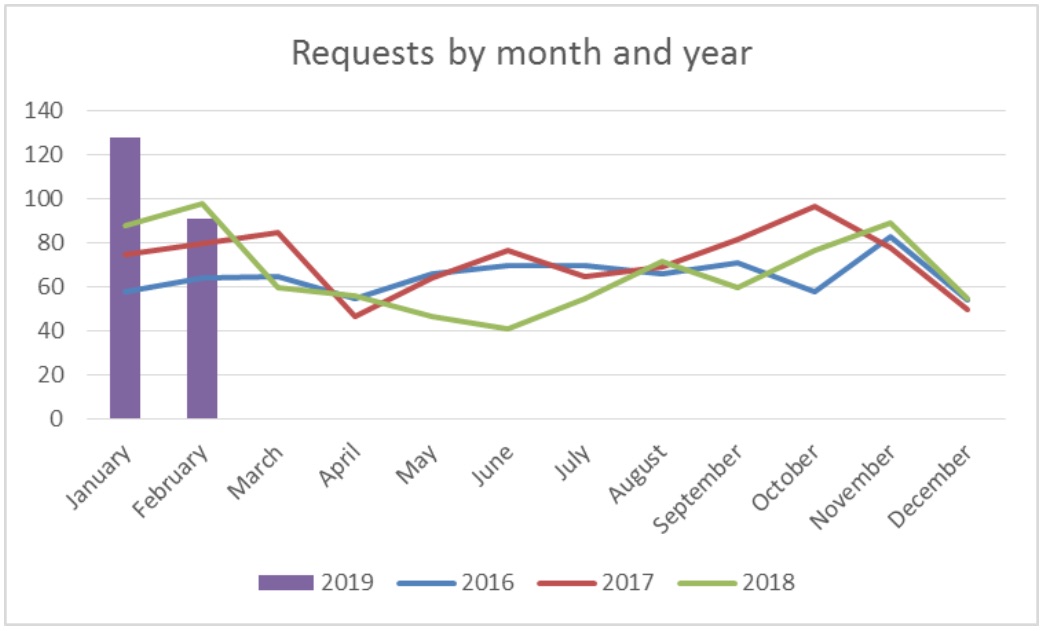 Pictured: The volume of FOI requests has escalated recently.

Such instances included queries over the government’s definition of anti-Semitism – and even a request about how many members of the island’s Police Force are Freemasons.

The news raises a question mark over the integrity of the responses provided at a time when the FOI unit is facing an unprecedented volume of requests, with over 200 submitted in January and February this year alone. In January, the number of requests were up by as much as 50%.

Of these, a vast quantity have related to staffing costs and CEO Charlie Parker’s controversial OneGov changes, which have involved tearing up the structure of government and creating new departments, which has involved redundancies and the recruitment of new staff.

Introduced in 2015 in a bid to increase government openness and accountability, FOI allows members of the public and media to gain access to any raw data held on record within States departments – even if it proves to be embarrassing. 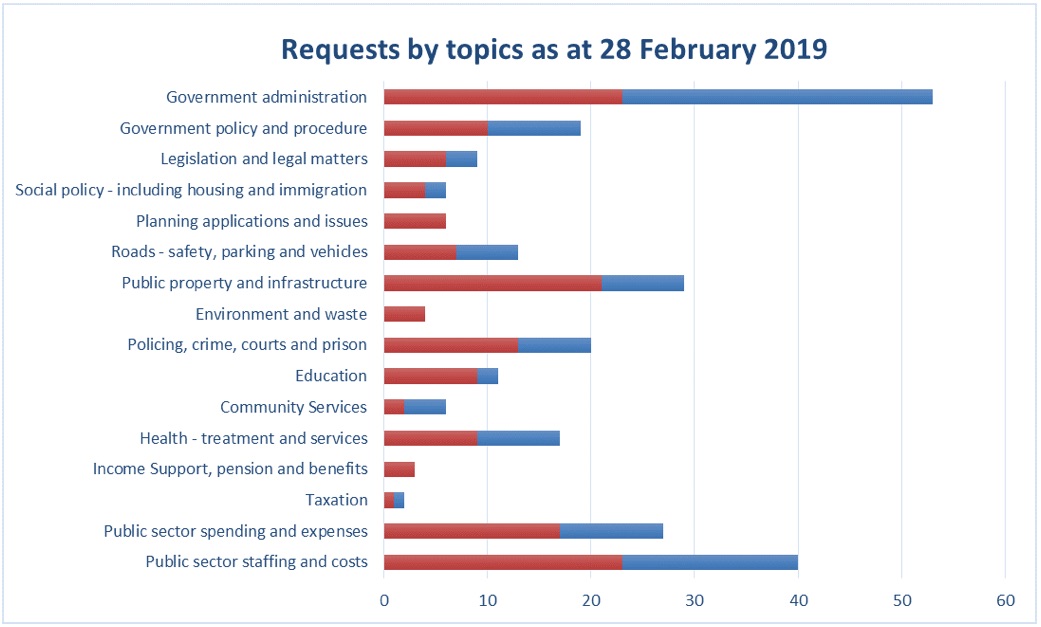 Pictured: Many FOIs have been concerned with government administration and public sector staff spending.

The system has been responsible for bringing internal controversies into the open, including the former Senator Philip Ozouf’s States credit card purchases and two senior civil servants’ £13,000 spend on business class flights to South Africa, and even the CEO’s contract following a seven-month battle by Express.

It has also unearthed details of public interest, such as the 40 people to have gone missing from mental health facilities since 2015 and the fact that the States printed 21million pages in just six months, despite a £10million scheme to get the government digital.

But concerns over the integrity of the process of answering requests began last year when it emerged the FOI team were being asked to “escalate” some requests to the Communications Unit if they contained “sensitive” or “reputationally-critical” material. At the time, officials defended the move by saying it ensured they were able to adequately prepare Ministers for follow-up queries from the media.

Now things appear gone a step further, with the Communications Team being regularly sent lists of FOI requests and picking and choosing themselves which answers should be developed under their supervision. 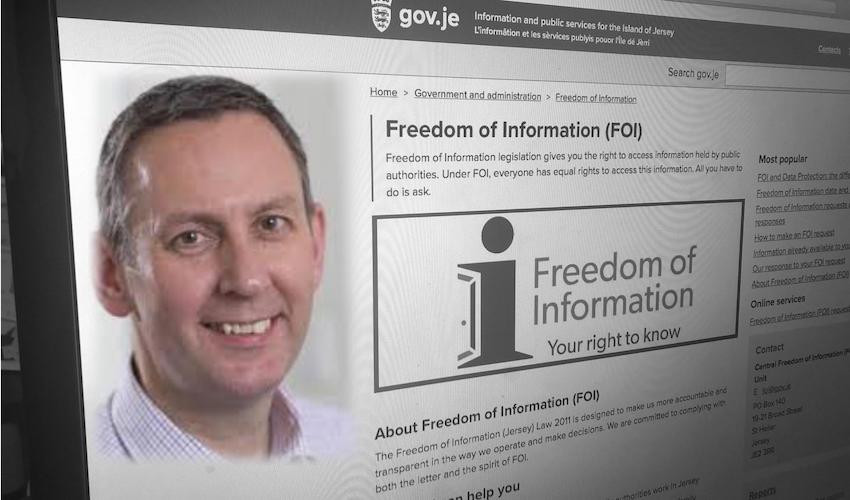 The emails obtained by Express also found that requested information was then further being escalated to other third parties, including the Director of Organisational Transformation and the Government’s Chief of Staff, ahead of its release to the public.

The Chief Minister, Treasury Minister and Housing Minister were all shown copies of the set of emails on the topic of the Ann Court housing development when the site was being considered as a new HQ from their inboxes due to be made public.

Another email shows Mr Hardwick requesting that Mr Parker get an advance sighting of a request for evidence backing his claim in a speech that children were being sent to school covered in rat bites.

They also show how the Director of Media Relations had already pre-prepared a statement for the Chief Minister regarding the release of government travel expense information before the “quite delayed” response was provided to the requester.

In another email, Mr Hardwick can be seen substantially changing a drafted reply from the FOI Unit to Express in which they explain why there has been a delay in releasing details of the CEO’s contract. 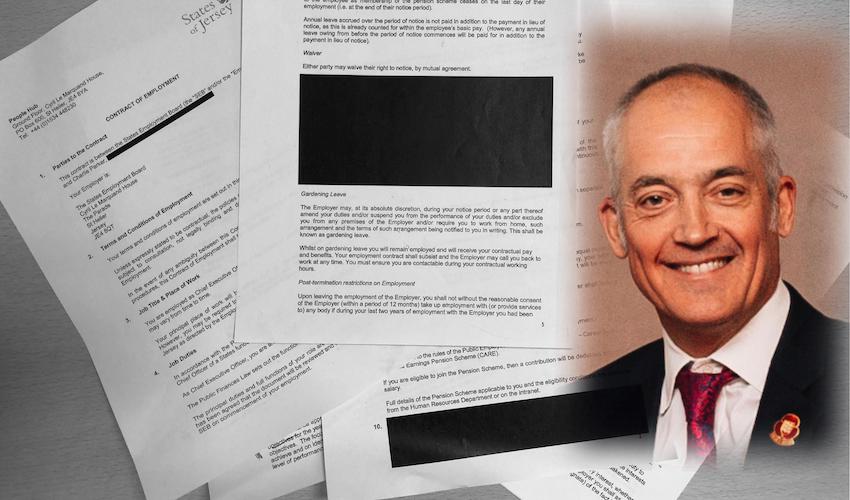 Pictured: The Comms team had a substantial amount of time to prepare its response to the release of CEO Charlie Parker's contract to Express.

He adds the line: “We would like to note that the time frame for Internal Reviews is not a legal time frame, but an internal service target.”

Throughout the process of trying to obtain Mr Parker’s contract, at no point was Express informed that the Communications Unit were involved in the proceedings. It means that they may have had up to seven months to prepare their response prior to Express receiving the information.

In fact, all FOI responses listed on the gov.je website do not indicate whether they have had input from the PR team.

The email batch also shows involvement at a minute level of detail. “Fine by me – but please put it all in the same font,” Mr Hardwick wrote of one drafted FOI reply.

Challenged over their approach to FOI, a government spokesperson replied: “The central FOI team forward a weekly list of requests to a number of staff, including some communications staff. This list is for information and does not include the names of the people asking the questions. In line with the escalation procedure, a member of staff can ask for an item to be escalated or to be copied in when answers are prepared for information.

Express asked about whether the Communications Unit’s involvement in FOI had tended towards media and reputation management, rather than the clear and transparent provision of information.

Justifying her involvement in the process, the Director of Media Relations said: “As Head of Media and Stakeholder Relations I am copied into a lot of emails containing final responses to FOI requests. This is for information. Communications staff are sometimes asked to provide background information for ministers on FOI requests so they are prepared for any follow-up queries from the media when the answers are published.”