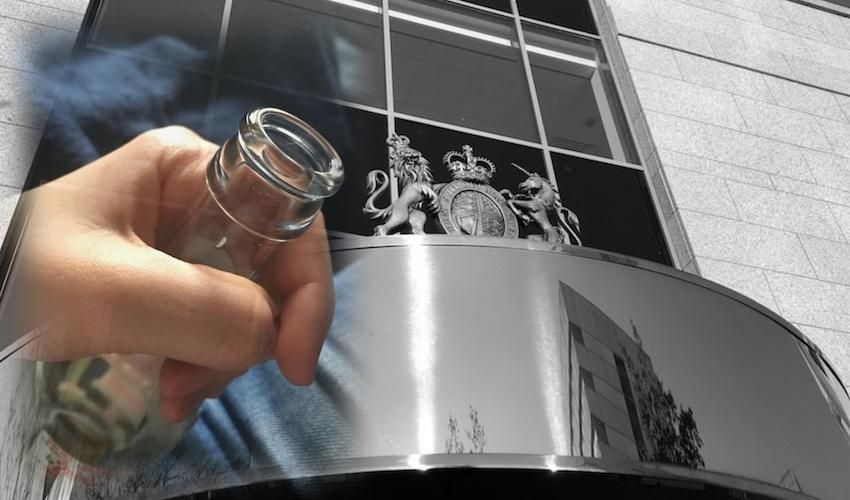 A nightclubber, whose aggressive behaviour saw him headbutt someone and throw a glass bottle that hit a member of bar staff in the head, has been handed 170 hours' community service and a temporary ban from bars and clubs.

Dane Walsh (21) appeared in the Magistrate’s Court to be sentenced for four offences which occurred while he was out at Havana nightclub on two different occasions.

Legal Adviser Simon Crowder, appearing for the prosecution, explained that on the evening of 7 October an altercation broke out between Walsh and a group of other men as he tried to retrieve his jacket.

During this confrontation, he proceeded to “headbutt” one of the men “in the face” and then hit “that same male with his left hand."

The court heard that Walsh then “disengage[d] from that group”, but he took a glass bottle with him to another part of the club which he then “randomly” threw “overarm."

Although Walsh wasn’t aiming to hit anyone in particular, the bottle “struck” a member of bar staff “to the right rear side of her head”, knocking her to the floor.

Mr Crowder added that Walsh later “swung a punch” at a man outside the club, but that it “didn’t connect."

Pictured: Dane Walsh appeared in the Magistrate's Court to be sentenced after committing four offences.

The bartender had to be taken to A&E by paramedics where she was treated for a “laceration to her head, which required gluing."

For throwing the bottle, Walsh was charged with one charge of grave and criminal assault and possessing an offensive weapon. The 21-year-old also faced a charge of being disorderly and one of being drunk and disorderly on licensed premises when he was approached by the Police on a separate occasion outside Havana nightclub.

Walsh was represented by Advocate George Pearce, who told Assistant Magistrate Peter Harris, presiding, that the fight broke out because Walsh had been pushed and that he responded in kind as he felt threatened by the group of men.

The Advocate said that his client had reacted violently in order to “ward them off”, stating that this did not excuse his behaviour but did help "to clarify the circumstances in which his offending occurred."

Advocate Pearce went on to say that Walsh “had no intention of injuring” the bartender and that he was “horrified" that his actions caused her harm.

Addressing the Assistant Magistrate on his client’s background and character, Advocate Pearce emphasised Walsh’s young age and the fact he is a first offender before inviting the court to impose an order for community service.

Having heard both sides of the case, the Assistant Magistrate warned Walsh that the offences were “pretty much at the ceiling” of the Magistrate’s Court’s sentencing powers.

However, instead of sending Walsh to jail, Assistant Magistrate Harris sentenced the young man to 170 hours' community service, and imposed a 12-month probation order. He also banned Walsh from visiting certain licensed premises, including pubs, bars and nightclubs for three months.

Walsh was ordered to pay £595 compensation to the woman he hit with the bottle, and a further fine of £200.

Handing down his sentence, the Assistant Magistrate acknowledged the young man’s lack of previous offences, the fact he pleaded guilty and references provided about his character references.

Assistant Magistrate Harris also made reference to the young man’s “naivety about alcohol”, warning him: “You have to understand that if you are drinking alcohol in that quantity, you’re not going to have a full awareness of what you’re doing.”

Before Walsh was dismissed, the Assistant Magistrate reminded him that if he breaches any of the orders, “the only option… would be to send you to prison”, adding: “I don’t want that to happen."