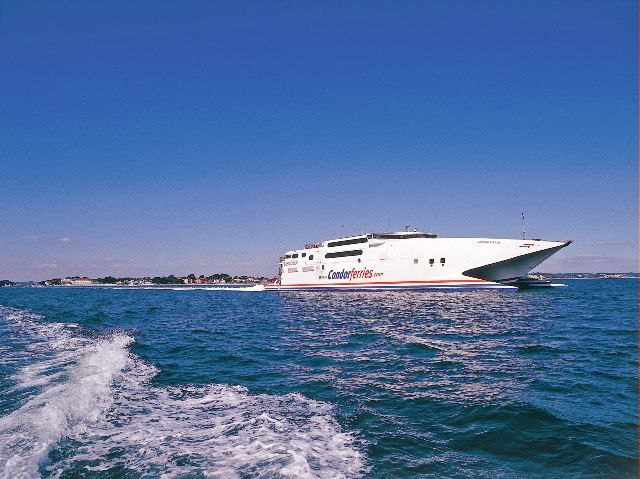 Condor has confirmed it is going ahead with purchasing a new £50m ferry, after winning a decade-long deal with the States to provide services. And it says the new high-speed ship will reduce weather cancellations by 90%, and sick bag use by 70%.

Months of negotiations with the States concluded this week with Condor being offered a ten year arrangement to provide car, passenger and freight services between the Channel Islands and the UK. That deal has enabled the company to purchase the Austal 102, which the company's CEO says should be in the water by next April.

James Fulford said 90% of weather related cancellations could have been prevented with the new ship and is confident its purchase will cut the number of sick bags the company has to provide by 70%.

Mr Fulford added: "The 102 will offer increased reliability, capacity and comfort. We have not asked our Islands, or anyone else, for a subsidy for this purchase. However, in order to make this significant investment, we have always said we need the certainty of a new operating licence. I am delighted that today, we are a step closer to achieving that certainty and investing in a new ship which will secure the future of high speed ferry services for our Islands."

Following changes to the Island's sea transport policy, the company has agreed to make significant performance commitments and has now applied for a ramp permit to operate passenger, car and freight services to and from the Channel Islands for the next ten years.

Mr Fulford said the proposed deal with the States will safeguard the Island's ferry links, enabling any operator to make an investment for a fair return and recoup that investment.

Meanwhile he is reassuring passengers due to set off for their summer holidays this week that their travel won’t be affected by what the company is calling a  “minor incident” in Guernsey on Monday afternoon which has left the Commodore Clipper out of action for the rest of the week.

The company is investigating why the ferry was damaged as it arrived into the Island and suspects it touched the bottom in Little Russel, the channel running between Herm and Guernsey.

Mr Fulford said it’s far too early to speculate whether there was any obstruction but says the ship was being sailed by a very experienced captain.

One rumour is that last Friday’s earthquake could have caused changes to the seabed but the British Geological Survey has ruled that out.

Assistant Seismologist Julian Bukits said: “4.2 is significant by UK standards but it’s not even going to take a chimney down. With a 12 kilomtre depth, it just causes shaking and rumbling, you’d need a pretty strong earthquake to cause any noticeable landslides.”

Mr Fulford said the company plans to have the ferry back in action by the end of the weekend but says there are plenty of sailings and is confident all passengers’ needs will be catered for.

Those who were booked to travel on the Clipper are being offered alternative services on the Commodore Goodwill or one of the company’s other fast ferries.

Investigations into what caused the incident are expected to take weeks, if not months, to complete.

Posted by david forde on Jul 16th, 2014
We will have to wait and see but I won't hold my breath!
To place a comment please login Login »