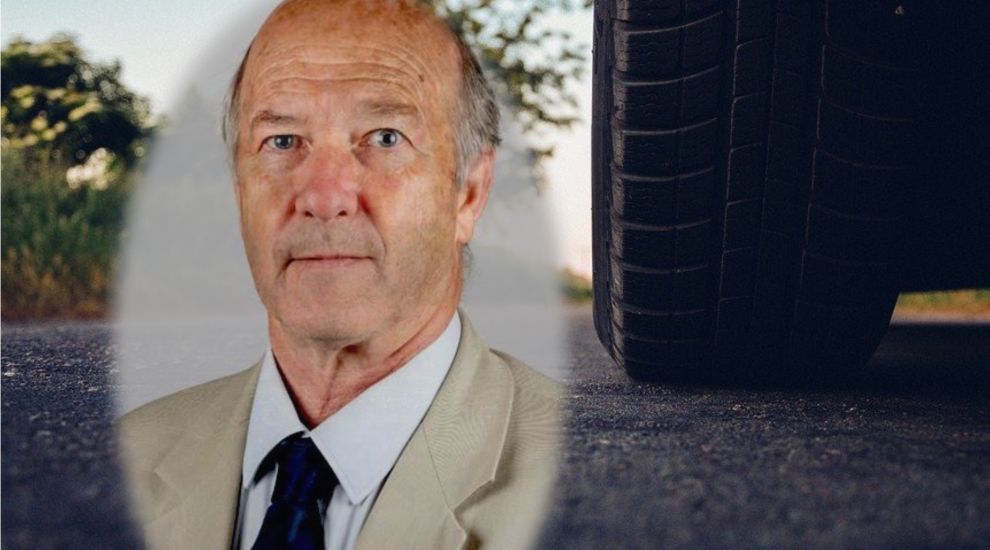 The Constable of St. John has been been handed a £4,000 fine and an 18-month driving ban after being found guilty of dangerous driving.

Chris Taylor had denied deliberately driving his red Ford Fiesta into the legs of a cycling race marshal, an off-duty police officer, at low speed during a dispute in Trinity last June.

The sentence came following a day-long trial in the Magistrate's Court today.

Earlier today, Legal Adviser Paul Lee told Court that on the day of the incident, Rue du Bechet es Cats was closed to northbound traffic as a result of a cycling race, with two marshals standing at the junction with Rue d’Ebenezer.

It transpired after the incident that permission had only been sought and given by the Parish of Trinity, and not from Growth, Housing and Environment (GHE) as required.

The Court first heard from the off-duty police officer whom Taylor struck.

He said he had initially assumed Taylor would turn onto Route D’Ebenezer but had instead driven straight towards him. The officer put his arm out to stop the vehicle but Taylor “continued to drive straight into him without any hesitation” at what he described as a “fast walking pace”.

The car “struck his legs square-on”, pushing him backwards and prompting him to start “shouting and banging the bonnet to raise awareness of the driver”.

The officer said Taylor’s car then came to a “momentary stop” before making “another deliberate move forward” in what he described as several nudges. 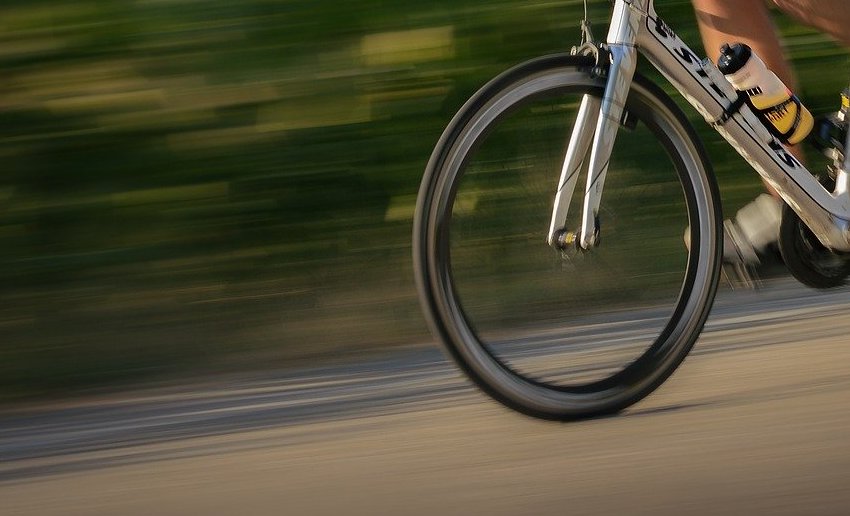 Pictured: The altercation between Taylor and the off-duty police officer took place during a local cycling club race.

He said he could see Taylor looked angry through the windshield and that was shouting, although he couldn’t hear what he was saying.

The Court heard that Taylor then stopped his car, “immediately swung the door open, quickly got out of the vehicle, stormed around where [the officer] was stood and took up a face-to-face position with him”.

The officer said the conversation that ensued wasn’t “calm”, with Taylor being “agitated” and saying in a raised voice, “You can’t stop me, you’ve got no power,” and then later on, “I am the Constable of St. John, I haven’t given permission for the road to be closed."

Advocate Adam Harrison, who was representing Mr Taylor, suggested his client had tried to signal to the officer before stopping his car and then drove on to park in a nearby field.

While the officer admitted he might have missed Mr Taylor’s attempt to get his attention, he said that Mr Taylor could have parked in the entrance of a nearby field or in the corner of the junction “without driving into him”.

The officer denied telling Mr Taylor, “I don’t give a f*** who you are, the road is closed, you can’t go through”, branding the suggestion as “nonsense".

He admitted hitting the bonnet of Mr Taylor’s car but said he had only done so after being struck “to try and get some sort of reaction".

“The way [Taylor] acted was wholly unprofessional and inappropriate,” the officer said, explaining he had put a complaint forward after making “enquiries” upon his return to work.

The other marshal at the scene that day told Court he had seen the car driving towards the officer, although he couldn’t confirm if it had actually struck him.

He said he didn’t recall Mr Taylor having his hazard lights on or trying to talk to them prior to driving forward.

He described Taylor as having his voice raised and looking annoyed when he got out of his vehicle, while the officer was “very calm and controlled”.

Pictured: Taylor said he was on his way to the Parish Hall.

Taylor rejected the evidence put forward by the pair when he took the stand. He said he had been on the way to the Parish Hall, which he normally attends at 07:00 or 07:30, on the day of the incident, arguing it had taken place just before 09:00 rather 08:10 as described by the marshals.

He said he had stopped at the junction out of concerns for his “vulnerable parishioners” who lived down the road because he wasn’t aware of the closure, having seen no notice on the computerised system used by constables and emergency services.

He said he drove up to the barriers, wound down his passenger window and asked to speak to the officer who simply replied “the road is closed” on two occasions.

Taylor said the officer made no attempts to come talk to him, describing him as “unhelpful”. He said he then decided to park, knowing “there was plenty of place to park in entrance of field”, at which point the officer ran in front of his car and “attacked” his car with his red flag.

Taylor said he was in “a state of shock” as nothing similar had happened to him before.

He added he was “very concerned” following the incident, which he described as “totally unhelpful”, describing the marshals as “clearly untrained”. 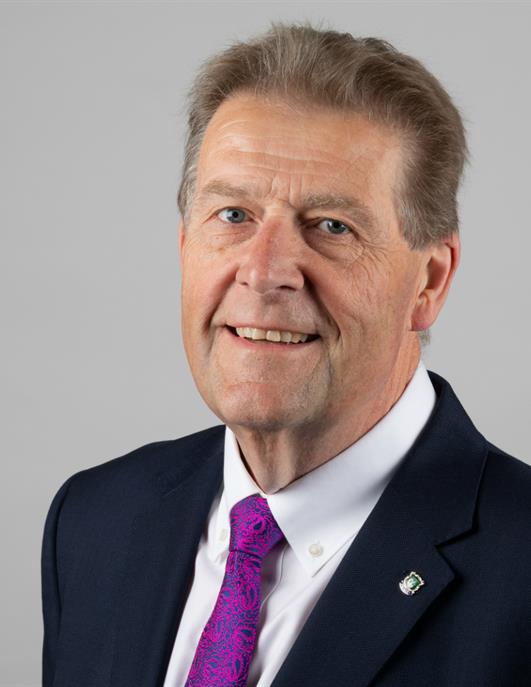 Pictured: Taylor emailed the Constable of Trinity, Philip Le Sueur, after the incident.

Taylor said he left the scene and went straight to his Parish Hall, before emailing the Trinity Constable, Philip Le Sueur, to inform him of the incident.

He denied “any physical contact” between his car and the officer repeatedly. “I never struck him at all,” he said. “It’s him who attacked my car.”

During cross-examination, Taylor became flustered as Legal Adviser Paul Lee pointed to several inconsistencies between his initial statement to the police – which he submitted instead of answering questions – and his evidence in Court.

He then went on to suggest Taylor had changed his version of events to “suit his narrative”.

Mr Lee suggested the reason Taylor had emailed the Trinity Constable after the incident was because “he knew he had met his match” and that the officer was likely to raise a complaint against him.

Summing up, Mr Lee told Court both marshals had been consistent in their evidence while putting the credibility of Taylor’s into doubt.

He urged the Relief Magistrate to return a guilty verdict, saying Taylor had “deliberately driven towards [the officer], showing complete disregard for the signs”.

Defending, Adam Harrison, suggested the Relief Magistrate couldn’t be sure about the way his client had driven.

He described the officer’s actions as “at odds” with standard practice for the force.

He argued there were inconsistencies between the two marshals’ accounts, saying the second witness’s version of events was “less dramatic”.

Handing down her sentence – a £4,000 fine and a disqualification from driving for 18 months – she highlighted Taylor’s “good character” and “long period of service to the island”.

She however went on to say she was concerned about the deliberate nature of Taylor’s driving and “the apparent use of a vehicle as intimidation or a weapon”.

She added that the officer Taylor had driven into had been exposed to “a real risk of significant injury”.

In addition to his fine, Taylor will have to pay £800 towards the prosecution's costs.

Constable Taylor was Assistant Chief Minister, but stepped aside from his duties when he was initially charged.

Responding to questions from Express about Taylor's Ministerial status in the wake of the guilty verdict, the Chief Minister commented: "Connétable Chris Taylor temporarily stepped aside from his duties as Assistant Chief Minister in January after he was charged, in order to avoid any unnecessary distraction for the Government. The Connétable remains ‘stepped aside’ from his duties.

"In view of today’s court case and the verdict returned against Connétable Taylor, I will be discussing the position with him as soon as is practical."