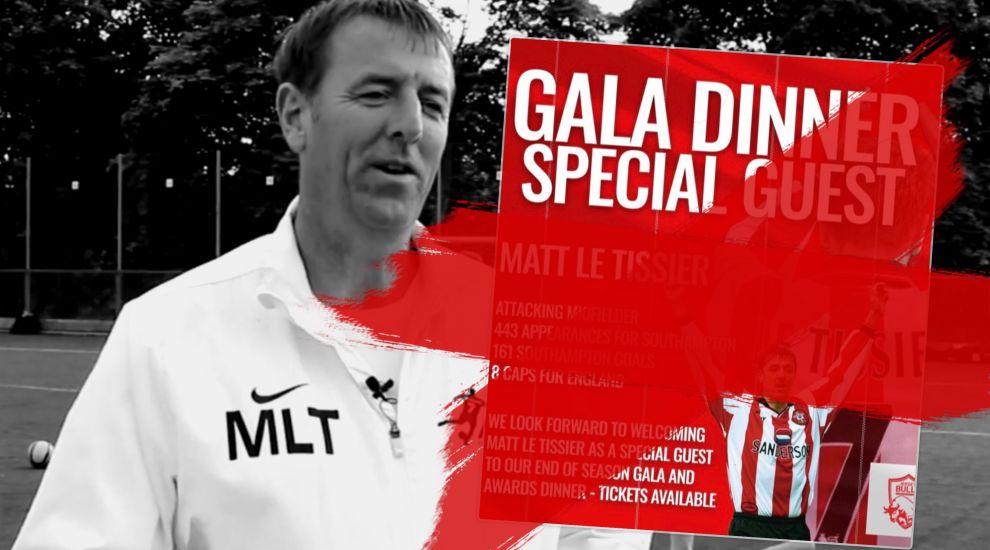 A controversial football pundit will no longer be the guest of honour at an upcoming Jersey Bulls gala dinner after club supporters decided his recent comments about Ukraine merited a red card.

Guernsey-born former attacking midfielder for Southampton Matt Le Tissier was due to speak at the Bulls’ end of season celebration at the Radisson on 7 May.

But in a statement released last night, the Jersey Bulls said they had made the booking before he had shared a tweet from a UKIP-linked news account suggesting that reports of atrocities committed by Russian forces in Bucha, Ukraine, were lies by the media.

We are delighted to announce that the special guest for our Gala Dinner is Matt Le Tissier ????

Any fans without a ticket, can win a pair of tickets at a supporters raffle at this weekend's game! ????#backthebulls pic.twitter.com/H9bxkD0QiH

Following significant backlash, the eight-capped former England player stepped down as an ambassador for Southampton FC, the club he had made more than 440 appearances for during his career.

It's not the first time the former Soccer Saturday commentator had been in hot water – Mr Le Tissier was sacked from his role at Sky Sports for comments he made about covid and the Black Lives Matter movement.

He continues to be an outspoken critic of how the pandemic has been dealt with, and recently spoke at an event called 'Covid Conversations' where numerous anti-vaccination arguments were made to a crowd of hundreds.

Last night, the Bulls said they had "mutually agreed to cancel" Mr Le Tissier's involvement as they didn't want recent controversy surrounding him to "detract from the wonderful achievements of the club, the players, management, and all our supporters" at the £950-per-table event which was intended to be "a highlight at the end of our first full season".

The club also said they felt they had a "duty of care to all connected to our club", adding: "We have listened carefully to what they have to say and in turn have agreed that Matt Le Tissier will step down from our inaugural event."

Posted by Neil Little on May 5th, 2022
How extremely petty. They aren't hiring him for his political views, but his achievements as a local CI footballer done good. What a sad world we live in.
To place a comment please login Login »