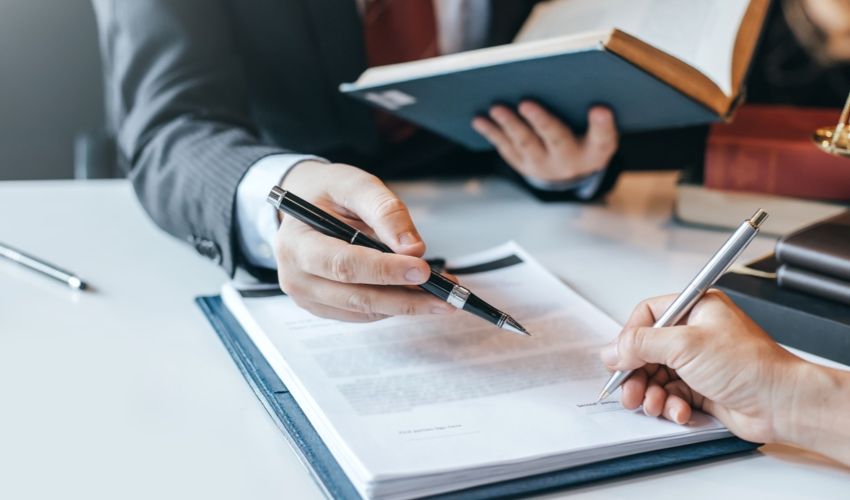 The Royal Court has downgraded the sanction against a Jersey lawyer who failed to properly set out a conflict of interest to a client.

The industry’s regulator, the Law Society of Jersey, had issued a ‘public reprimand’ to the unnamed Advocate but the Royal Court lightened the penalty to a ‘private rebuke’ on appeal.

The case involved the lawyer - ‘B’ - representing a couple who wished to transfer their property into their son’s name, who was represented by another lawyer - ‘C’ - within the same firm, ‘Z’.

The Society found that the lawyer had breached its code of conduct when it came to declaring conflict of interests.

The couple made a complaint. They had been strongly advised by the lawyer not to sign the transfer document but decided to go ahead. They then regretted their actions when problems with the living arrangements emerged.

Both the lawyer and the colleague representing the son admitted their failure to follow the appropriate rules set out in their profession’s code of conduct to the Law Society’s Disciplinary Committee.

However, the Royal Court ruled that the Committee had gone too far in giving public reprimands for both, and fining C.

The Bailiff, Sir Timothy Le Cocq, who was sitting with Jurats Charles Blampied and Steven Austin-Vautier, concluded: “It was... entirely unclear to us that the consequences on the complainants in this case came about as a result of any failings on the part of the practitioners.

“In our view, it was more likely than not that even had a letter been created which dealt with the conflict of interest Mr and Mrs A [the couple] would have signed it given that they signed a letter which advised them in the strongest possible terms not to enter into the transaction.

“They were determined to enter into that transaction and accordingly would have done what was necessary to have that happen.

“It is perhaps of note, without in the slightest way diminishing the strain that Mr and Mrs A are under and the disadvantage to which they had been put by the transfer, that when they addressed the Disciplinary Committee, they said that they had received no advice at all from Law Firm Z which clearly on the written record was simply not the case.

“The cause of the injury was the entering into the transfer by Mr and Mrs A against the express advice of their legal advisers and not the fact that Advocate B and C worked for the same firm.”

The Court added: “We do not in any way minimise the importance of the rules in the Code of Conduct that have been breached in this case nor the seriousness of the breaches.

“We, however, must look at the culpability and the effect on the public at large and indeed on the actual actions taken by or failings of the practitioners concerned in this case.

“In our view, while the breaches should not have happened and the practitioners in question should have been more mindful of the requirements that the Code of Conduct places upon them, these were errors borne out of a genuine desire to give effect to the lawful wishes of long-standing clients.

“The clients were, is as apparent from above, warned extensively and offered the opportunity to reverse their instructions and, as we have said it seems to us unlikely that had they gone to separate legal advisers they would have changed their settled course.

“We do not think that the Disciplinary Committee took sufficient account of the attempts that the legal advisers made to provide their clients the opportunity to reconsider their instructions or the force of Letter which was sent advising them of the potential difficulties and consequences with that course.

“There is considerable mitigation available and, indeed, the Disciplinary Panel made reference to much if not all of it.

“However, for the reasons that we have set out above, we cannot consider that the penalties imposed by the Disciplinary Committee were appropriate in this case and accordingly we replaced the public reprimands of both Advocate B and C with private rebukes and set aside the fine against C.

“The private rebuke is the lowest penalty that can be applied in disciplinary proceedings. It is, nonetheless, a penalty that is provided for expressly in the law and clearly it is anticipated on some occasions that it is the sanction that will be appropriate and should be applied.”

The Court also said it would not name the lawyers.

It said: “Sometimes the public interest will lead to the revealing of the name of the lawyer involved. Sometimes, as in this case, it will not.

“The public can be assured, however, that the Court has considered the matter seriously and carefully and has made the determination that it thinks is correct.”