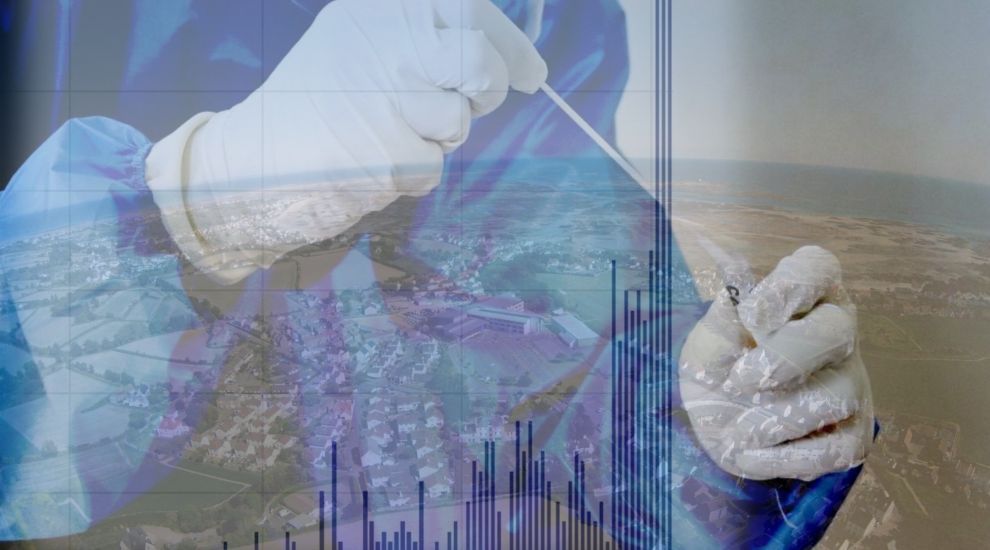 The number of people recorded as having covid in Jersey fell below 1,000 for the first time in weeks yesterday, but one more person with the virus has died.

According to figures released by Government yesterday evening, 832 people have covid. The last time cases were below 1,000 was 9 July, when there were 987.

Between Wednesday and Thursday, 259 individuals recovered, and 38 people tested positive for the virus – 24 were seeking healthcare, eight were travellers and six were picked up in cohort screening.

11 care home residents have covid and 10 people are in hospital – a rise of two on the previous day.

One islander in their 80s was also recorded as having passed away in the General Hospital after testing positive for covid. The Government sent its “sincere condolences” to their family and friends. 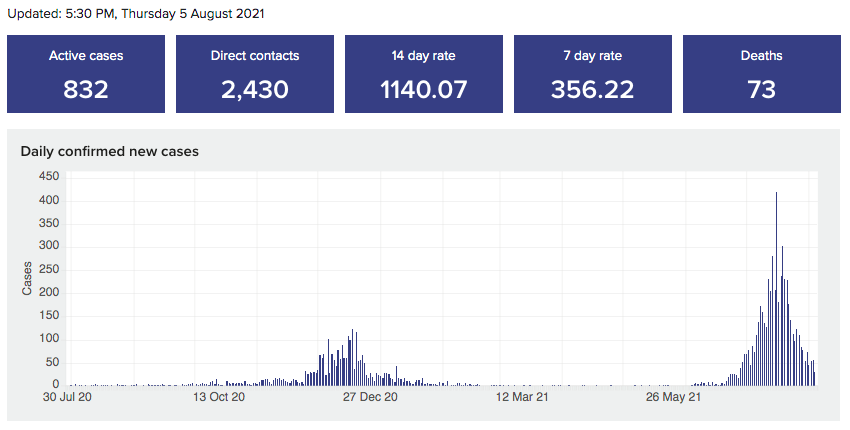 It brings the total number of deaths in the third wave to four, and 73 since the start of the pandemic.

The number of cases in the third wave appeared to peak at 3,170 on 26 July, but have sharply declined since then.

This has partially been attributed to changes in the testing regime and the way in which cases are recorded.

Following a reduction in the mandatory isolation period from 14 to 10 days, islanders with covid are said to have recovered if they have no symptoms after 10 days.

Those with symptoms are deemed recovered once they have been symptom-free for 48 hours.

Meanwhile, 85% of islanders aged 18 or over have had one dose of the vaccine, though take-up among 18 to 29-year-olds is still lagging, with 36% still yet to take up the offer of a vaccine.

Initiatives are underway to help tackle this - walk-in appointments are now available at the Fort, and 'Rock Up' clinics have been popping up around the island this week.

It was also confirmed this week that 16 and 17-year-olds will be able to get the vaccine in Jersey, following approval from the UK's Joint Committee on Vaccination and Immunisation, whose guidance is followed by the island.

The Committee is yet to confirm its advice on when the second dose of the vaccine should be administered, but it is likely to be around 12 weeks.

"As we offer the covid-19 vaccination to more of our population we will reduce the opportunity for the virus to spread in our community. The JCVI have carefully considered the balance of risks for under-18s to have the vaccine, and I am confident that their recommendations are based on sound research and robust data," Health Minister Deputy Richard Renouf commented.

Dr Ivan Muscat MBE, Acting Medical Officer of Health, added: "I would like to reassure islanders that these vaccines are safe and effective for use in this age group. The vaccine has been through rigorous clinical trials to test these vaccines in younger people and there is now considerable post-marketing experience of vaccination within this group.

"It has, of course, been authorised by the UK Medicines and Healthcare products Regulatory Agency. Additionally, it is used routinely in these age groups in the USA, Canada and other countries.

"Although serious illness from covid-19 is fairly rare amongst healthy young people, there is still a risk, and the risk is higher for those who are classed as clinically vulnerable. If they choose to be vaccinated, they will have a significant measure of protection against serious illness."