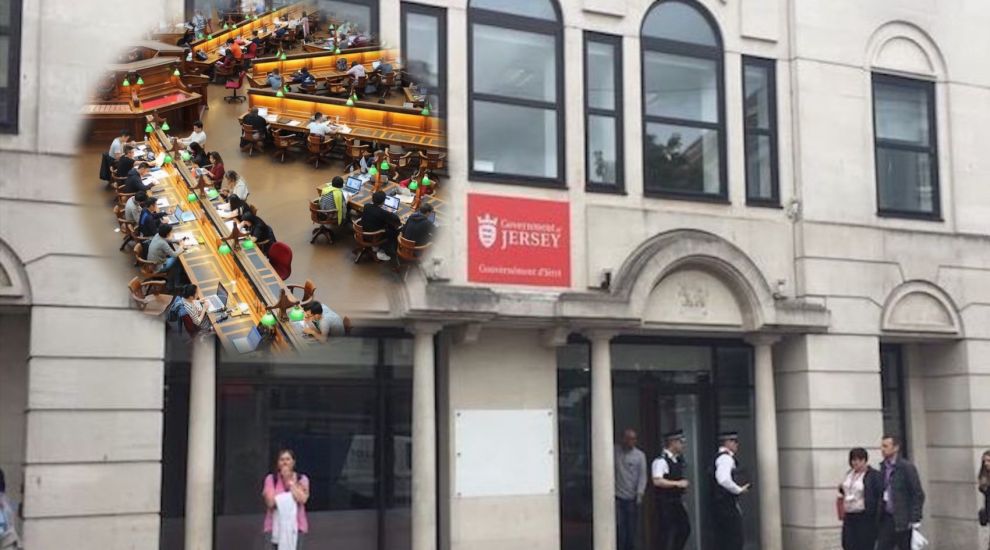 A 'cross-government coordination group' has been formed to help Jersey students affected by the university lockdowns across the UK.

The working group unites officers and Ministers from the areas of Education, Social Security and Home Affairs.

It was formed after students, parents and Jersey's Children's Commissioner raised concerns about the welfare of Jersey university students - particularly those in their first year - who have been placed under quarantine measures in their halls of residence in response to rising covid case numbers on campus.

Many have been told that they are now a 'household' with their housemates and have been banned from socialising with other households. The rules have left some Jersey students questioning whether they will be allowed back into university if they return home to see their families.

Meanwhile, other students, who have found much of their course teaching placed online, have been wondering if it is worth them having travelled to the mainland at all.

CoVid and Students in the UK - a brief statement on how we are responding.

A cross-Government coordination group has been convened to address the issue of Jersey students studying off-Island, and will be issuing advice as it is formulated. pic.twitter.com/VONAmUL9Av

"As we’ve seen through the media, there are stories to do with the covid crisis and university students, and prompted by the Jersey Student Loan Support Group, at today’s Education Ministerial Team Meeting, what we’ve decided to do is set up a working group of officers from across the Government – Home Affairs, Social Security, Education, Health – in order to bring in the various strands, to have a co-ordinated approach and to give information to parents going forward," he commented.

He added that the group will also be writing to the UK Education Minister "so if there are any plan changes we are better informed than we have been to know what’s going on in case we need to adapt our processes."

The Assistant Minister continued: "So, with anything with covid of course, things do change at a rapid pace, and we’ll be trying to provide as much information as we practically can.

"If anyone does have any issues or concerns they would like to highlight so I can feed into that group, please free to email me at j.macon@gov.je."

In response to the news, a spokesperson for the Student Loan Support Group said: “We raised a number of concerns and issues from parents and students who are currently away or will be shortly at university - these concerns crossed a number of departments. We are very glad to see Government have taken this action today.

“First-year students in particular can find moving away from home a daunting experience, and now are in unfamiliar surroundings.

“With cases of covid having been confirmed in some institutions, some are now spending that in isolation with people they hardly know. There are also other vulnerable groups of students who do not have family support, which we hope Government will give due thought to.

“We would urge students to register with a GP where they are studying. Universities will have student support services they can contact if they need help. We know that the late processing of grants applications this year has meant there still are outstanding grant award letters and maintenance grants for all year groups.

“This has caused additional stress in an already difficult and challenging year for many. We hope that this particular situation is rectified as a matter of urgency by government.

"We will of course be very happy to post up any information and guidance to our group on these varied issues as soon as we are advised.”

Posted by Scott Mills on Sep 29th, 2020
UK does not care about Jersey, only when it comes to help to funnel dodgy money from city of London to the banks over here. "With cases of covid having been confirmed in some institutions, some are now spending that in isolation with people they hardly know"....that's no different to any other 1st year students in the history on universities being around....

He added that the group will also be writing to the UK Education Minister "so if there are any plan changes we are better informed than we have been to know what’s going on in case we need to adapt our processes."...oh that's fighting talk...will not achieve anything. UK is a combination of countries...jersey is a rock!
Posted by Jon Jon on Sep 29th, 2020
Certainly a first year student should probably of deferred for a year,second and third year students obviously can cope with things.Whats with the hair Macon ,very little faith in his talk.
To place a comment please login Login »