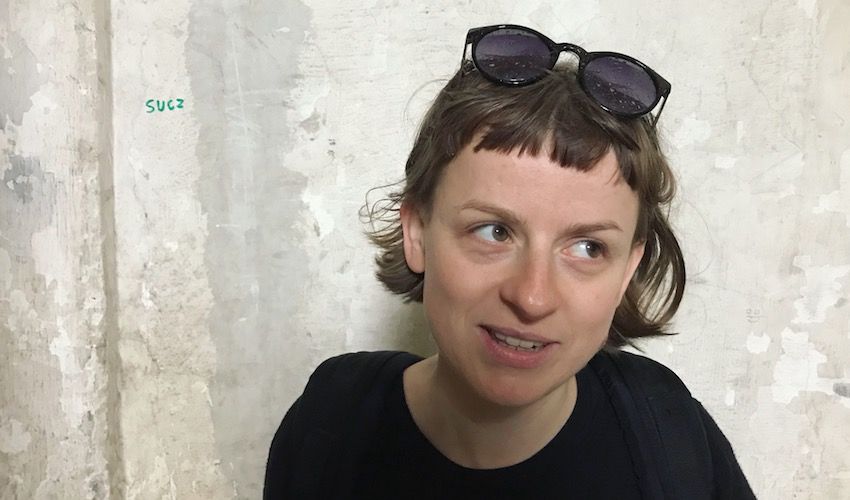 A Polish art curator and award-winning short film maker has compiled her top cultural picks coming up this year that she says does what all good art should – make you think and question.

Since her work in events production brought her to Jersey’s shores, film producer and director Dominika Szpinda has worked on a range of innovative projects and events from the Opera House’s 150th anniversary to a vintage swimwear fashion show.

As a fan of independent cinema and performance, Dominika has told Express about the upcoming pieces of art that she can’t wait to see...

1. The Remains of Logan Dankworth at Jersey Arts Centre (8 February)

There’s never enough live theatre for me! Especially when it’s a piece that relates to current politics. The Remains of Logan Dankworth is a part of Luke Wright’s trilogy of political verse. The play looks at trust and privilege in the age of Brexit and performed in Wright’s breath-taking verse. 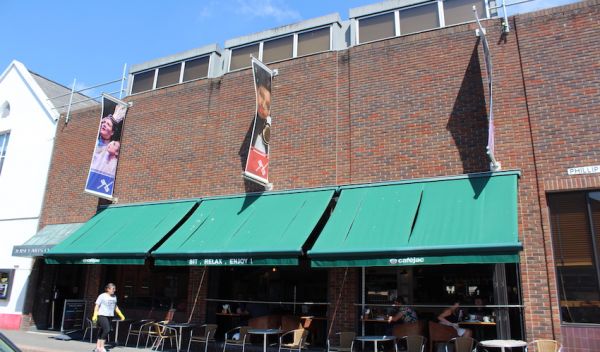 Pictured: Dominika won't be missing Luke Wright's first in a trilogy of political verse at the Arts Centre next month.

As described by The Guardian “Poet Luke Wright doesn’t mince his words. His performances rumble with rage, passion and humour. You will leave his show brimming with energy, heart pounding and your brain whirring.”

I never miss the chance to watch an incredible screening at the Opera House. From the comfort of a theatre seat, you’ll get to see things that you wouldn’t even be able to experience live at the Metropolitan Opera.

Pictured: "From the comfort of a theatre seat, you’ll get to see things that you wouldn’t even be able to experience live at the Metropolitan Opera" (MET/Jersey Opera House).

I’m particularly interested because the English National Opera and Dutch National Opera are co-producing this showing of Gershwins’ modern American masterpiece. The performance will be starring the fabulous bass-baritone Eric Owens and soprano Angel Blue. I’m also excited to see the set design as I am always left mesmerised by the Met’s designers - I just can’t keep my eyes off it!

One point 9 is the distance in thousands of kilometres between Jersey and Warsaw which is my hometown. I’m proud to see Polish independent music producers coming to Jersey.

Together with ArtHouse Jersey and local promoter, Tremor, we’re putting a night different to others. We are hoping to turn Rojo into a space with a minimalistic vibe where the Polish artists will perform live sets and psychedelic visuals.

I can’t recommend this exhibition of Steve McQueen’s work enough. Amongst his repertoire of incredible work are titles, such as Academy Award-winning ‘12 Years a Slave’, or one of my particular favourites, ‘Shame’ starring Michael Fassbender.

The exhibition will feature a variety of his work from film, photography and sculpture, including his first film shot on a Super 8 camera, Exodus 1992/97, and the recent End Credits 2012–ongoing. McQueen’s homage to the African-American singer, actor and civil rights activist Paul Robeson, will also air at the Tate for the first time in the UK.

I love a good excuse for a cheeky weekend away, especially if it means spending time at Liverpool’s historic waterfront, Albert Docks.  Following on from the incredible Keith Haring exhibition, Tate Liverpool have brought over another great American artist, Theaster Gates.

Gates is one of the world’s most influential living artists, so I couldn’t recommend his exhibition more if I tried!  His exhibition Amalgam, which explores the complex and interweaving issues of race, territory, and inequality in the United States is not one to be missed.

ArtHouse Jersey on the lookout for new Board trustees