Customers want to hang up on JT 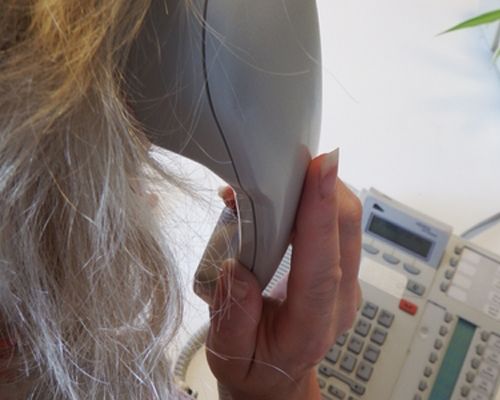 Customers want to hang up on JT

More than half of landline customers say that they are “likely” or “very likely” to change their provider when competition finally begins in 12 months, according to an independent survey that has been heavily critical of JT.

With less than a year to go before the competition regulator’s deadline for opening up the landline market, the results of the independent survey by the Channel Islands Competition and Regulatory Authority suggest that a lot of Islanders are itching to make the switch.

But Graeme MIllar, the chief executive of JT, apologised for the "disappointing" results and said that the survey was carried out at a low point for JT, just as they were struggling with a new billing system.

He said that customers should have already seen improvements to the service, and that more improvements were coming. He added that JT had taken on a specialist adviser in customer service who was advising the board on how to look after their customers better.

"We track customer satisfaction every month, and have been for about three years, and we can already see some green shoots of recovery," he said.

"We have looked back over the last 12 months and month by month we can see improvements."

The survey found that:

-       45% of respondents rated JT’s quality of service as satisfactory or better.

-       59% said they would be likely or very likely to change provider as soon as they could.

She said: “JT is currently the only provider of fixed line services in Jersey.

“Competition encourages telecoms operators to improve the quality of existing services and introduce new and innovative services into the market in order to retain existing customers and win new business.

“Giving consumers a choice of fixed line providers delivers benefits to all, not just those who decide to switch providers and we are keen to ensure that consumers have that choice as soon as possible.”

A second report on mobile telecoms services is due out in a month’s time, and a report on broadband services is expected out in early September.

Posted by david forde on Aug 4th, 2014
Not too surprising since all they have ever done is unnecessarily rip off their customers at will!
Posted by Mike Pitman on Aug 4th, 2014
Having received yet another set of bills which are beyond comprehension, I have phoned JT and told them that I too will be moving at the first opportunity. I have supported them for some 40 odd years, even when friends and family have moved and queried my sanity in staying. Sorry JT but if it beyond the intelligence of your overpaid management to produce a simple and understandable bill then it is entirely your own fault.
Posted by Tim South on Aug 4th, 2014
Very revealing Bailiwick Express - with elections ever closer, can Treasury Minister Philip Ozouf now explain why he felt it the right course of action with JT's customer base so unhappy, to award the CEO a £118,000 tax payer funded bonus on top of his absurdly generous wage packet.

Both clueless.
To place a comment please login Login »