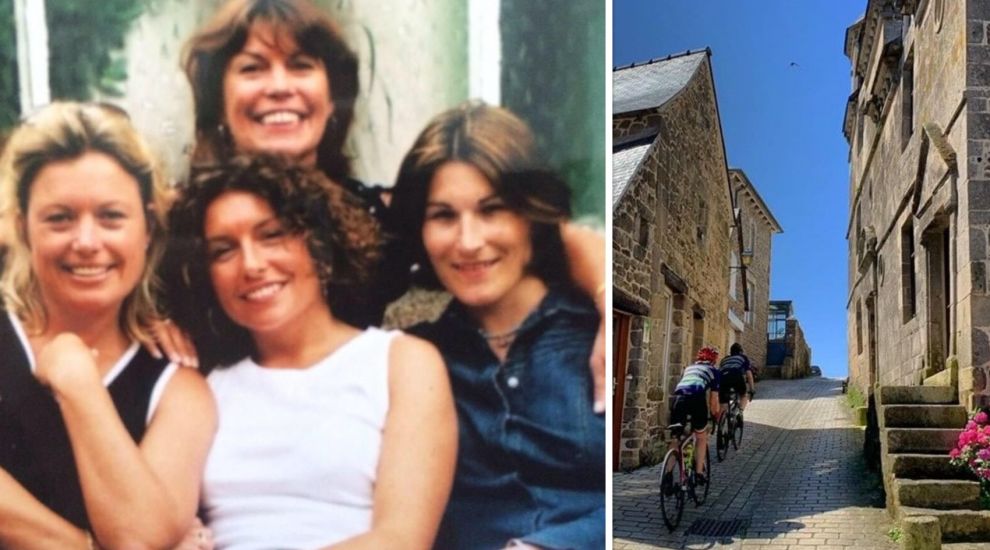 A cycling newbie is taking on one of the Tour de France's most famous climbs as a way of giving back to a charity that helped pay for her mum’s medical bills and provided counselling to her family when she was diagnosed with cancer.

Nina Quinn (44) will be cycling 365km from Lyon to Marseille over four days from 26 September in aid of Macmillan Cancer Support Jersey.

The route will include Mont Ventoux, one of the Tour de France's most famous climbs which sits at 1,909m.

Originally, the challenge was due to take place in May between Bologna and Rome but uncertainties over Italy’s quarantine policies led the team to move the challenge to France.

Pictured: Mont Ventoux is one of the Tour de France most famous climbs and sits at 1,909m.

“We only found out two weeks ago that it was moving to France,” Nina said. “The first words I heard were, ‘It’s the same distance but more challenging and over less days.' When they mentioned Mont Ventoux, a lot of experienced cyclists were pleased because it was on their bucket list, but the novices looked quite horrified.”

Nina signed up for the challenge back in 2019 after a friend encourage her to join. A self-confessed cycling novice, she bought her first mountain bike in 25 years in October 2019, followed by all the necessary cycling gear and properly started training in February 2020.

“I was completely new to cycling,” she said. “Me and my friend started training together, we had a few falls with our cleats coming off the bike. We contacted people who are experienced cyclists. They let us join their group of cyclists, which has a mixture of experienced and newbies.

“There are 50 people doing the cycle challenge. There’s a small group of us, 15, who has been training together and supporting each other.

“Lots of people who are doing the challenge have done their individual events to raise money for the charity, everyone has supported them. There was a 100k cycle, the whole group supported it as part of our training.”

Over the past 19 months, Nina has been riding regularly, with a goal of 10 hours a week. In Jersey, she has been covering a mixture of flats and hills and riding on consecutive days to prepare for the ride. She recently took part in a training ride in France from Saint Malo to Saint-Brieuc, which included 1,500m of elevation over two days.

“Last week, we did Bouley Bay 10 times, which was a third of the distance of Mont Ventoux,” she added. “It was quite hard but if you get into a pace that you can cope with and stay in that’s better than trying to catch up with someone. It made me more comfortable that I can achieve Mont Ventoux.

“When you start, you think you are getting better at cycling on your own but it’s not until you go out with an experienced group and they push you that you start to improve, otherwise you just plod along. The group that has supported us has really helped us improve our fitness.”

Having always maintained her fitness and with a background in netball, which she played until seven years ago when she gave birth to her little boy, Nina admits she thought she would fare better at cycling. 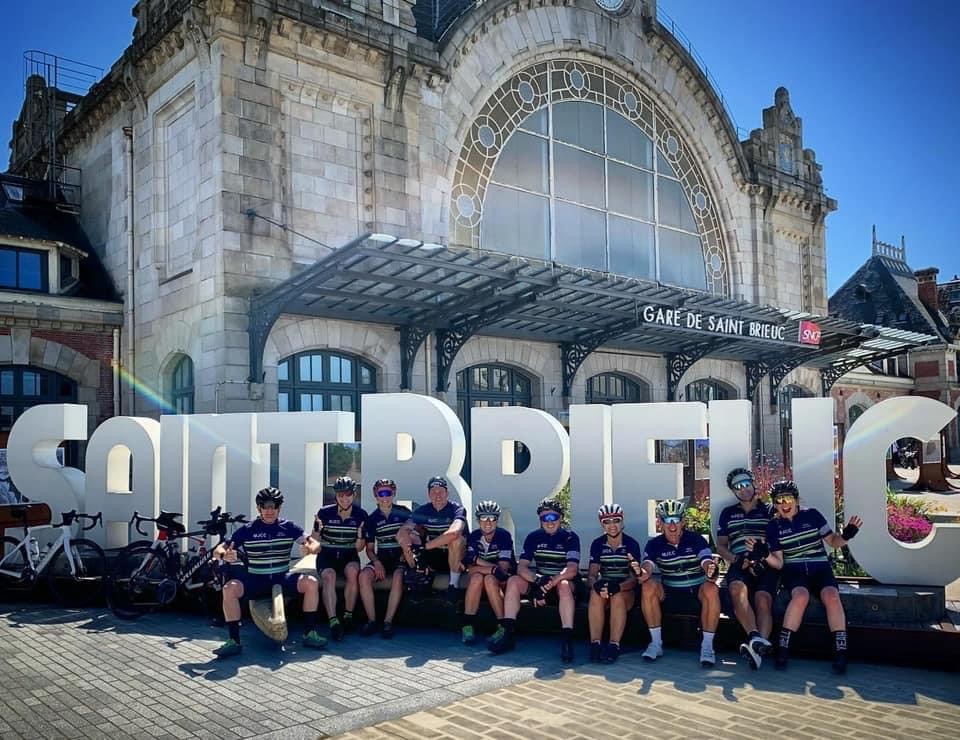 “Climbing the hills was really hard,” she said. “I thought would be better than I was because I had quite a good history of keeping fit and going to the gym. I thought cycling was easy, but any sort of elevation was difficult, having the strength in your legs to maintain the pace. I always struggle at Greve de Lecq!

“My main objective is I do not want to have to get off the bike on any incline, even if I am going as a snail.”

Nina said she was really pleased to be able to support Macmillan Jersey through the challenge given the support they gave to her family when her mum, Jenny, was diagnosed with stage 4 Glioblastoma, an aggressive form of brain cancer.

Sadly, Jenny passed away in 2014 just 12 weeks after her diagnosis and the charity, Nina says, were “amazing” during that time.

“Macmillan Jersey helped with mum’s medical expenses which she would not have able to afford herself,” she said.

“They also gave counselling during mum’s illness and after as well. It was really helpful because mum’s tumour came on so quickly, we were all struggling to come to terms with it. Speaking to people who understood the illness was helpful and the support continued after she passed, they gave counselling.

“They also helped with little things like paying bills, small touches that make a difference to the person or the family. They do an amazing job and its good for Macmillan Jersey to be recognised.” 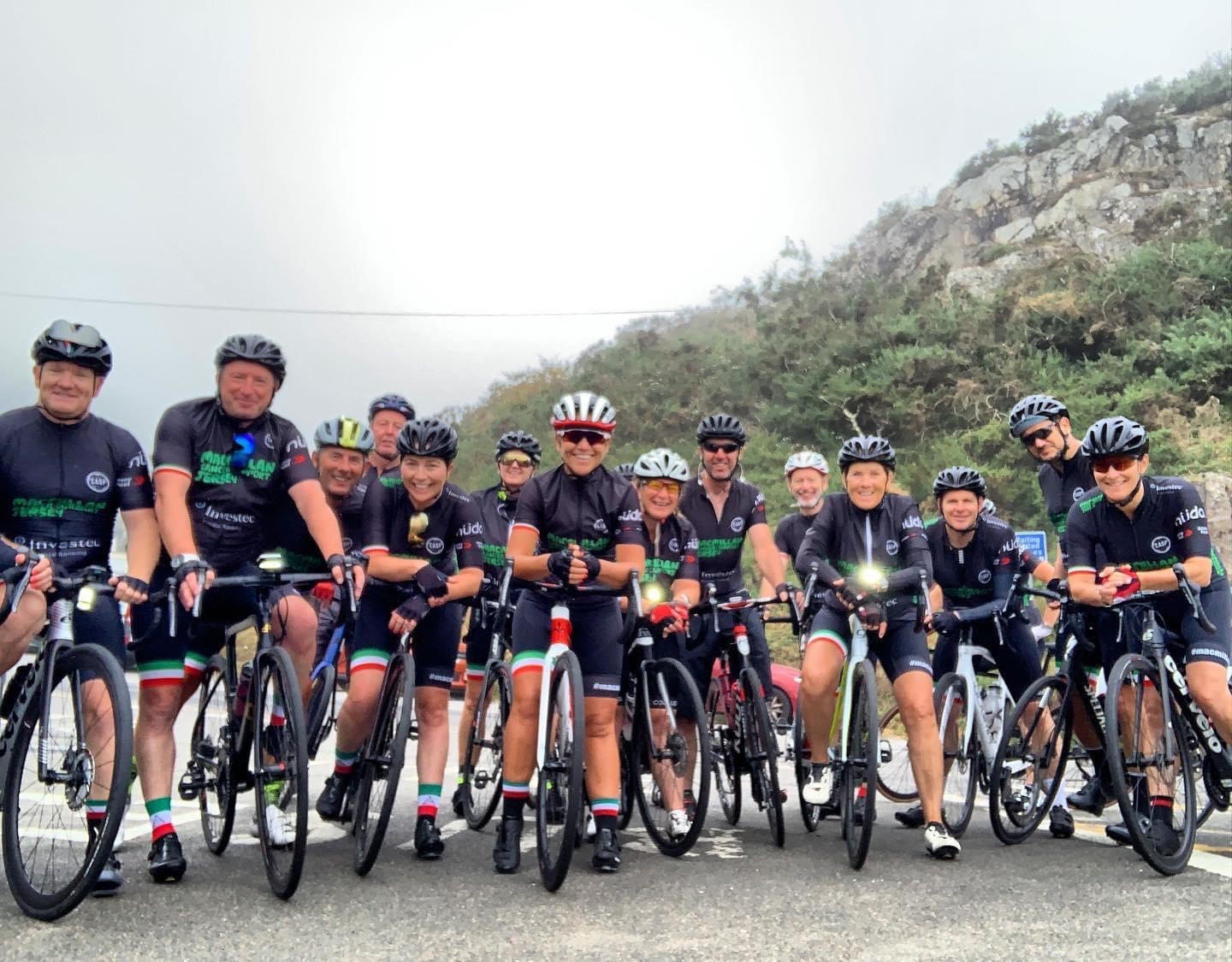 Pictured: About 50 people are taking part in the challenge in support of Macmillan Jersey.

With only a few weeks to go before the ride and the support of her family who are “really proud” of her but also think she is “a bit crazy,” Nina is feeling confident. She also confessed she had caught the cycling bug and has already committed to doing the Bologna to Rome and perhaps others as well.

“I could not have trained any more, you try and fit in training with work and home life,” she said. “Finding time to train has been hard. I have been doing early mornings and evenings and even bought a turbo trainer to train during winter.

“I think that any challenges, if you are not involved, it feels a bit daunting, but if you put in the work and understand how you are going to achieve it, it becomes less and less of a worry.”