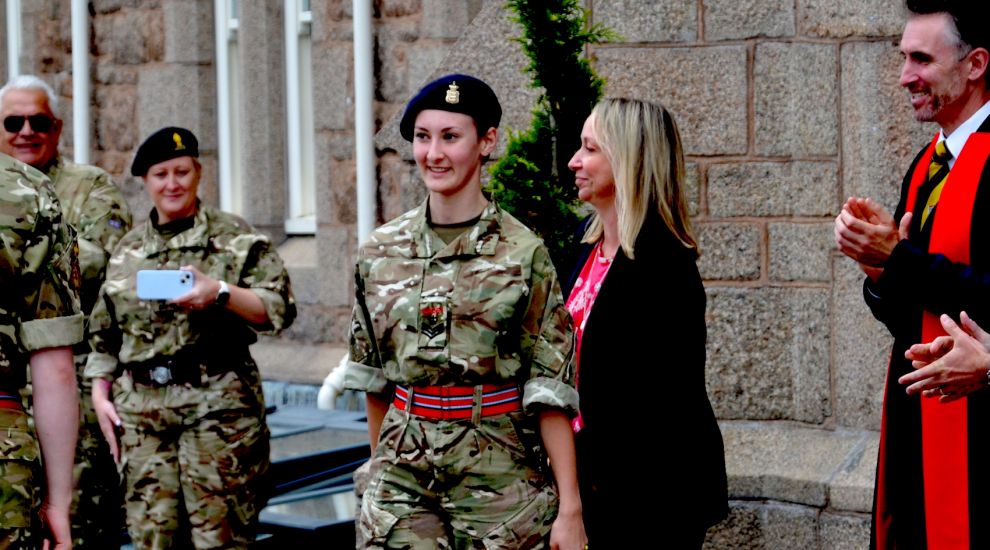 A dancer who joined CCF "on a whim" three years ago has been promoted to the rank of Senior Cadet - the first female student to ever be appointed to the role.

The Combined Cadet Forces accepted students from both Jersey College for Girls and Victoria College for many years, however this stopped in the late 2000s. The partnership was revived in 2018.

After three years’ service, the Year 12 student was promoted to the rank of Cadet Company Sergeant Major, while three other JCG students also received promotions.

Liberty’s new role will involve ensuring the smooth running of the contingent, with support from the senior NCO team, and planning for upcoming ceremonial events at both colleges, public events and cadet force competitions. 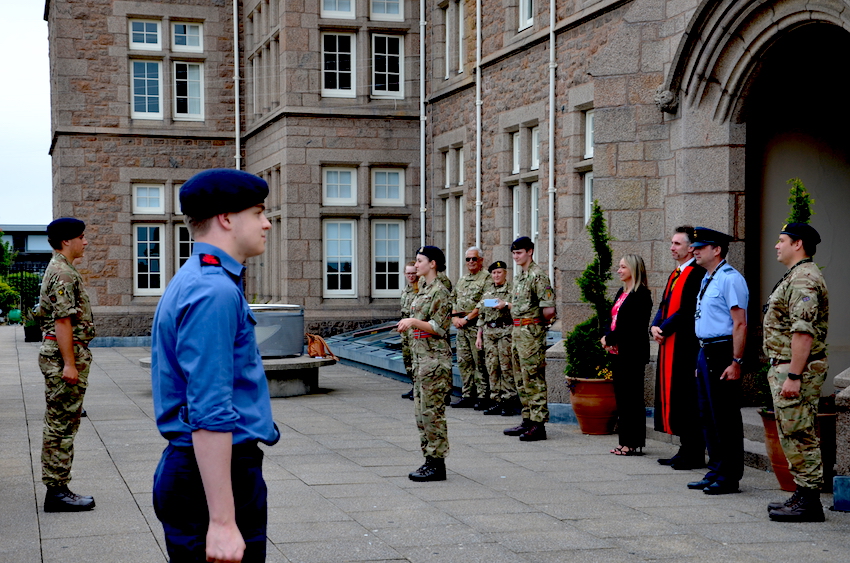 Pictured: "...it was a surprise to both myself and my parents that I’d taken a keen interest in something so far out of my comfort zone.”

Liberty explained that her year group was one of the first to have students from JCG invited to join the contingent, and that she ended up joining with friends “more or less on a whim.”

“At the time, I was a dancer, so it was a surprise to both myself and my parents that I’d taken a keen interest in something so far out of my comfort zone.”

She described her experience as “irreplaceable”.

“…It’s safe to say that I wouldn’t be as confident, outgoing or resilient without this opportunity.

“In my opinion, there’s absolutely no time better spent than being surrounded by the kind of environment we have within the CCF, where you’re continuously challenged and supported, become part of a team and develop transferable life skills.”

While she has valued the practical skills she has learnt, her favourite element remains the camaraderie. 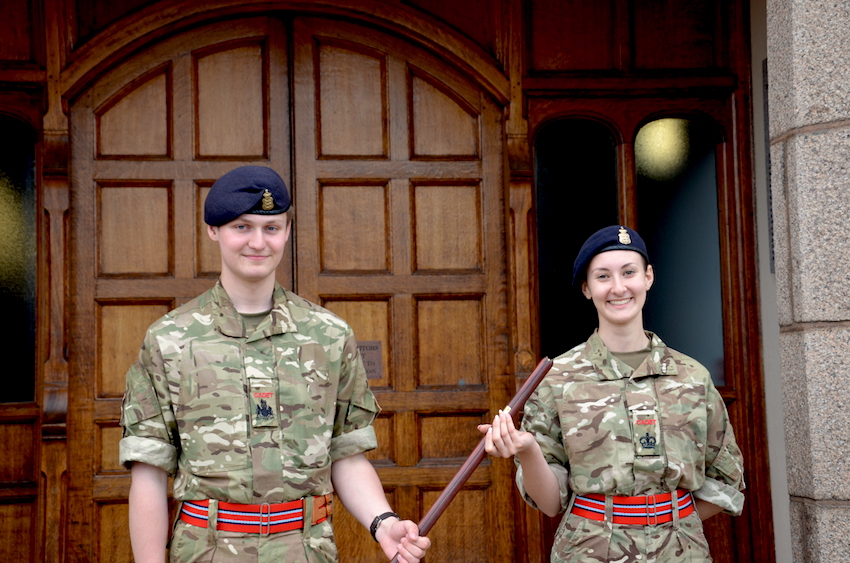 Pictured: "You gain a real sense of belonging within the contingent."

“Through each competition, camp, exercise and session, you gain a real sense of belonging within the contingent,” she said.

She later added: “Through developing teamwork and real trust within your own year group, you begin to find a real sense of pride in your own and other people’s achievements, as well as those younger cadets that you mentor and watch grow over the period of a few years.

“Nothing beats the feeling of watching the individuals around you achieve the things they’ve worked hard for and being congratulated greatly by others too. The cadets are also hugely responsible for the high morale of the contingent, their enthusiasm making it possible for us to continue putting on exciting activities for them on a weekly basis.

“Without them, the spirit of the contingent wouldn’t be anywhere near as strong as we see it today.”

Reflecting on her promotion, Liberty said: “The role is an honour to have, and I hope to do the contingent justice this upcoming year!”

She wasn’t the only JCG student to be promoted on Friday.

Ryanna was promoted to 2IC of the Contingent, Louise to Royal Navy Senior Cadet and Heather as 2IC RAF Section.

Squadron Leader Simon Blackmore, the Contingent Commander, said: “Since we started a partnership between Victoria College and Jersey College for Girls in 2018, I have been greatly impressed by the attitude to training and commitment by students from JCG.

“We have worked on ensuring girls have had access to development opportunities which has allowed them to be recognised as leaders and promoted to NCO ranks within the Contingent.

“Well done to all Cadets on their hard work to achieve these senior positions.”