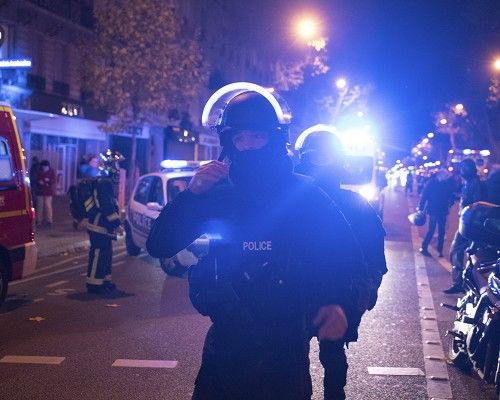 David Cameron will chair a meeting of the Government's Cobra emergency committee in the wake of the terror attacks in Paris which are feared to have killed around 120 people.

A state of emergency has been declared in France after a night of horror in the capital.

There were two suicide attacks and a bombing near the Stade de France stadium, shootings at restaurants and a massacre inside a popular music venue in what is the worst violence to hit France since the Second World War.

Eight attackers died, including seven in suicide bombings, but the city's prosecutor said it is possible there are still terrorists on the run.

Security has been stepped up and border control checks re-imposed after the attacks, which President Francois Hollande described as an "abomination".

In horrific scenes officers stormed the Bataclan concert hall where hostages were being held but attackers, wearing suicide belts, blew themselves up, leaving 80 people feared dead.

Earlier reports indicated 100 people had been killed inside the venue.

During a visit to the concert hall in the early hours Mr Hollande, who has cancelled his trip to the G-20 meeting in Turkey, said the country will be "merciless" against those who have attacked them.

"We will lead the fight. We will be merciless," he said.

The national football side was playing a friendly match against Germany at the Stade de France when two suicide attacks and a bombing took place nearby.

President Hollande had been at the stadium but was evacuated.

Gregory Goupil of the Alliance Police Nationale said there were at least three dead in the attacks near the stadium. He said the explosions went off simultaneously.

As many as 18 people died when the terrace of the Rue de Charonne was sprayed with gunfire, while around 14 people were killed when Le Carillon bar-cafe, and the nearby Cambodian restaurant Le Petit Cambodge, were also shot at, prosecutor Francois Molins said.

Two hundred people were injured in the string of attacks, French media reported.

Scenes of "carnage" were described by witnesses at the Bataclan, who said there was "blood everywhere".

World leaders including Barack Obama and David Cameron have spoken of their shock and outrage at the violence.

The Foreign Office said it was in "close touch" with the French authorities and it was "urgently investigating" whether there were any British victims.

The attacks come after the Charlie Hebdo atrocity, which took place in January and saw 12 people killed after gunmen stormed the offices of the satirical magazine.

They also come a day after Islamic State militant Mohammed Emwazi, known as Jihadi John, was targeted in a US air strike in Syria. It is not clear if there is any link.

The Bataclan concert hall had been due to host a gig by US rock band Eagles Of Death Metal. All of the group have been accounted for and are safe, a US official said.

The Foreign Office advised Britons to "exercise caution in public places" following the attacks and people with concerns about British friends or relatives in Paris can 0207 0081500 for assistance.

In a message on Twitter, Mr Cameron said: "I will be chairing a meeting of Cobra this morning following the horrifying and sickening terror attacks in Paris."