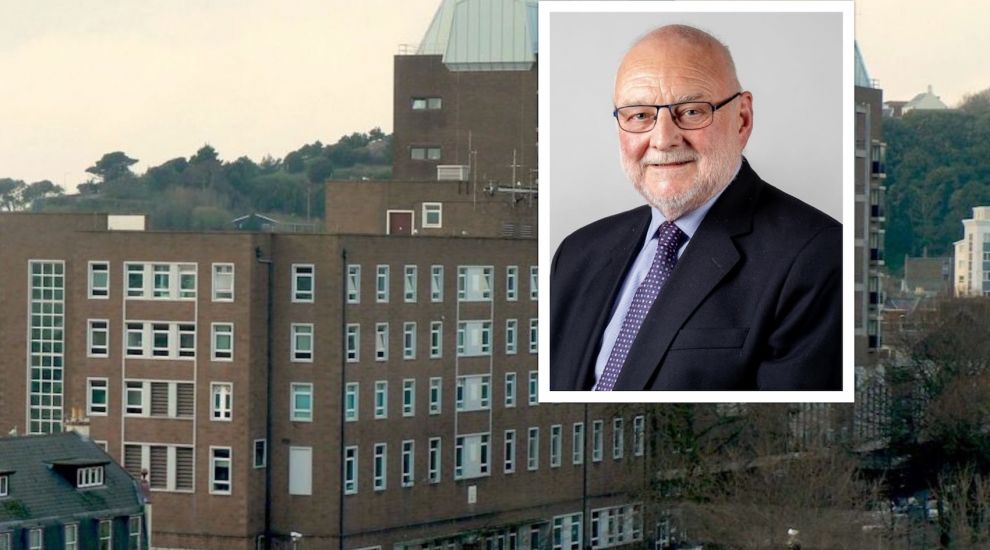 A Deputy has launched a bid to throw People's Park off the hospital site shortlist and replace it with Warwick Farm and St. Saviour’s Hospital.

The proposal, put forward yesterday by St John Deputy Trevor Pointon, states that there are “clearly problems” with both Overdale and People’s Park, both which are the current finalists.

Arguing for his two extra site choices, Deputy Pointon highlighted that Warwick Farm is already a near level site with basement capacity and “is adjacent to Town with road access and infrastructure services already in existence.”

He added that the site was already owned by the Government, and that "although there is currently a leaseholder in occupation, it should be possible to amicably break the lease."

On St. Saviour’s Hospital, he reasoned that in uncertain times, we should not be discounting any site, pointing out that it “has long been standing derelict", and that, hospital or not, infrastructure upgrades would be needed on the site.

He did note, however, that for the site work, “the existing granite building would have to be de-listed.”

Pictured: Deputy Pointon said that we should consider all options in "uncertain times" when explaining his inclusion of St Saviour's Hospital.

Further explaining his reasoning, the Deputy said in the proposition that “building a new hospital on People’s Park will be vigorously opposed by the Parish of St. Helier and the general public of the island.”

He also pointed out its “limited special capacity” of 22,784 m² and questioned the “ability of the site to accommodate a co-located Mental Health Inpatient Unit.”

Looking at Overdale, he called attention to the fact it “would require extensive demolition works”, saying that over 55 buildings could be demolished to make way for a new road. He did concede though that it “could be a viable option”, but emphasised that “it is important to recognise that this would be an expensive choice.”

The proposition is due to be debated by States Members in November.

Posted by Keith Marsh on Sep 23rd, 2020
I'll agree with any proposal that takes People's Park off the hospital site shortlist.
Posted by Michael Blampied on Sep 23rd, 2020
And there was I foolishly thinking this saga was finally reaching a conclusion. Far from it in fact. This seems like a great game for all the family in these challenging times. I’ll see Deputy Pointon’s Warwick Farm, trump his St Saviour’s Hospital site with Millbrook Park and raise him the former JEP site, the Hideout Cafe at La Pulente and half a dozen as yet unspecified sites of foreshore encroachment. Beat that.
Posted by Nigel Geary on Sep 23rd, 2020
At last! A politician with a brain!!
Posted by Scott Mills on Sep 24th, 2020
can anyone provide any insight into why there was a large electricity sub site/station built near to people's park?
Posted by DIANA STOCKS on Sep 24th, 2020
Warwick Farm on its flat site and a major road just on the outskirts of town must be a far better site than Overdale.Also the perfect site at the Old St Saviours Hospital must have been top of the list.Whilst that would require some improvement to the present road system the Overdale site would also require major development to get access to that site .
Posted by Sidi Smith on Sep 24th, 2020
One step forward, two back. We'll never get a new hospital at this rate. Please can we let the final stage play out? We're finally getting there IF politicians stop promoting their own choices.
Posted by Paul Troalic on Sep 24th, 2020
I have to confess I have never heard of a deputy Poynton but the arguments he puts forward are sound.
Neither Overdale nor People’s Park are the ideal options for many reasons and how on earth any supposedly intelligent people came to this conclusion is beyond me. But when a current States member can suggest that a person can be elected a politician after only 2 years on the Island it begs the question where are these people’s brains kept!
Of course Warwick Farm and St Saviours Hospital should have been included as they are the only logical sites for all the reasons Deputy Poynton has stated.
I sincerely hope that his proposition is widely supported as political careers could hinge on this major and life-changing decision.
To place a comment please login Login »

Buy-Buy to parking around the People’s Park